Recently Georgia has been pretending not to know the answer to things.  Answers that she clearly knows. Pretending she doesn't know the answers to some of the questions she's asked would be like saying she didn't know the lyrics, by heart, to every Wizard of Oz song on our iPod (yep--I sure did make that mistake). Her not knowing--is simply untrue. 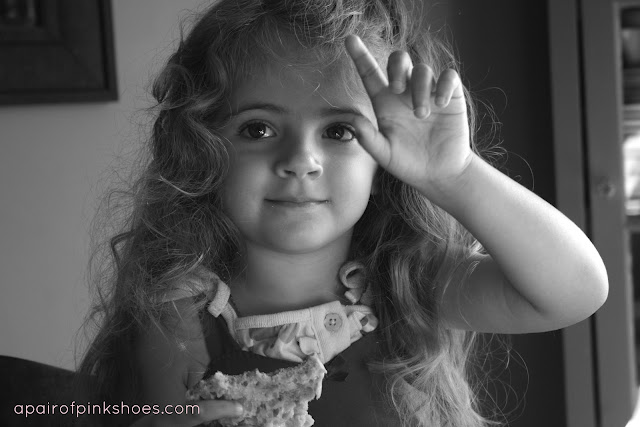 Or she'll defer answering to someone else with a, "You tell daddy, mommy.  Can you say it? I don't remember. " And in the last week she's started my least favorite kid thing, and one that I'm determined to break; the whole, "I have a secret to tell you," like she's not confident enough to just blurt it out like she was a week ago.

Sure.  I could pass these off as fleeting kid things.  All kids do it.  It's normal.  Just humor her in it.  It's no big deal and the excuses continue.

But I don't want to.

My husband is a man of amazing words.  He always knows the exact right thing to say, the way to put an argument into words that everyone understands and that is hard to argue with.  The other day I heard him talking to Georgia about this--because this phenomenon of 'Georgia not knowing' is not okay with him either.  He told her, "It's a good thing to know the right answer Georgia.  It's okay.  Don't hide it.  We are proud of you when you know the right answer. And if you know the right answer--you don't have to tell us a secret about it.  Be proud of it.  Say it confidently." 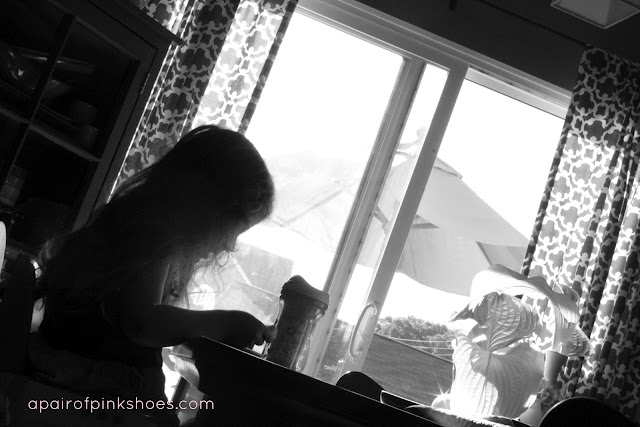 She hangs on the words that daddy says.  She lets them sink in and takes them to heart.  So we've made it a habit to say to her over and over, "It's okay to know the right answer.  Be proud of it."

I think the part that bothers me the most about this is that I see it as the beginnings of a trap that so many girls fall into.  They grow up thinking it's funny to not know, be silly, act confused to get a laugh, let someone else speak up, or follow everything they say with a, "you know what I mean?", "does that make sense?", or "something like that."

How many times have you heard a girl, or caught yourself, saying, "I thought that movie was ridiculous.  The story line didn't make sense and there was no character development......you know what I mean?" Or, "I think history is really cool......I love to learn about other people and places and imagine what life must have been like.......does that make sense?"

As if it wouldn't make sense to like history.  Or having an opinion about a bad movie needs to be clarified......justified.....by someone else other than yourself. 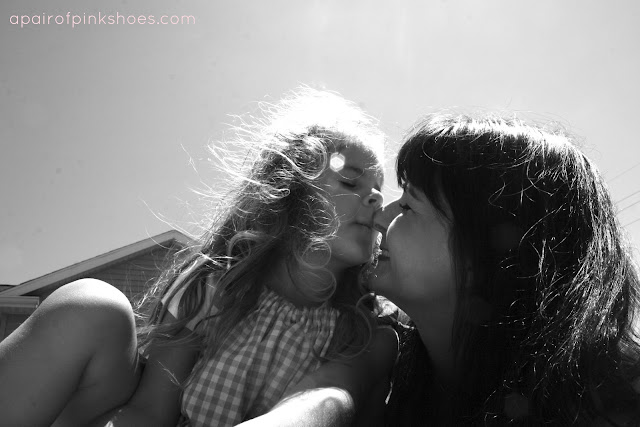 Girls need to be confident about what comes out of their mouths.  They need to know that no one needs to validate those thoughts, put a proverbial seal of approval on them, or agree that, 'yes........that does in fact make sense.......so it's okay to think it.'

I think intrinsic confidence starts at home.......when our girls are little.  When our girls think it's cute or demure to act like they don't know an answer, when they want to whisper an answer into our ear instead of saying it confidently.........we need to help them understand.......that's not how we do things. 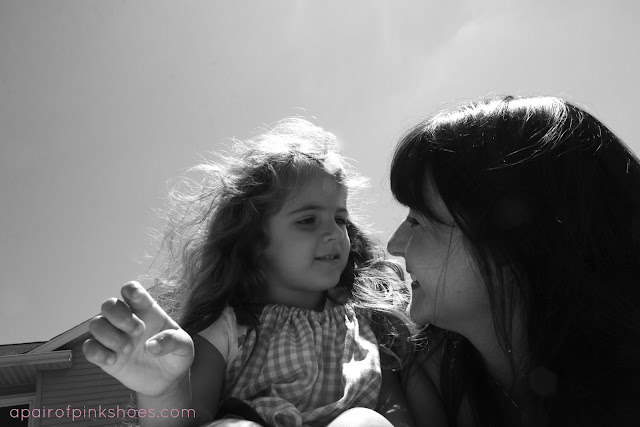 And I'm not saying that I want Georgia and other girls, or anyone for that matter, to be this big barreling force that steam roll over everyone else, blurting out every thought that comes to their minds whether they're intelligent or not just because they always have to be talking.  And I'm not saying that I think making sure that our children's self-esteems are this big gooey mess of love and good feeling and you can do no wrong because you're the best little gift this planet has ever received is the right thing either--sometimes we all need to be taken down a notch.  And let's be honest--over inflated self-esteems are the last things American kids need.

I'm saying that I want Georgia to listen to that voice inside her that tells her, "You know the right answer.  You can say it.  Don't keep that in.  It's important for people to hear." If she's smart about something I want her to revel in it, in a humble way, not cover it up, over and over until that flame is all but distinguished.

I spent a lot of my life pretending I didn't like stuff that I actually loved or that I liked stuff that I couldn't stand.  I didn't tell people I loved to write and that I spent hours in my room typing stories on the word processor I'd asked for as a birthday present. They'd think it was stupid for sure.  I wasn't honest about the fact that I could have cared less about playing sports until after two ridiculous years on the middle school basketball team in which I scored no points and wore black Calvin Klein high tops because they looked cooler to me than Reebok pumps.......and they flat out were--let's be honest.  And I remember too many times to count how often I feigned not knowing something while with a group of friends because I thought people would think I was weird that I had remembered something 'like that' or that I'd be interested in something so........schooly.

And it scares me.  Because with everything that makes me a mom.........I desperately want my daughter to feel stronger, braver, smarter than I did while growing up. 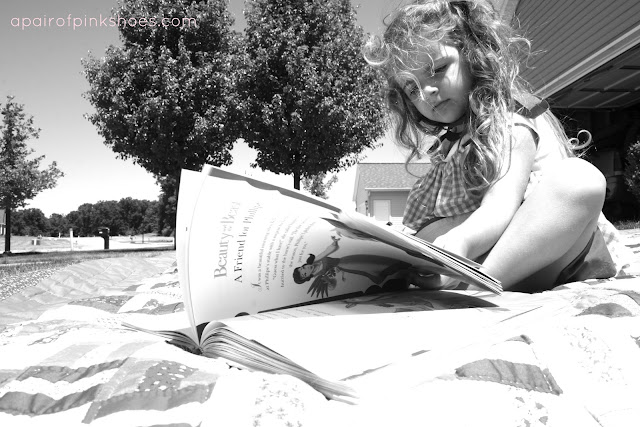 I'm also not naive to the fact that girls, or kids, raised in an environment that contain all the ingredients to turn out the most confident, self-assured young women don't always end up that way.  I know this because I believe my parents provided an environment that should have resulted in a stronger, more courageous me.  It's hard to predict though, what that boy on the bus might say to you that sticks forever, what one teacher might throw out casually but it leaves a mark, even what a parent might say without thinking you've heard--but you did.

And that's why I think I need to be that much more vigilant about these early days with Georgia when she expresses trepidation about giving the right answer, being right, talking in front of other people, looking people in the eye when she talks, and knowing things. 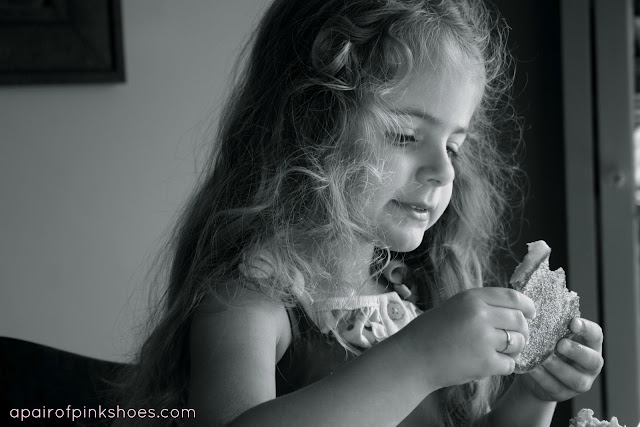 If she wants to be quiet, reserved, a discerning follower..........or.........if she wants to be out-going, boisterous, energetic, and a wise leader.........it's fine.  But I want her to be sure.  Sure of herself.  Confident in her knowledge.  Able to say what she believes and thinks in a kind way that doesn't need validation from someone else with a 'does that make sense?, do you know what I mean?, or 'something like that.'

I want that so much for her. 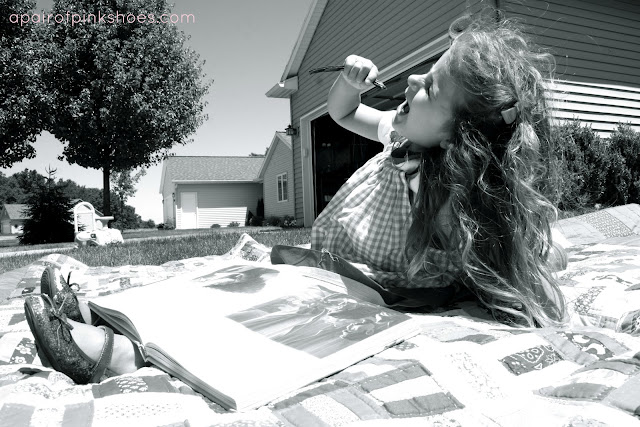 I think that as far as America has come regarding equal opportunities for boys and girls, sometimes I think we've missed the mark.  It shouldn't be so much about equal playing time and heaven forbid there is one more boys sport than a girls sport at school, or that women can now break through that glass ceiling (see the forest through the trees with me here) but about equality of thoughts and words.

It's a strange dichotomy that so often girls from educated families who are provided opportunity after opportunity for empowerment frequently think of their thoughts and opinions as sub par until they are well into college or have established themselves in their career.

My hope for Georgia is that we can work through these three year old days of hiding behind my legs, pretending not to know the right answer, or feeling like she needs to whisper secrets to me.  We'll practice being confident, learning that it's okay to be smart and to know things. 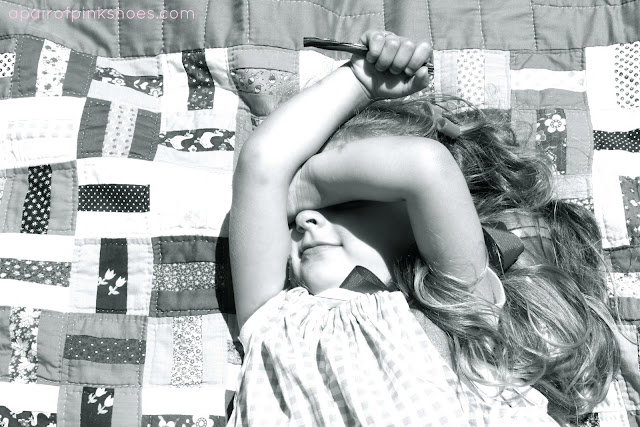 The earlier we practice confidence and believing that it's okay to know what people are talking about--the better.  Things like this I won't pass over lightly as a kid thing, as a phase, or just as 'that's who she is.' I know what it can turn into; I've seen it--in the middle school students I taught for a decade and in myself.  And stopping it starts early.  Like as soon as you see it.

She needs to be confident.
When she knows something is right, when she's interested in something, when she's explaining something.........I don't want her asking for validation, suppressing what she really thinks, or worse--not saying anything at all. 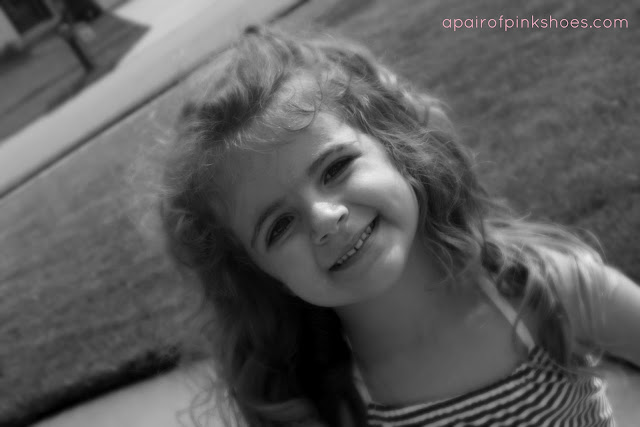