We'll be hanging out here for most of the week.....on the deck at my mom and dads house where there is no end to the fun.  Fun that absolutely includes this drink dispenser from WalMart that my mom, in one of her many genius moments, picked up for Georgia to play with.  We've been making 'soup,' 'lemonade,''bird seed special,' and the menu goes on and on. 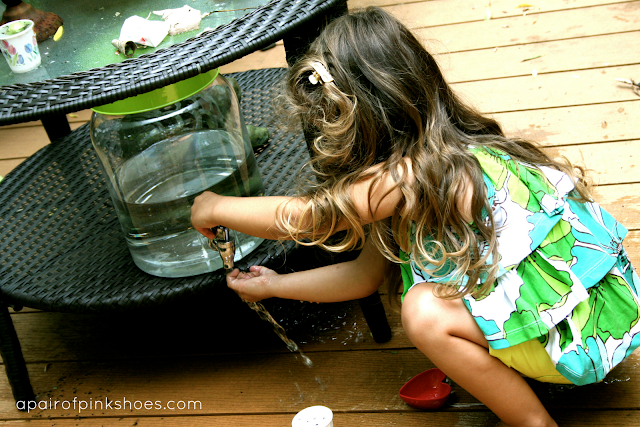 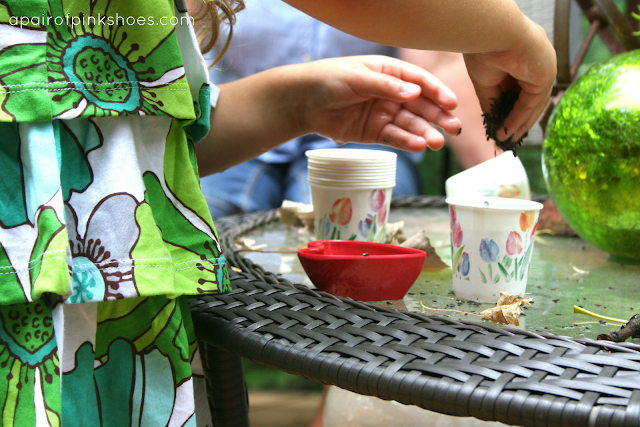 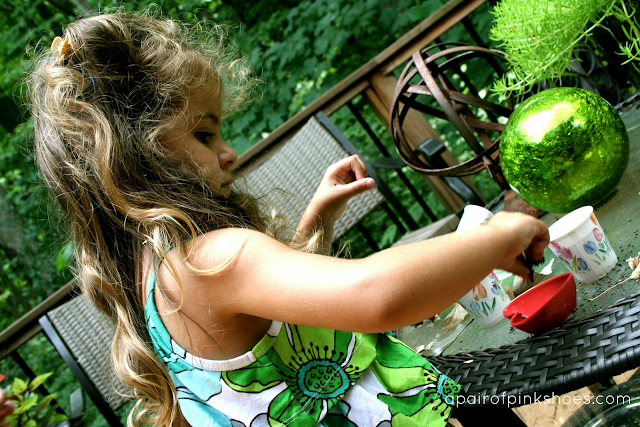 Chris is up in the back, back, back, back woods of Canada fishing, only reachable by a satellite phone (that I demand he rents), and where a boat drops him off at a cabin in the woods and checks on him mid-week to make sure there's no Deliverance-ish wild Canadians hanging out in the woods and that everything is on the up and up.  I won't mention the no-electricity/no-running water/no-bathroom thing or the fact that Chris was excited when he found a sleeping bag at MC Sports that his whole body would fit into and his head was covered when he zipped it up..........so mice couldn't crawl on him.

We're good here......on my parents deck, in their front yard......hanging out and playing all week. 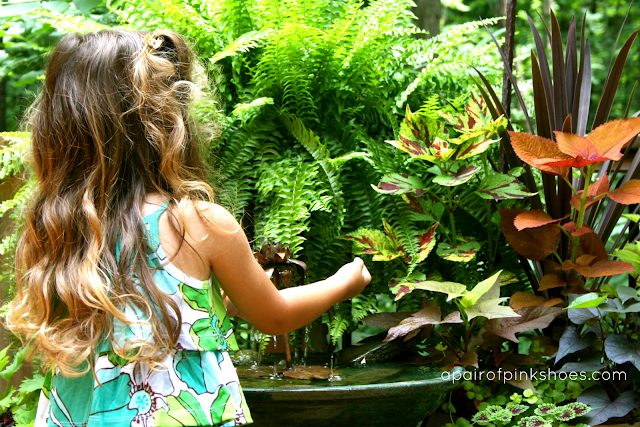 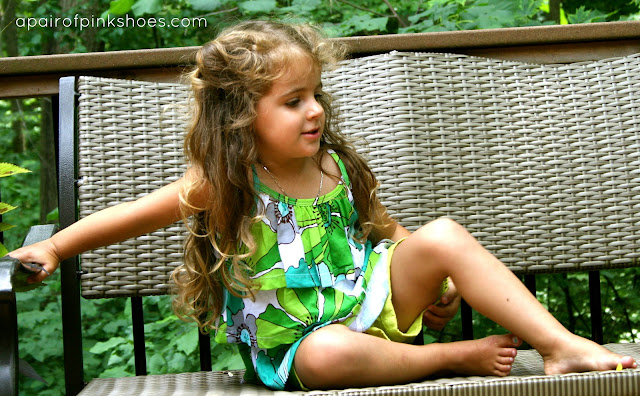 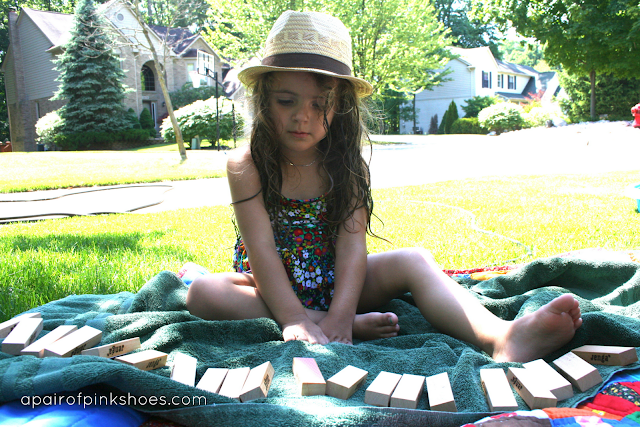 Playing a little game of Jenga memory on the front lawn with Gaga. 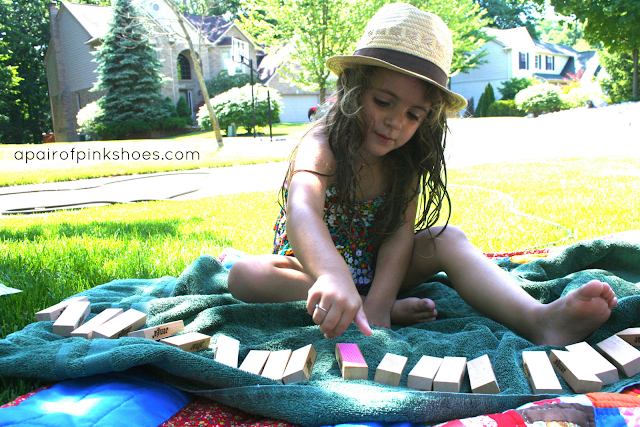 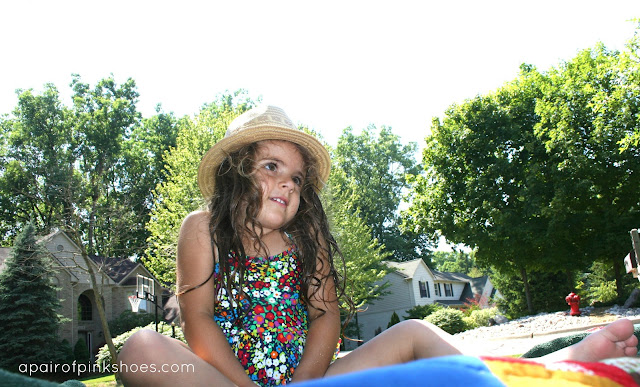 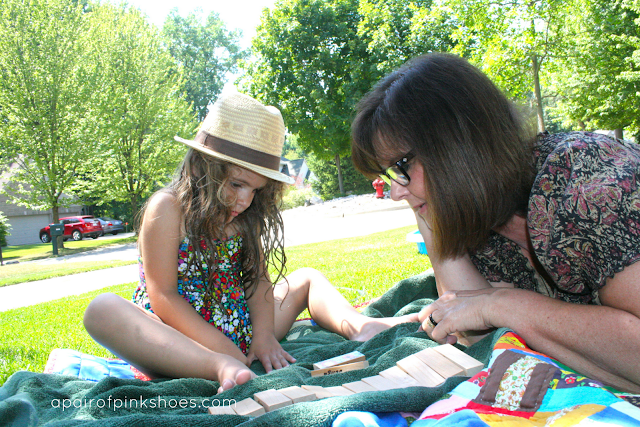 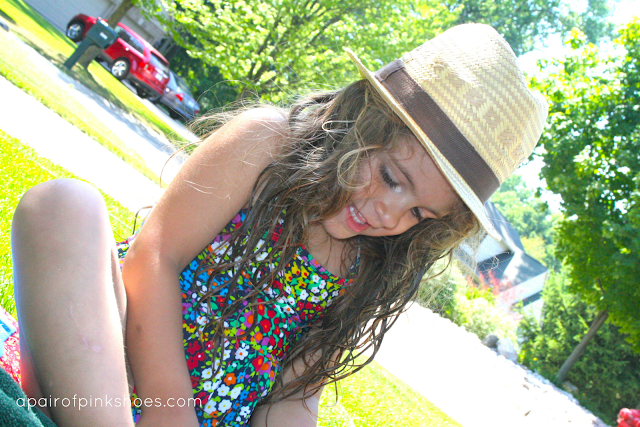 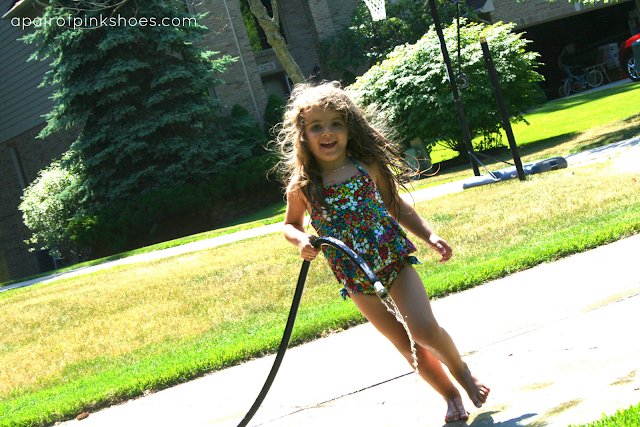 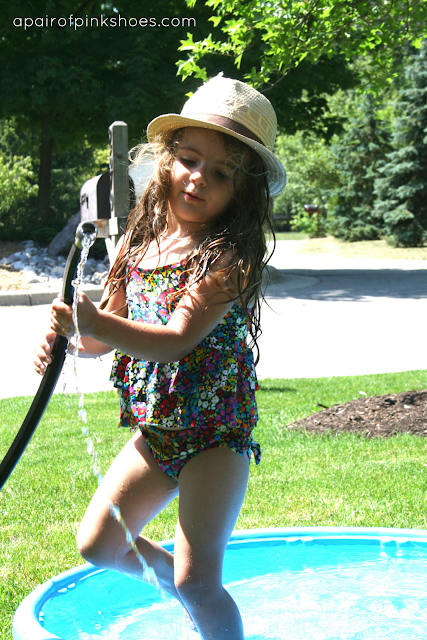 We celebrated Father's Day with a rainy grill-out on the deck under the awning which is so cozy and when the rain let up we headed to downtown Plymouth (where I hung out as a high school student and 'cruised' the circle around the fountain and pretended to drink coffee when coffee houses started to get cool) and had ice-cream for dinner. 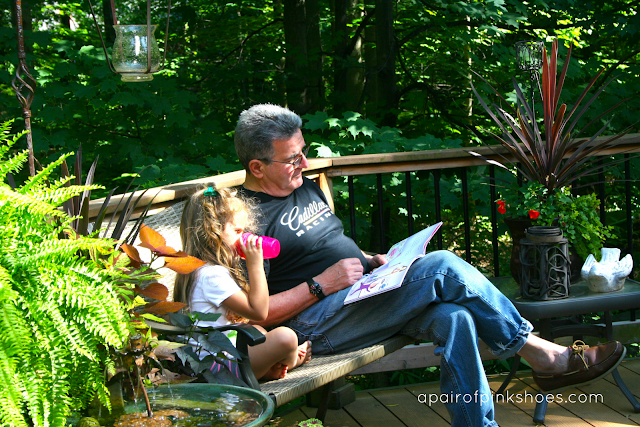 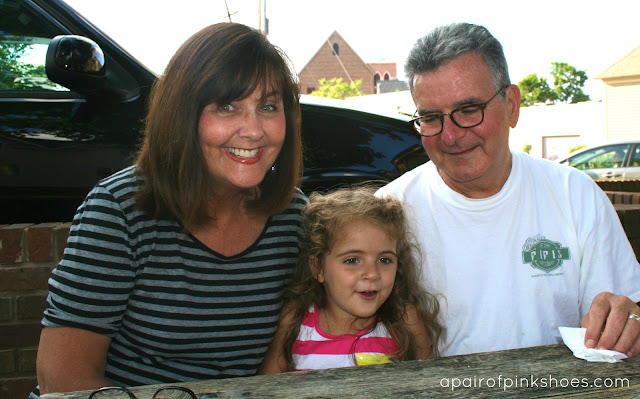 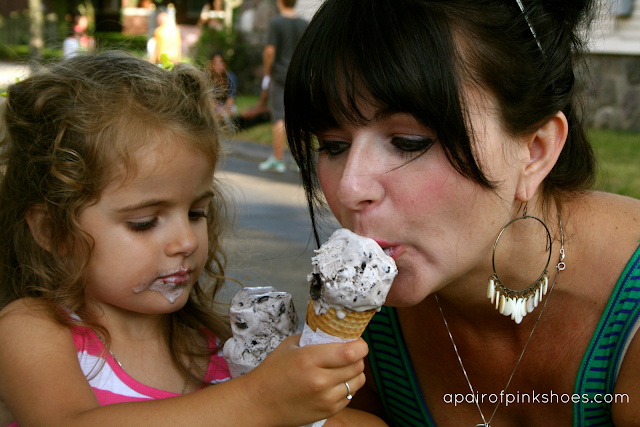 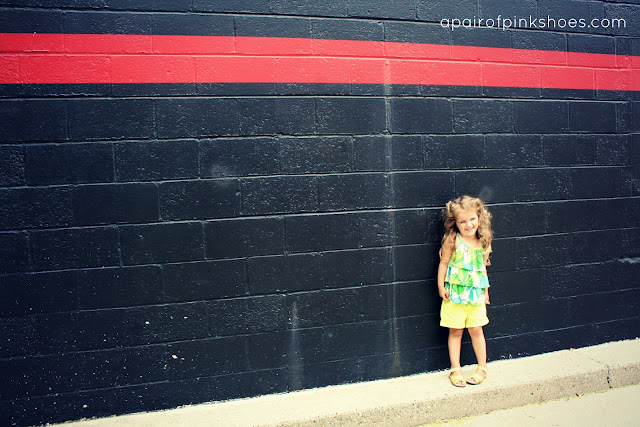 Have a great Monday.  I'll catch up with everyone later this week after we get home from my parents.