When the shoe is on the other foot.

Teachers.  I love you guys.  I was one for almost a decade, and I still work in education.  I mean--you're truly the best.  But some of you want to steal my five year old.  And it's making me hate my former self.

Georgia's headed to kindergarten (all day, every day here in Michigan…..#ridiculous) in about a week and I just can't……..

even put into accurate words how that makes me feel.  I've cried in the middle of the grocery store this summer on a Tuesday morning while she asked me for another My Little Pony realizing that she won't be around to go to the grocery store with me on a weekday until  the first time I let her skip school  a school break.  I've panicked almost every night during August when I've checked on her one last time before I go to bed because I worry that we haven't sucked every last thing we could have out of this summer.  And my husband has had to tell me on more than occasion this summer to "get a grip." 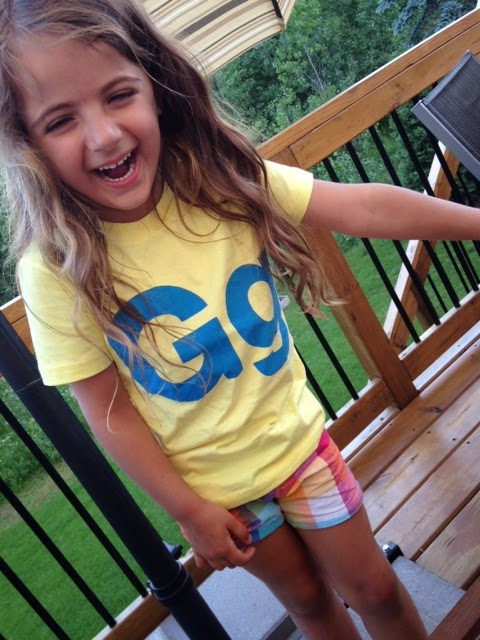 I will never be that mom who thinks the goobery dad in the Staples commercial gallivanting down the aisles singing "It's the most wonderful time of the year, " as he throws school supplies into his cart is right on.  I just won't.  I'll be the mom who is even more excited about a snow day from here on out--not really because it means I get to stay home from work--but because it means Georgia will be here too.

My friend sent me an article about kids going to kindergarten a couple weeks ago that talked about how great it was when kids could walk confidently into their classrooms, introduce themselves to their teacher, and have a good time………it meant they were secure, self-assured, strong, and that they felt safe in what mom and dad were asking them to do because mom and dad had proven to them over and over already that they only cared about their child's best interest.  My friend, in her wisdom, knew Georgia would be that kid.  I, of course, spent the next week worrying about whether that would happen….and if it didn't what that said about me as a parent.  I'm truly neurotic. 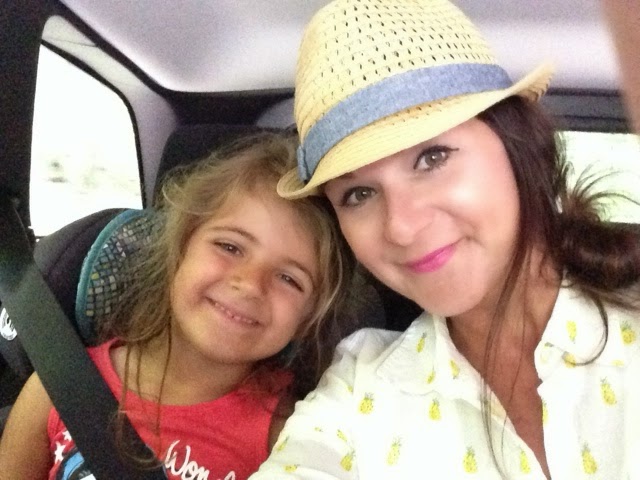 Tonight at kindergarten orientation when Georgia's teacher asked all the kids who were in her class to follow her to the classroom my one week old five year old walked right up to her teacher, introduced herself, turned around and gave me a smile and wave and disappeared around the corner.  When we rejoined her in her classroom 1/2 hour later she was great.  Happy to see us, but happy to be right where she was too.

Sometimes I get a little tired of the 'rejoicing in the streets' memes, videos, and advertisements about back-to-school. Right now--I honestly can't relate and I don't think I need to. I love this girl more than I ever knew it was possible to love another human being.  I'll miss her like crazy, but I'm so proud of the person she's becoming. 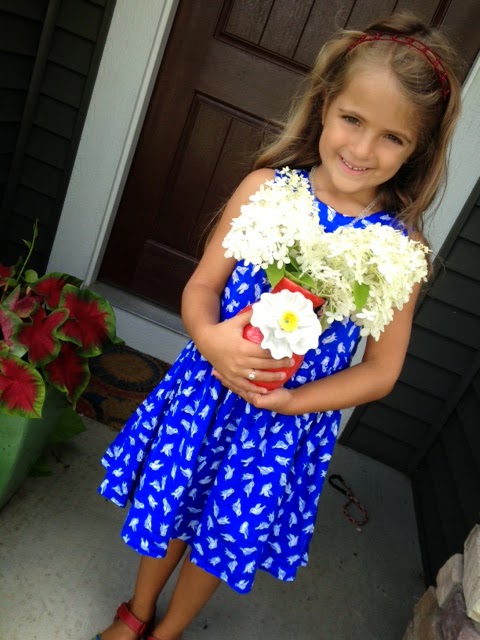 On the way to orientation….she has a dreadful cold and an ear infection.  She can rally like no one I know.

So here's to our first  year of 'real' school.
Here's to hoping I don't get a truancy letter in the mail by mid-October.
Kidding.
Sort of.
Posted by maggie at 10:15 PM No comments:

First….
THESE family pictures from my friend Lisa.  She's my Annie Leibowitz.  And she managed to capture some of Georgia's most of-the-moment expressions and I love freezing those in time. 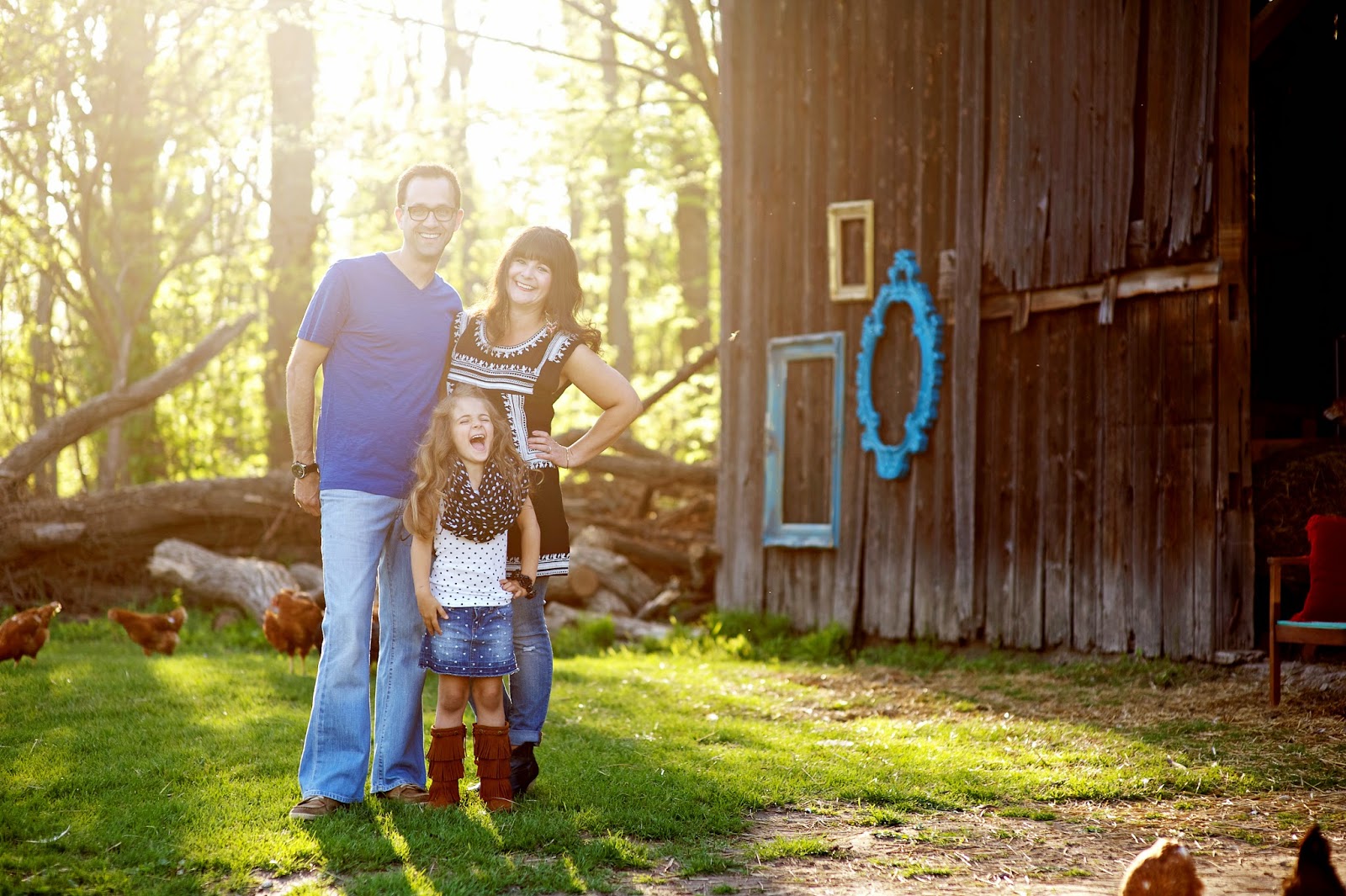 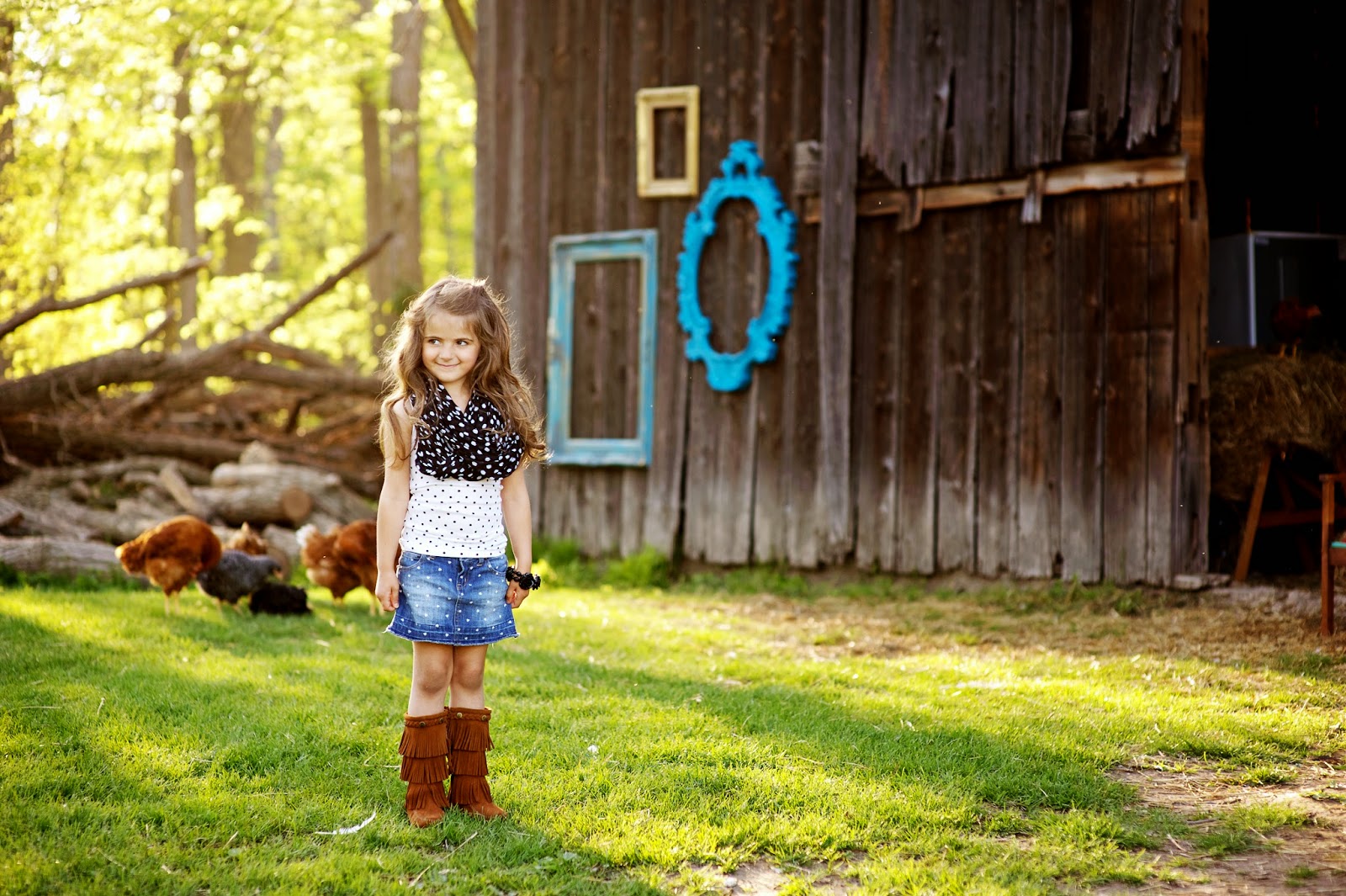 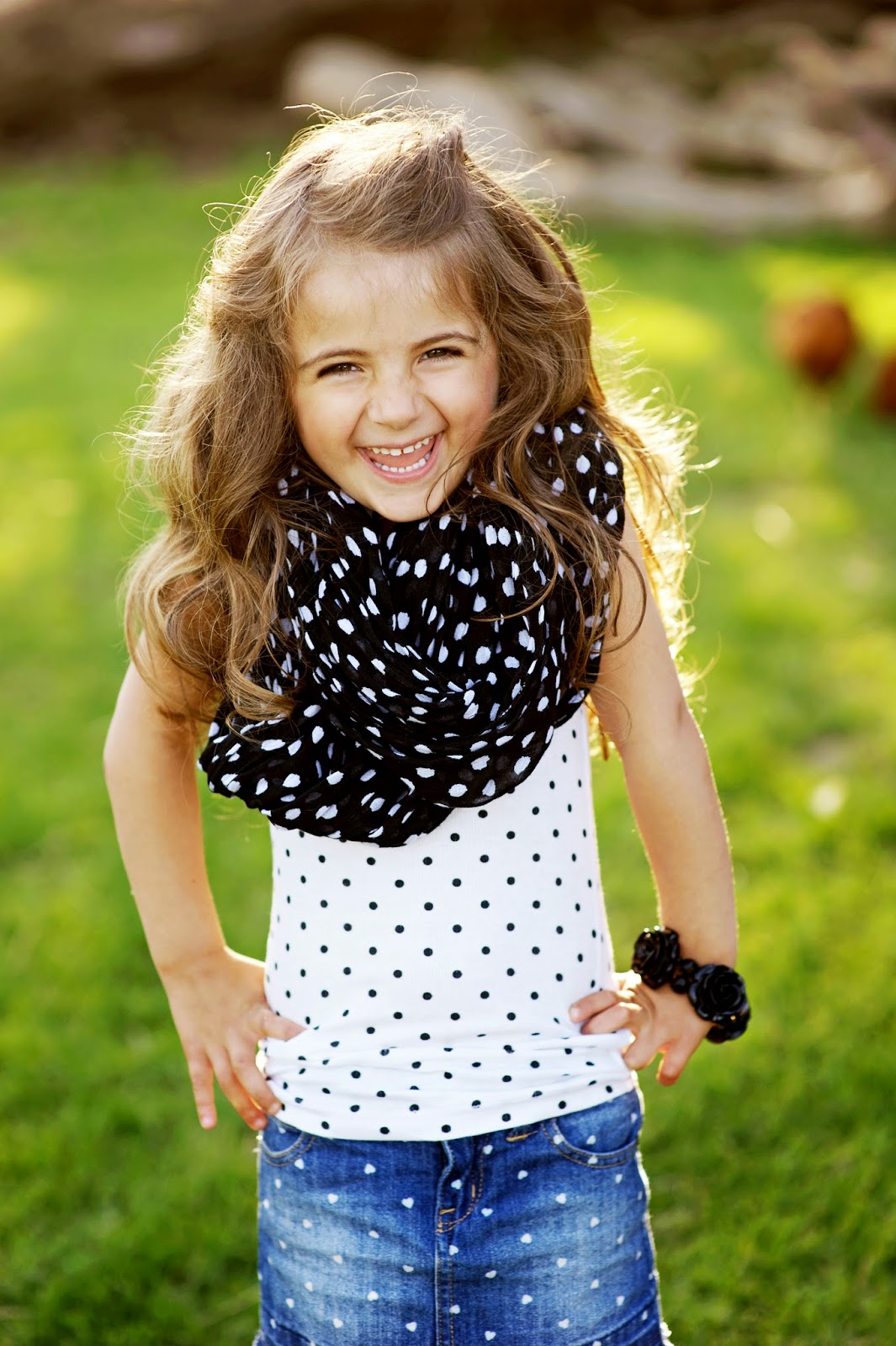 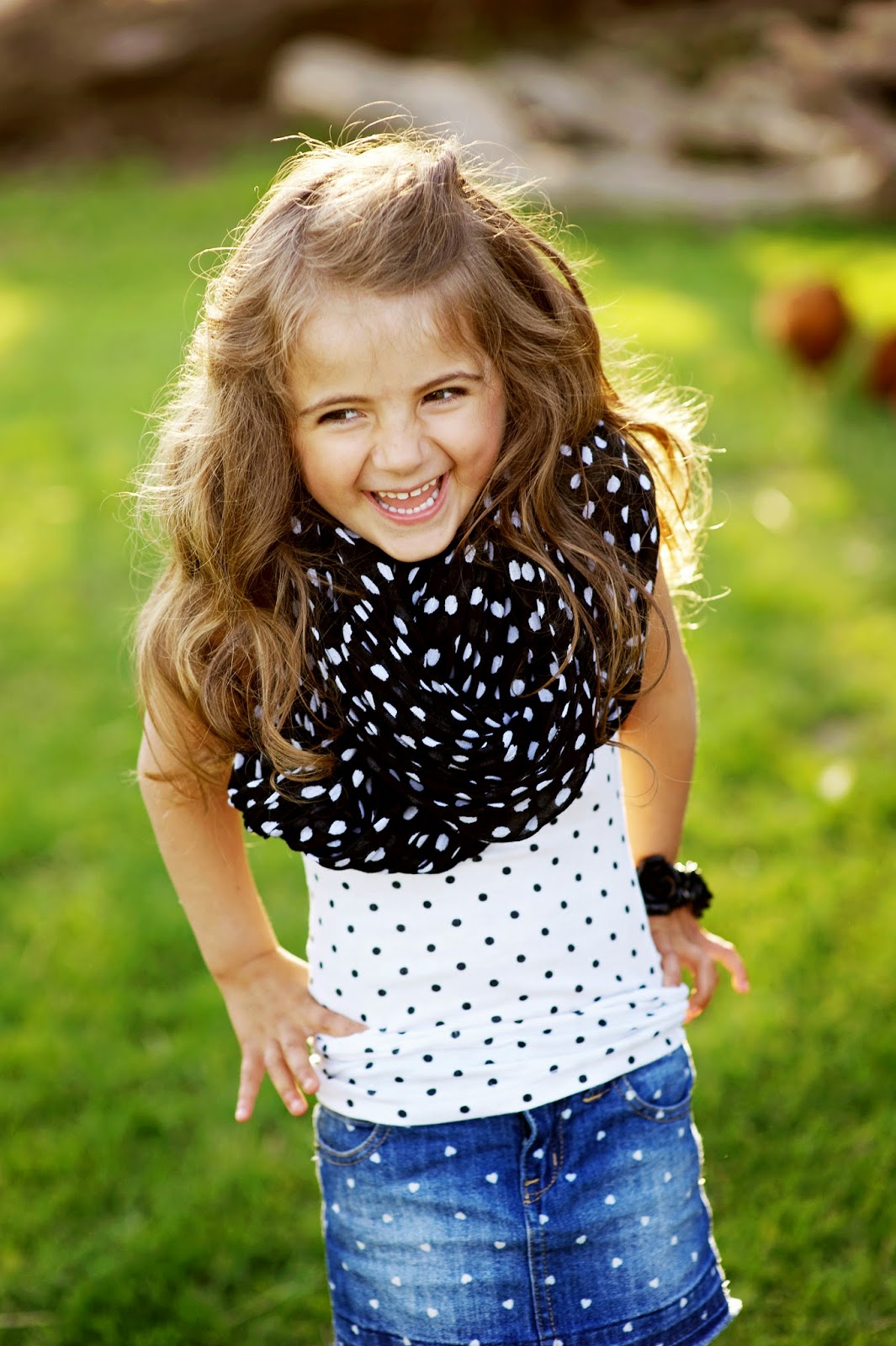 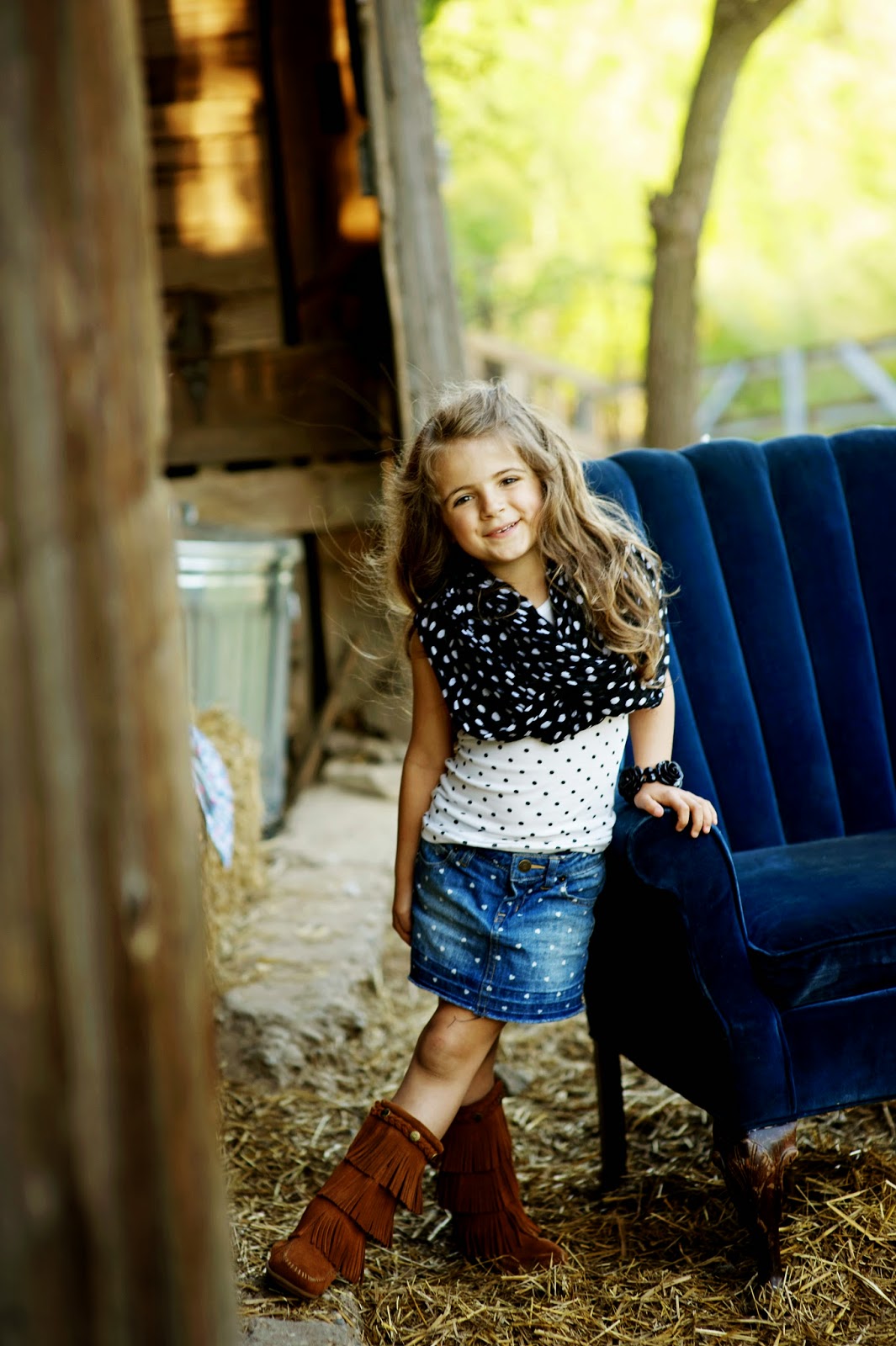 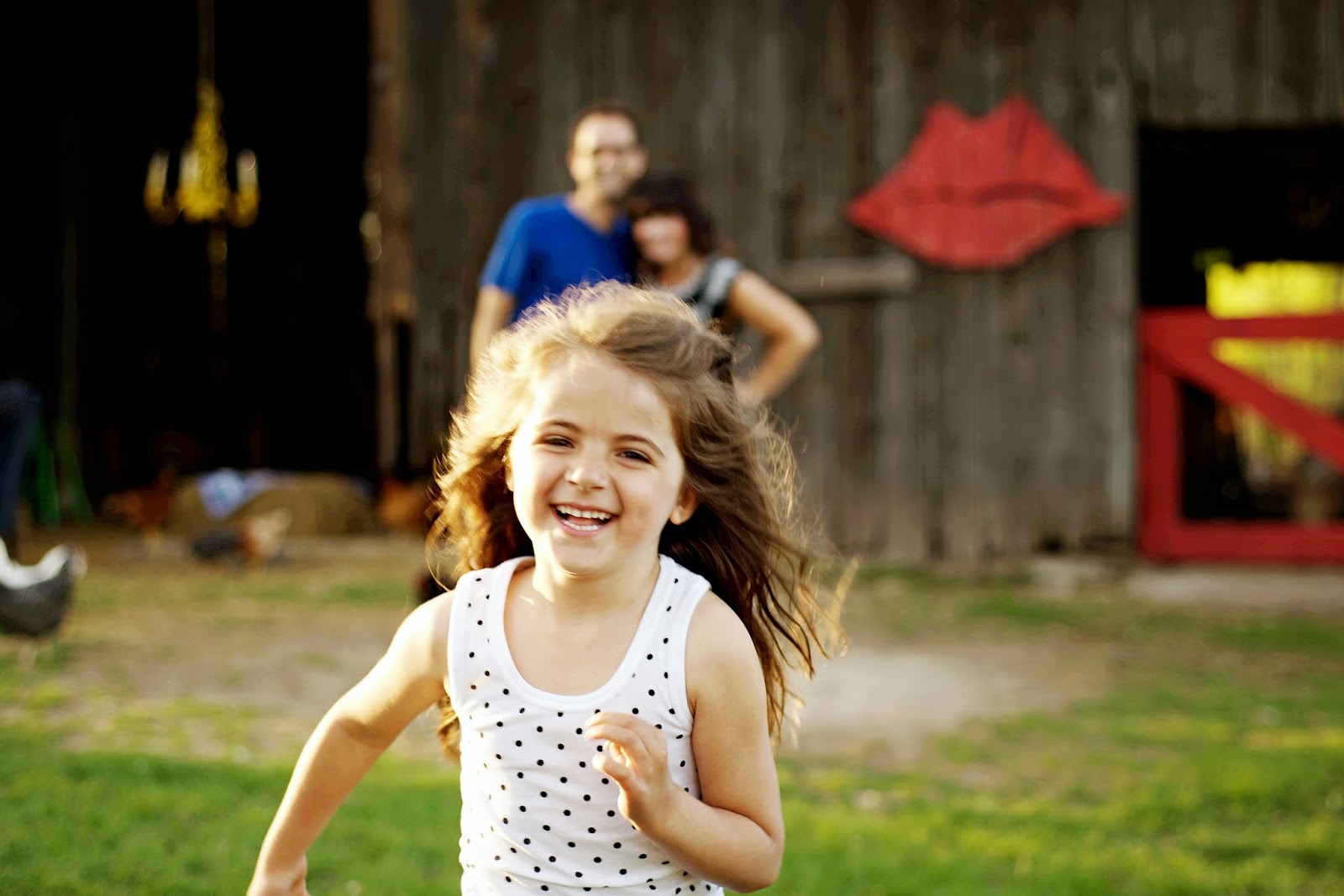 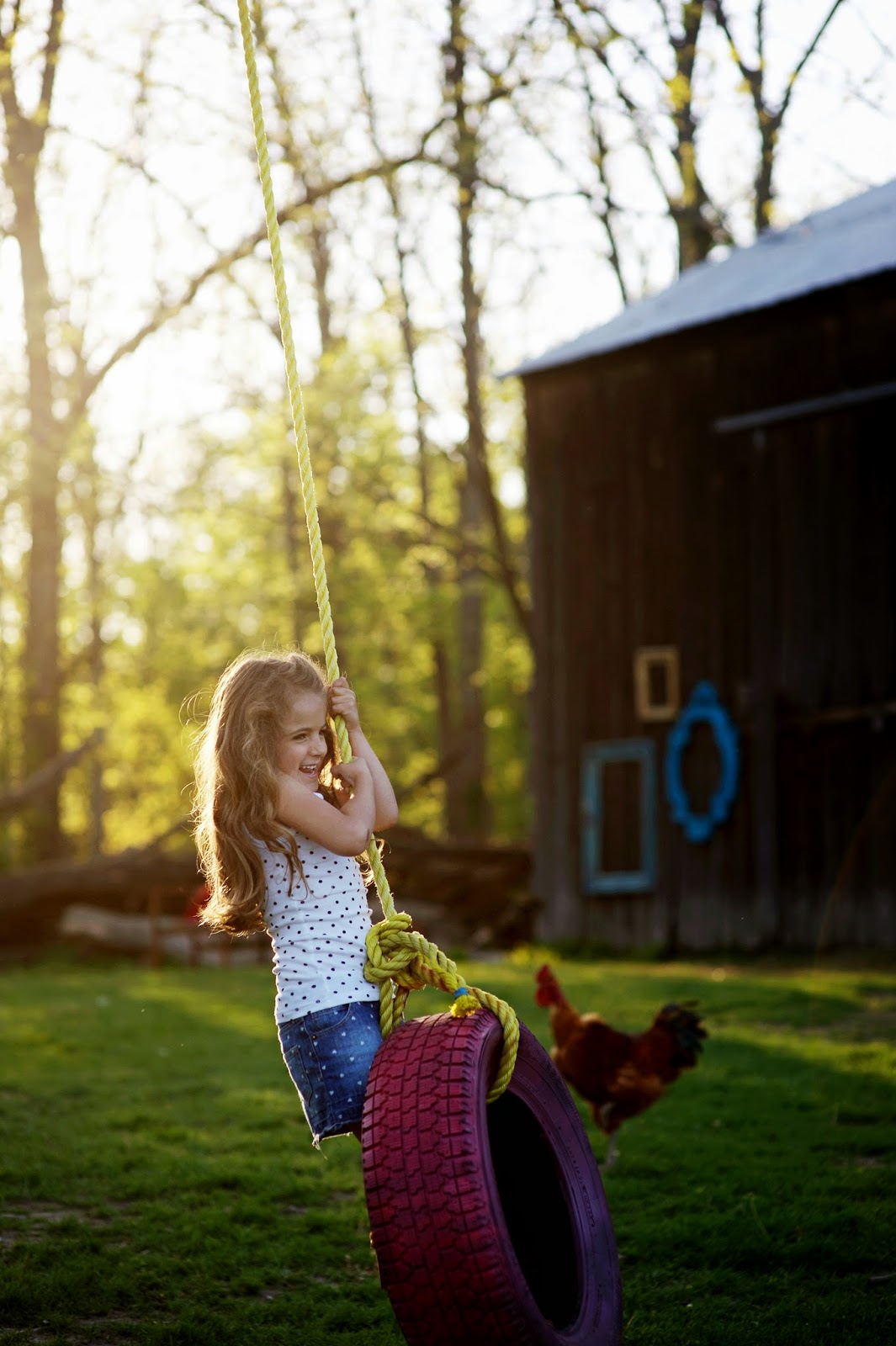 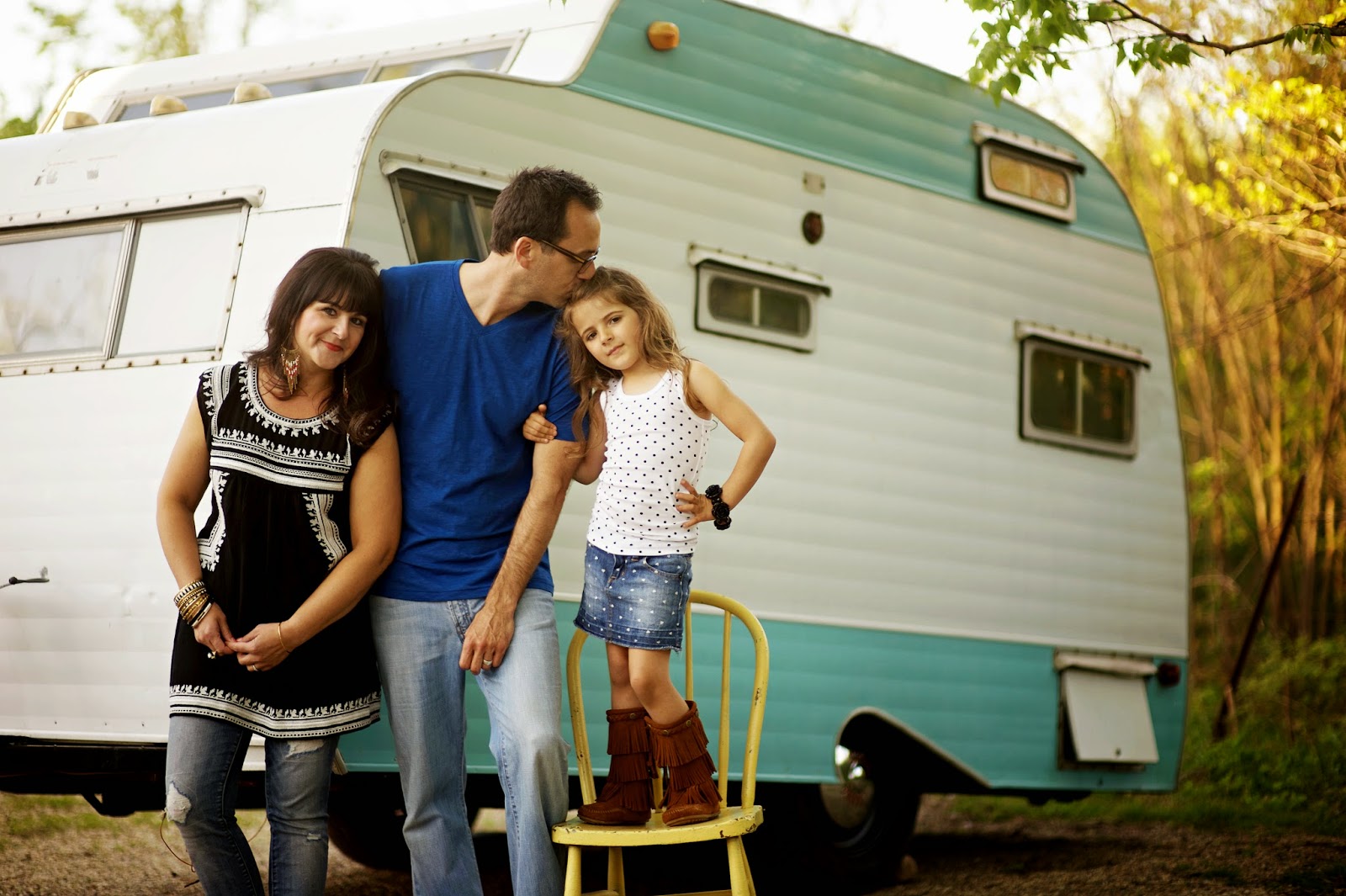 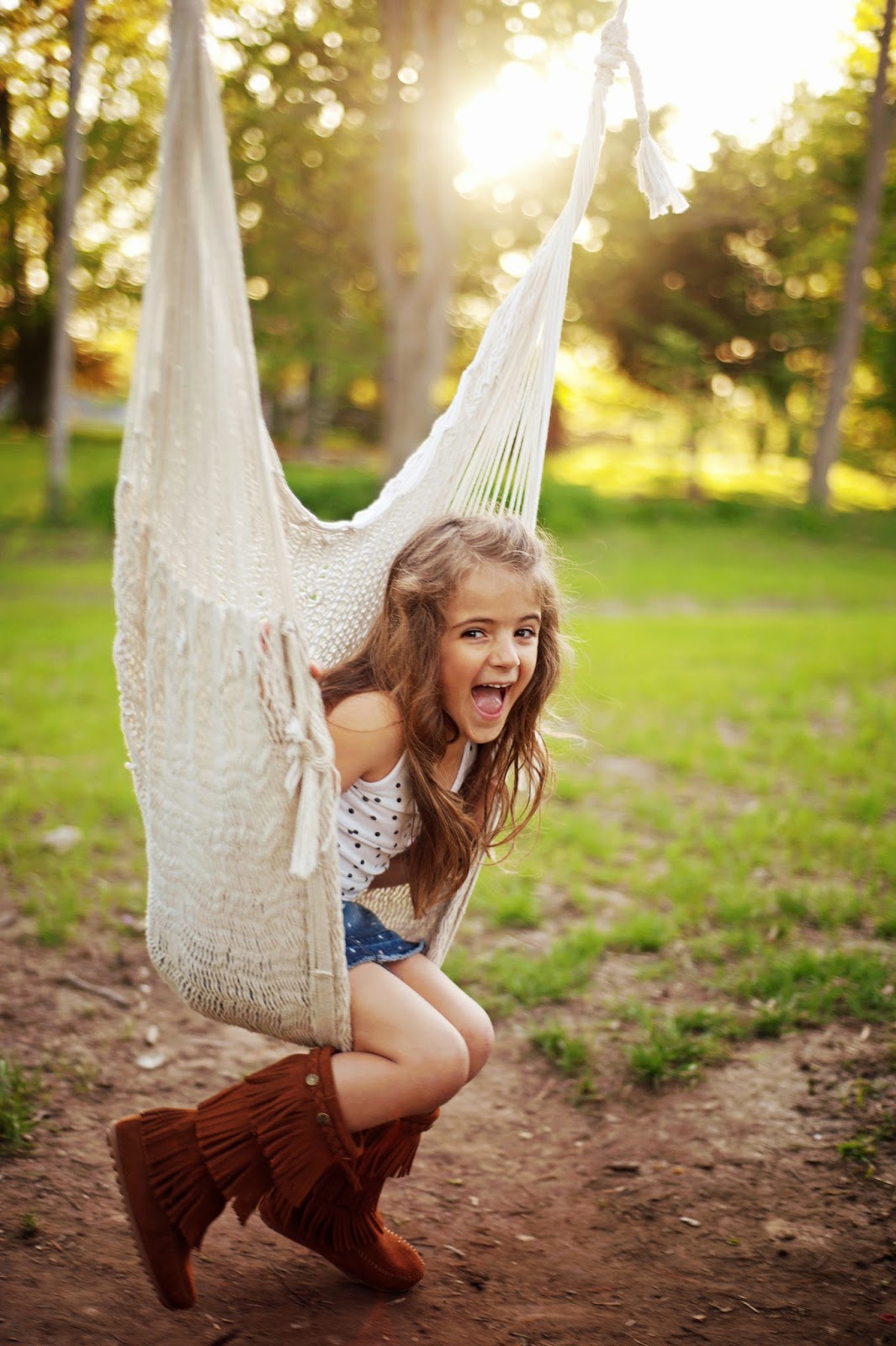 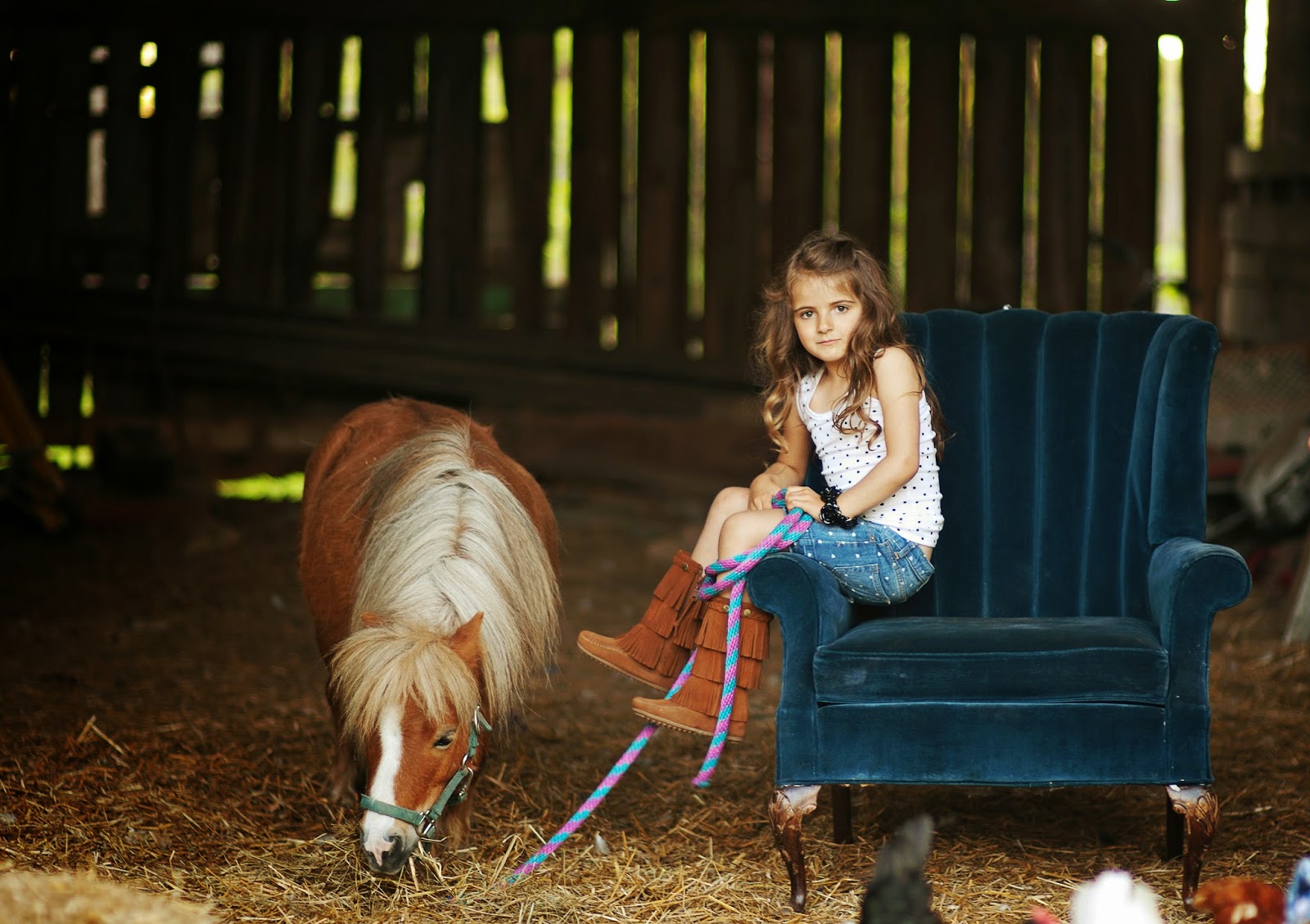 Second….
We ran (walked--no one can really run with 11,000 people in a 5k) the Color Run this past Saturday and had a great time with friends.  Georgia was a little unsure at first; it's a lot of people, really loud music, a super ton of crazy, and being 44'' tall means you can't see much of what is going on at the start and you just have to trust mom and dad. 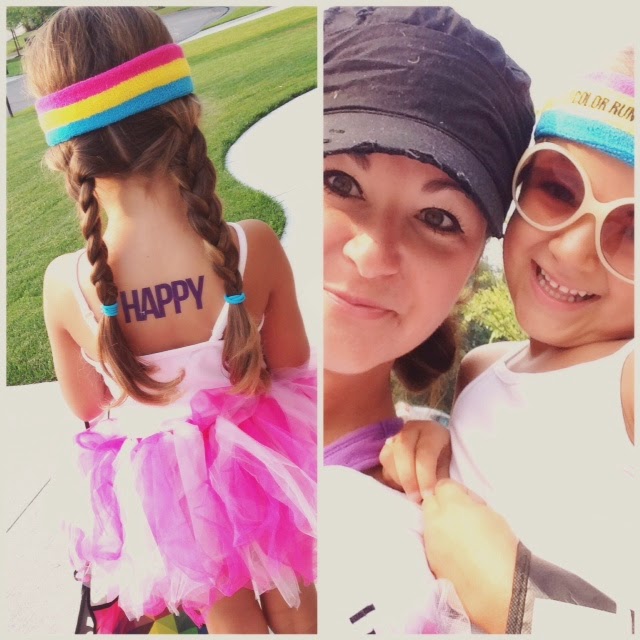 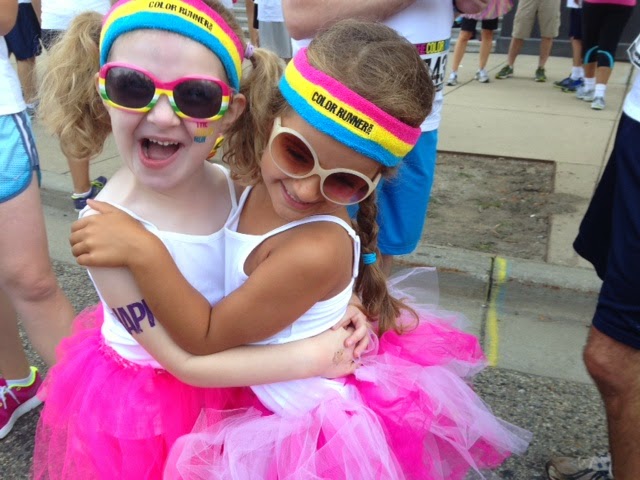 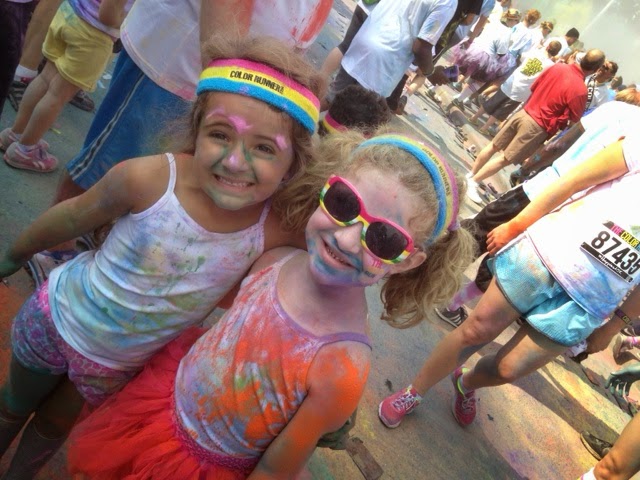 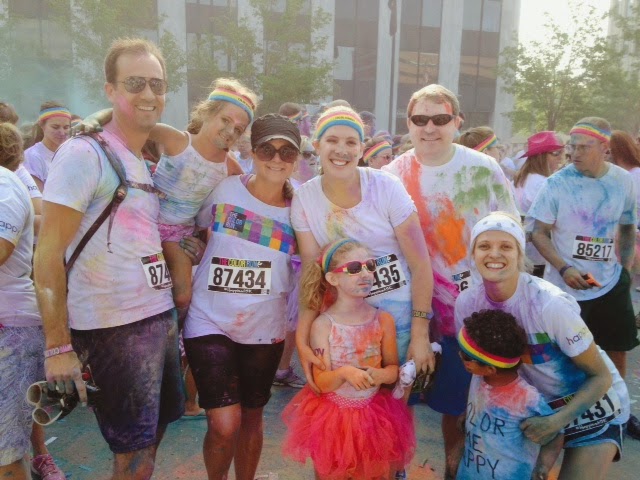 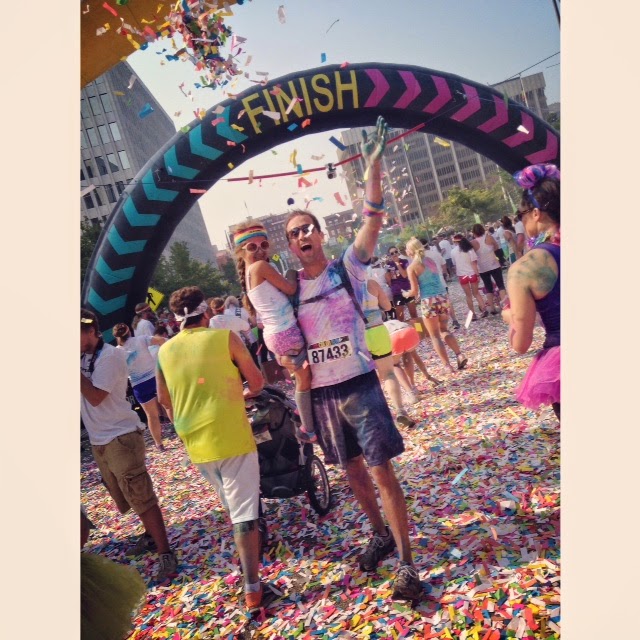 Third…..
I introduced Georgia to Full House this morning.  My friend Lianne's girls have been watching it for a few months now so I thought I'd give it a whirl since G is getting more interested in 'real' shows.  However, there is a serious lack of good 'real' shows for five year olds--heck--thirty six year olds.  So back to the archives we went and hearing her laugh at Uncle Jesse and Kimmy Gibler from the other room was awesome.  The early episodes where the girls are way young are perfect!  I can capitalize on this forever, adding new shows as she gets older; Family Matters, Cosby Show, Growing Pains, Step by Step, eventually (a ways down the road) Boy Meets World and Wonder Years…..it's a gold mine!  That's right--NO ONE wants to watch Dog with a Blog.  I know……mind blowing. 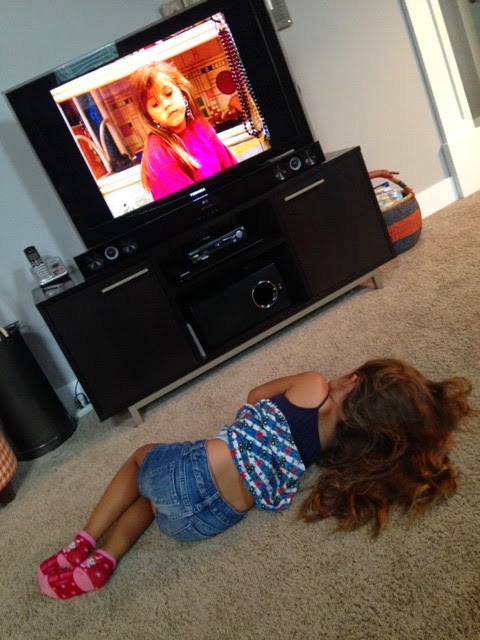 In related news….stuff I'm NOT loving….
Georgia starts kindergarten…all day…every day…in less than a month.  I may or may not cry actual tears about this when I go to bed some nights.