Sugar & Spice {And Everything Nice} 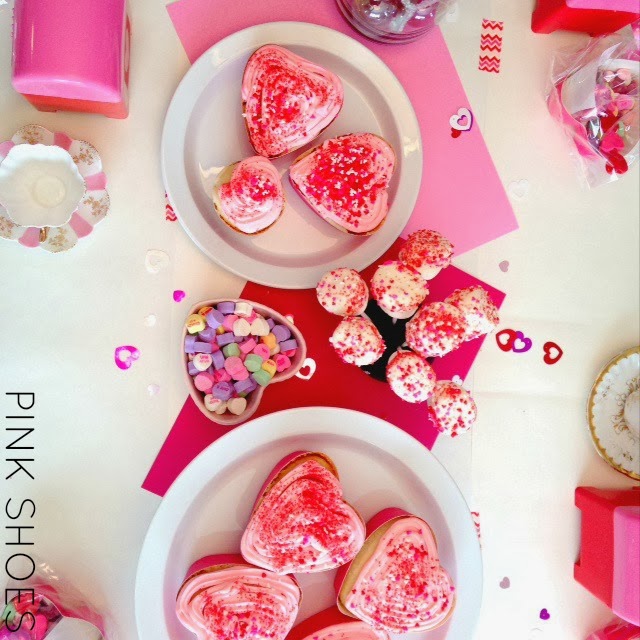 There's nothing I don't love about Valentine's Day.  I don't need big boxes of chocolate, kisses at the top of the Empire State Building, or expensive jewelry.  Red heart sprinkles, glitter, love notes, cinnamon candies, and little girls having a tea party will do it for me. 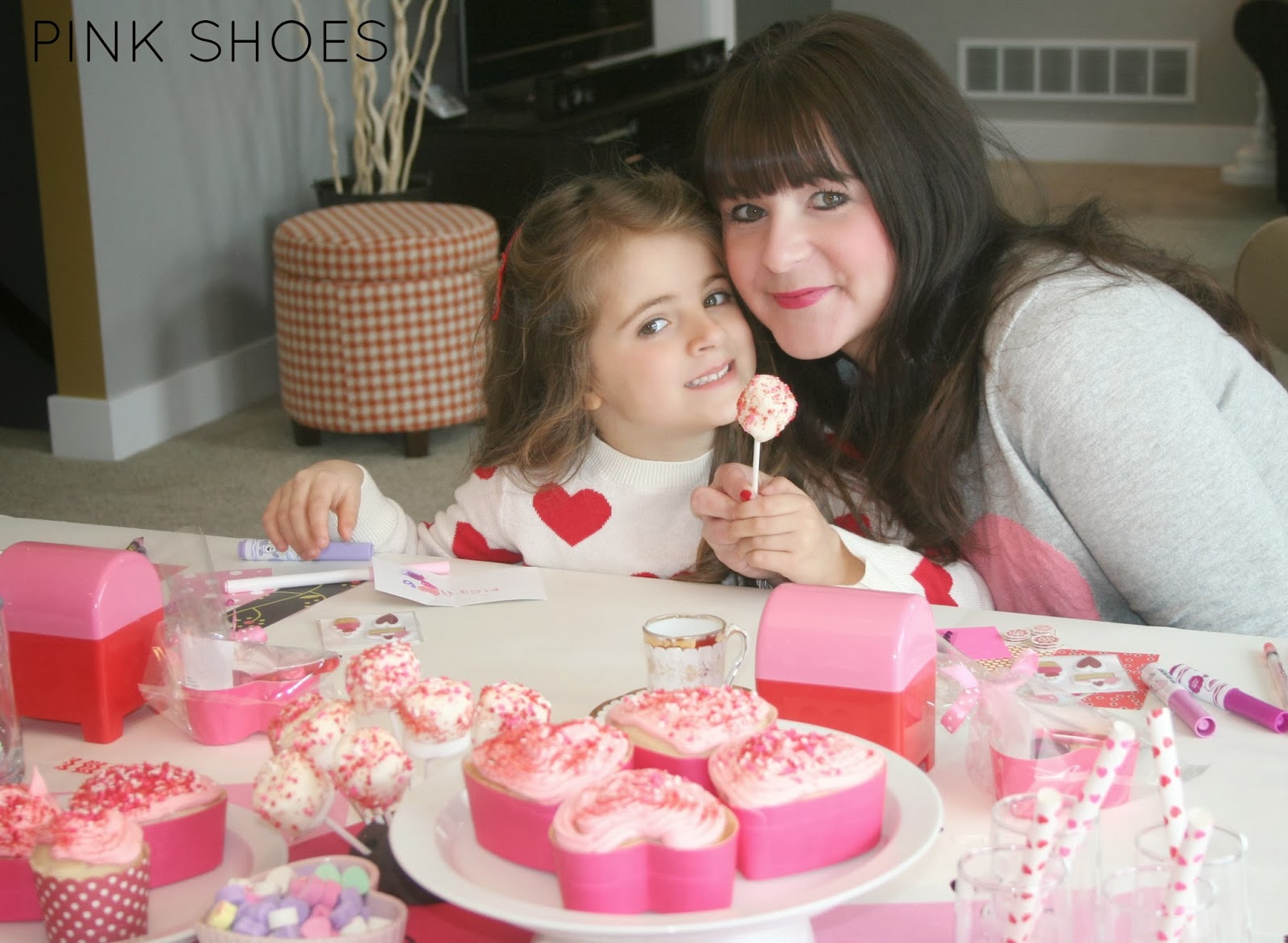 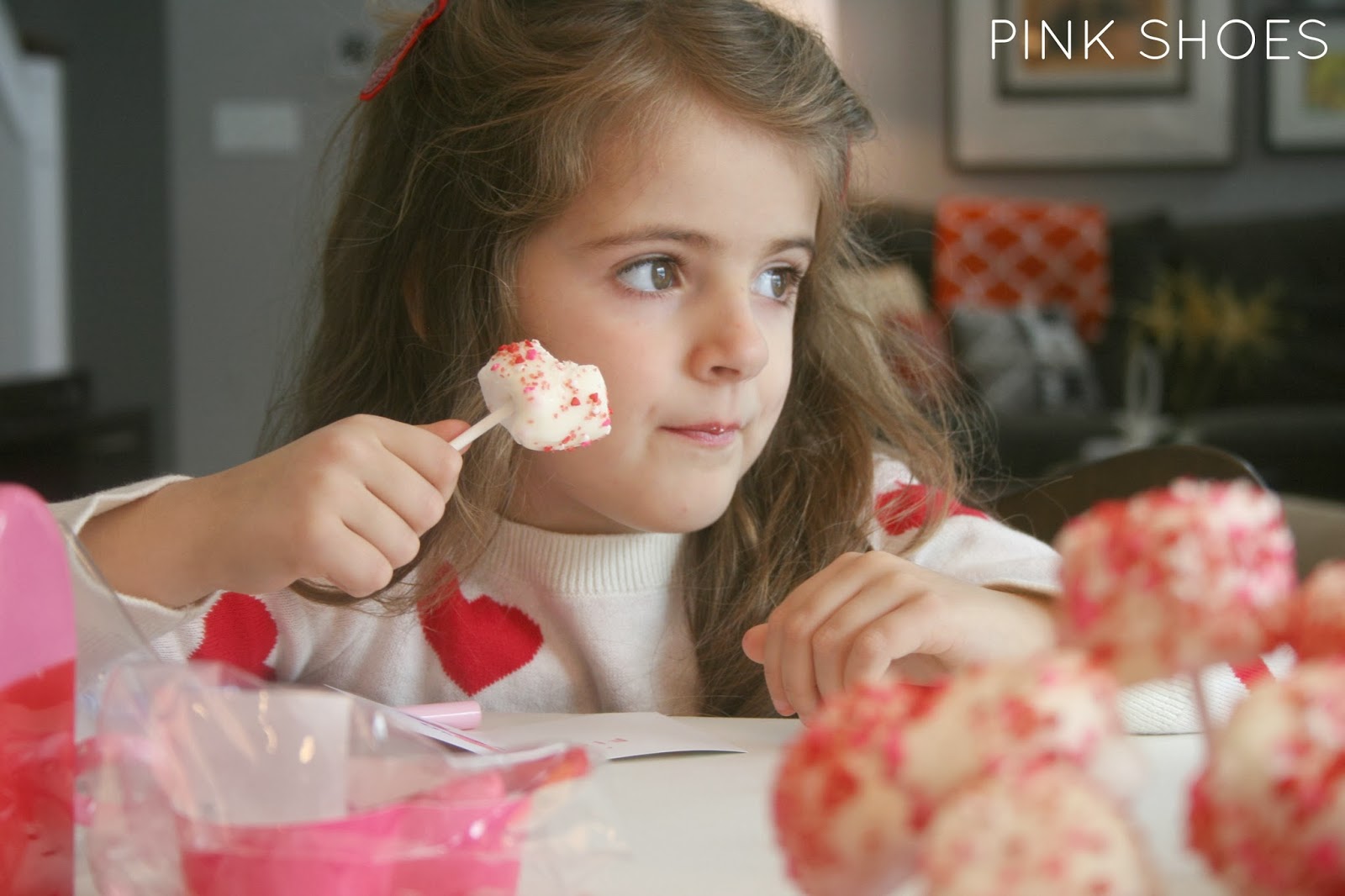 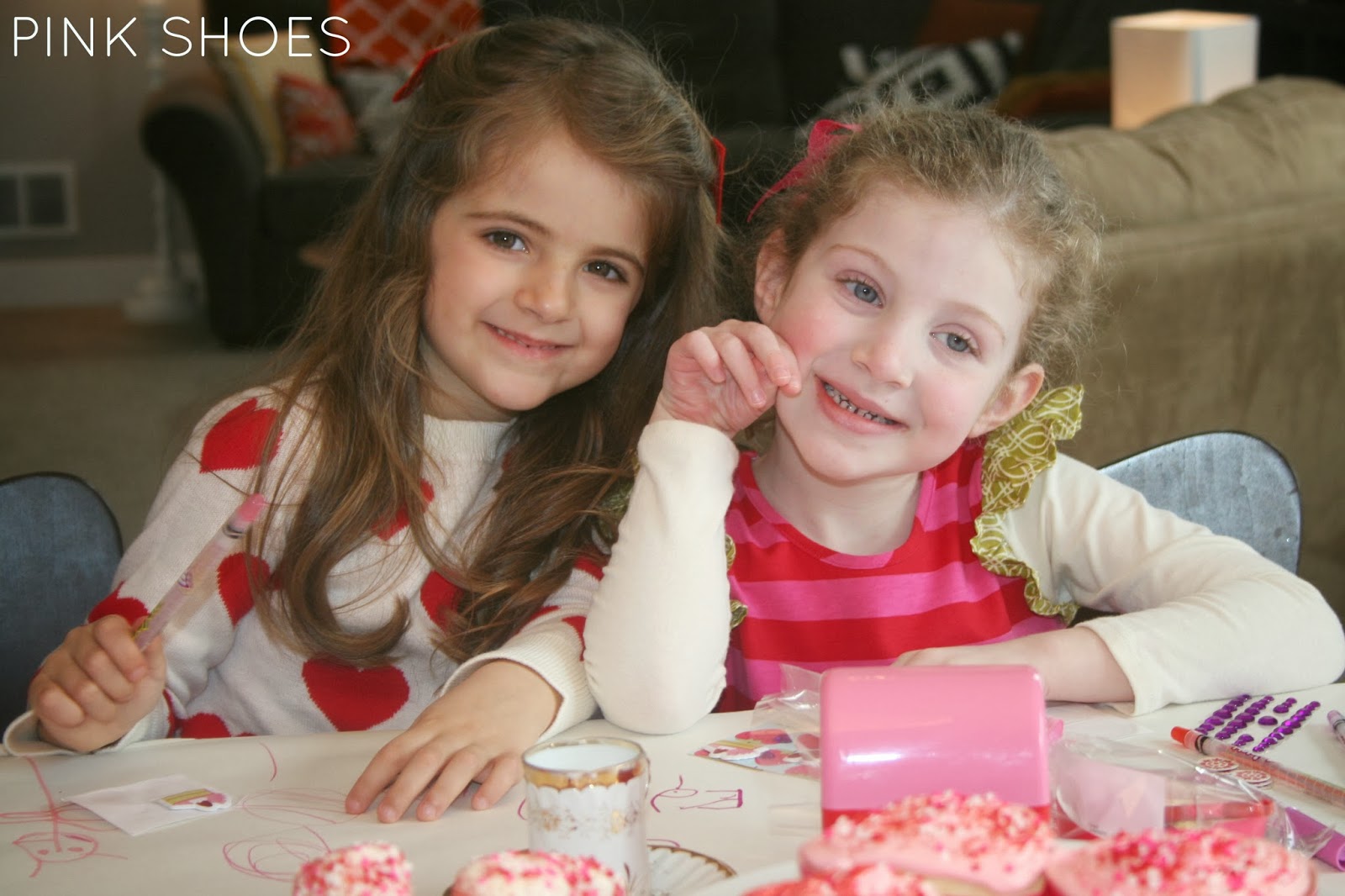 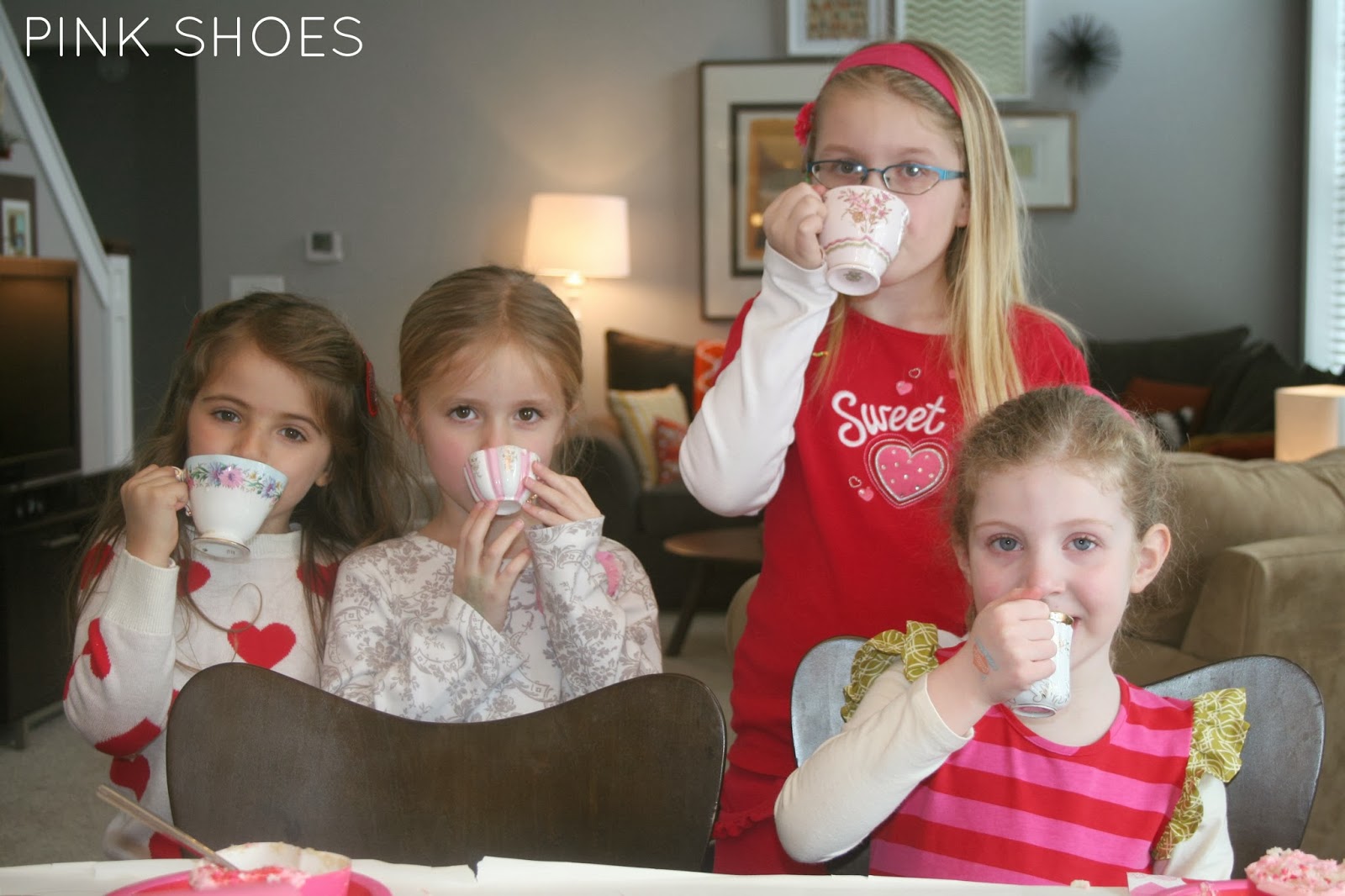 I had these antique tea-cups from my grandma that were begging to be used for a Valentine's Day tea party.  I obliged.  The girls liked the crafts and food better than the tea. 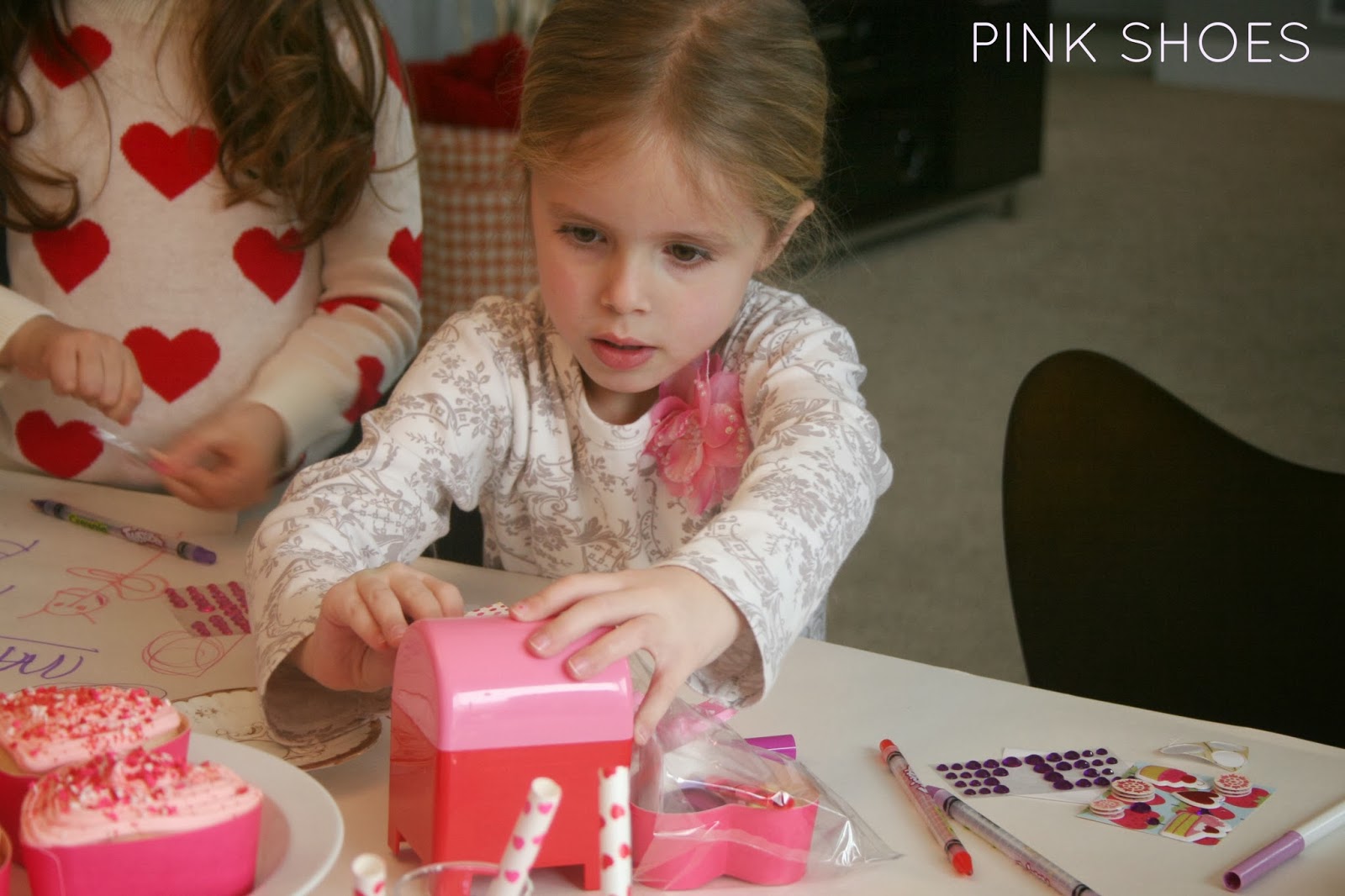 Little Valentines's mailboxes from the dollar spot at Target…..along with the rest of the party.  Can Target do no wrong?  They can't. 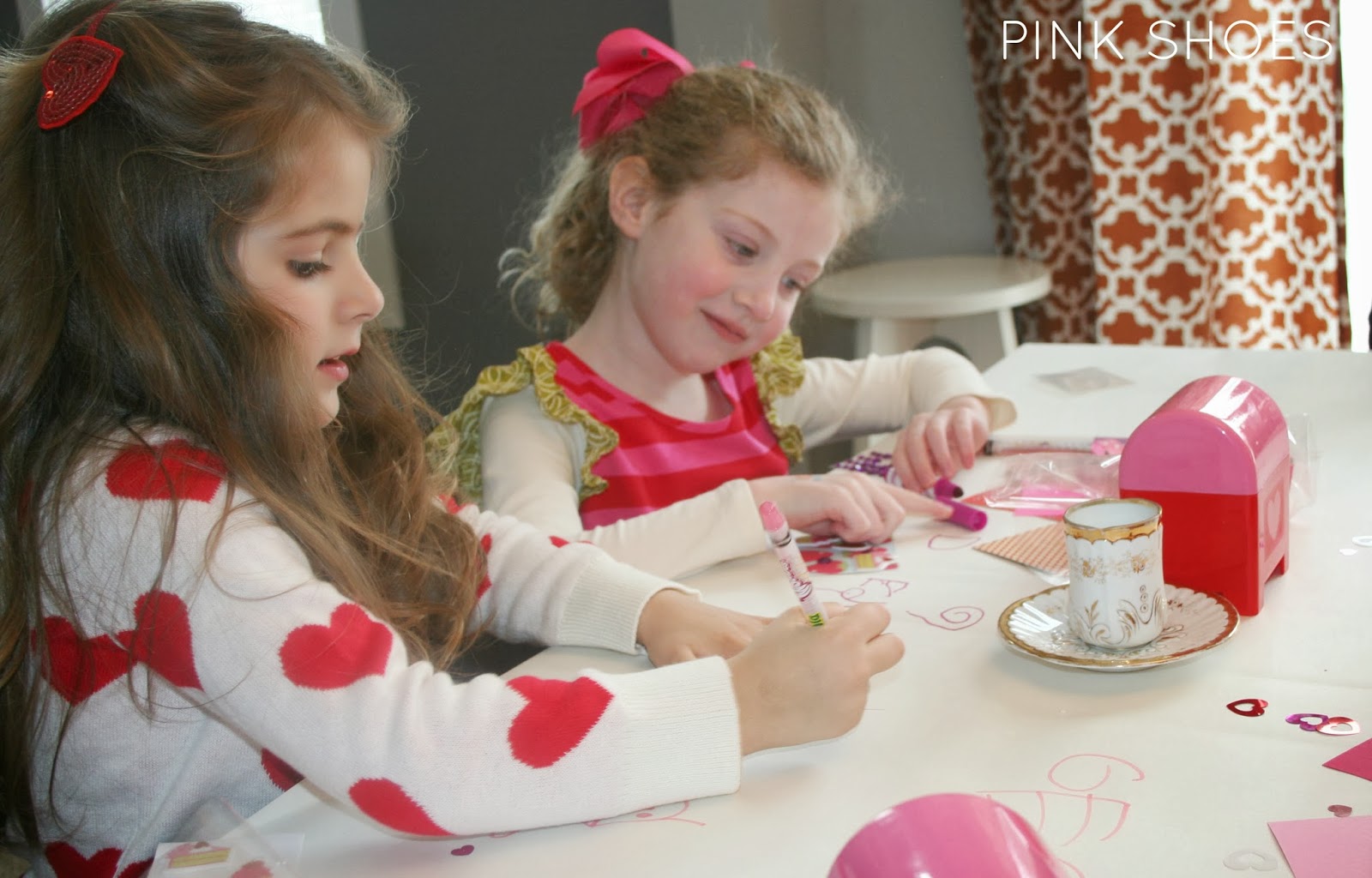 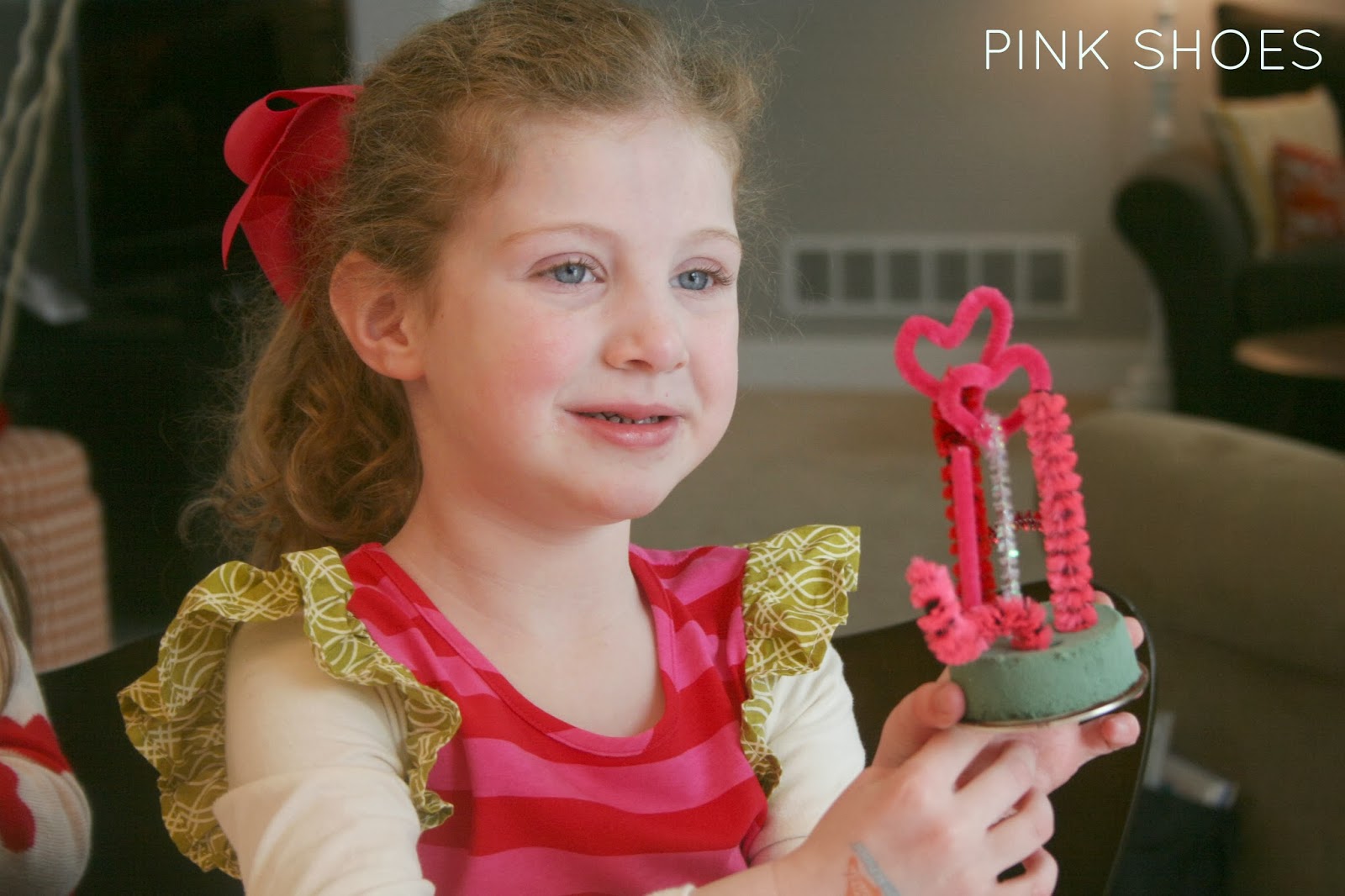 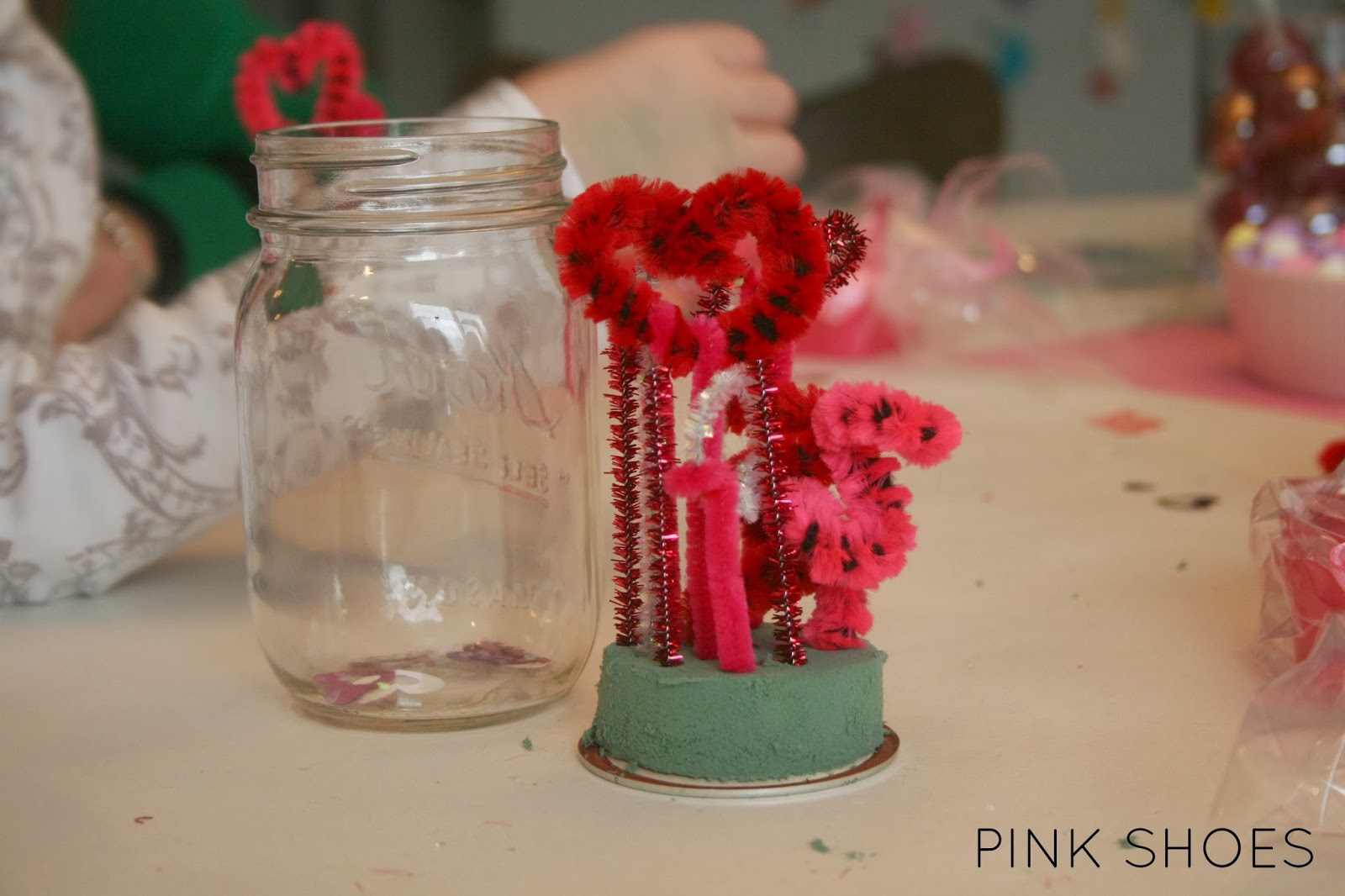 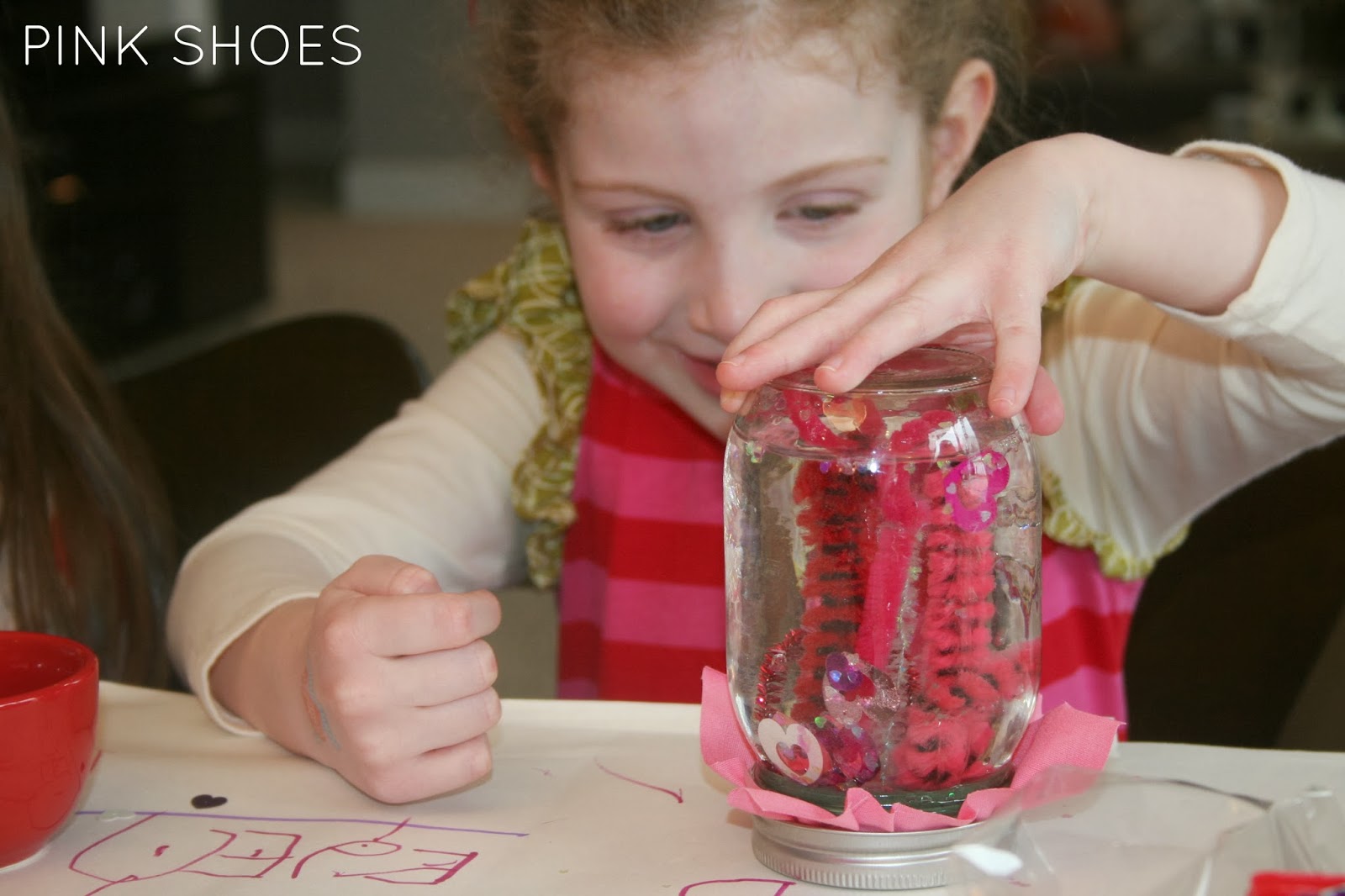 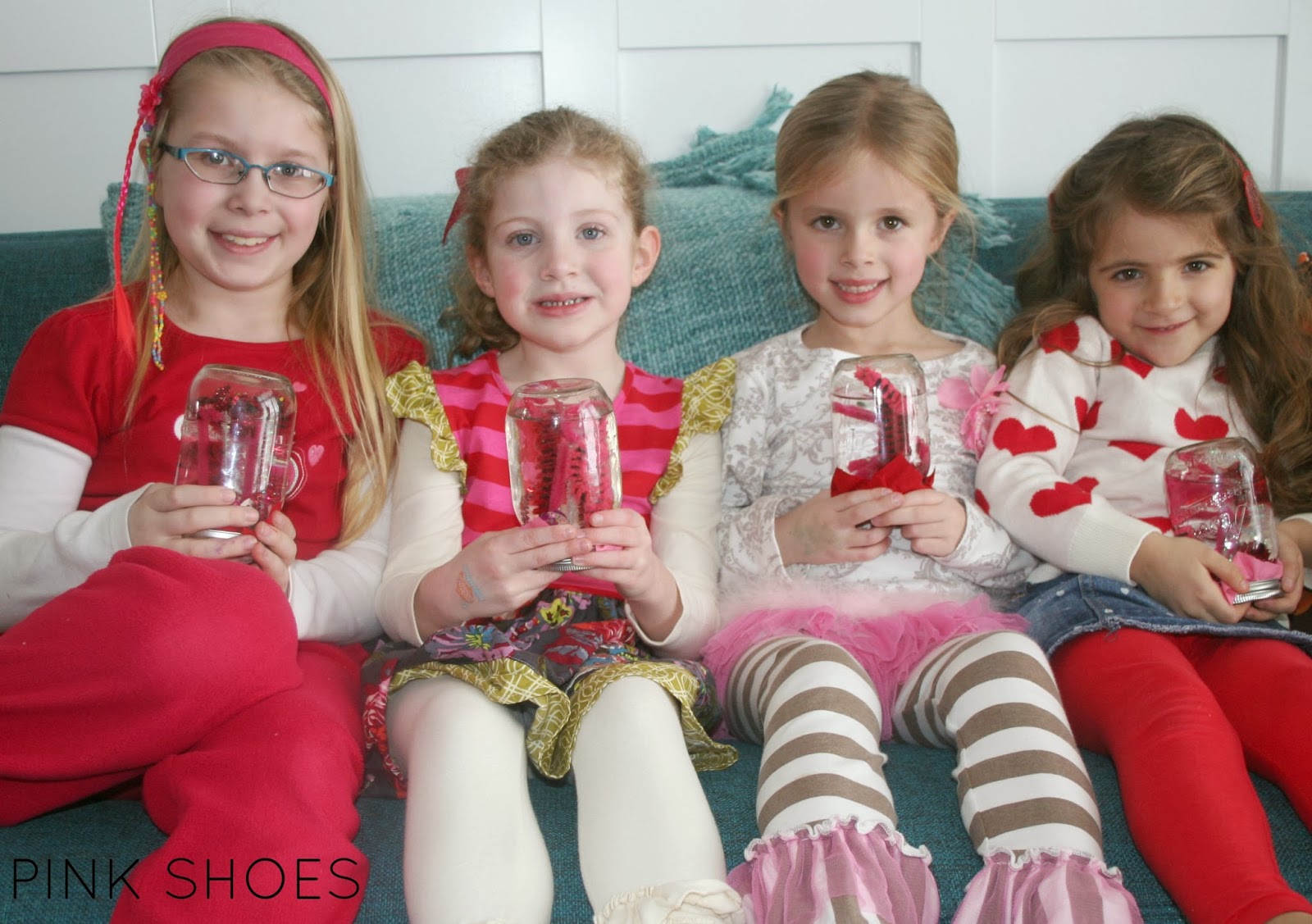 Have a great Valentine's Day!  It's really the cutest holiday around.  And kids love it!  And they don't expect you to move heaven and earth for it. 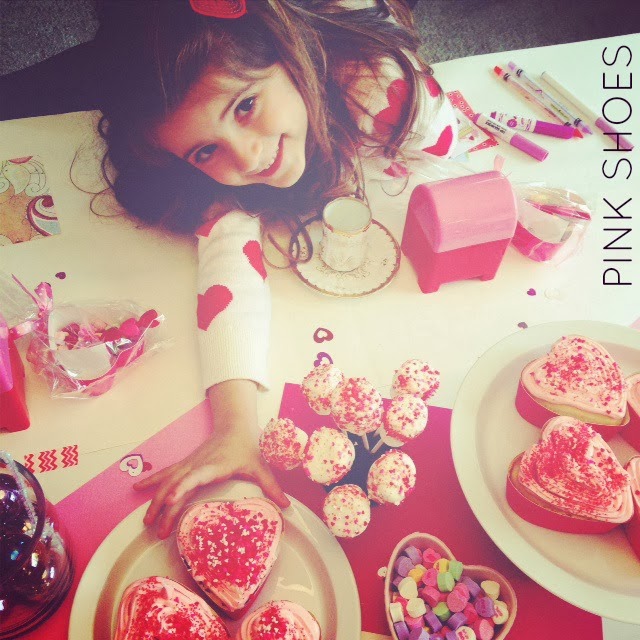 Valentine's Snow Globes from Maggie Terryn on Vimeo.
Posted by maggie at 3:51 PM No comments:

I found this amazing book the other day at the bookstore and scooped it up.  An incredible compilation of all our favorite pages from Golden Books.  It's the loveliest little book for people like me (read…..those of us in our mid-thirties who grew up with Golden Books). The pages are stand alone works of art that you can hang just about anywhere in the house.  So I did. 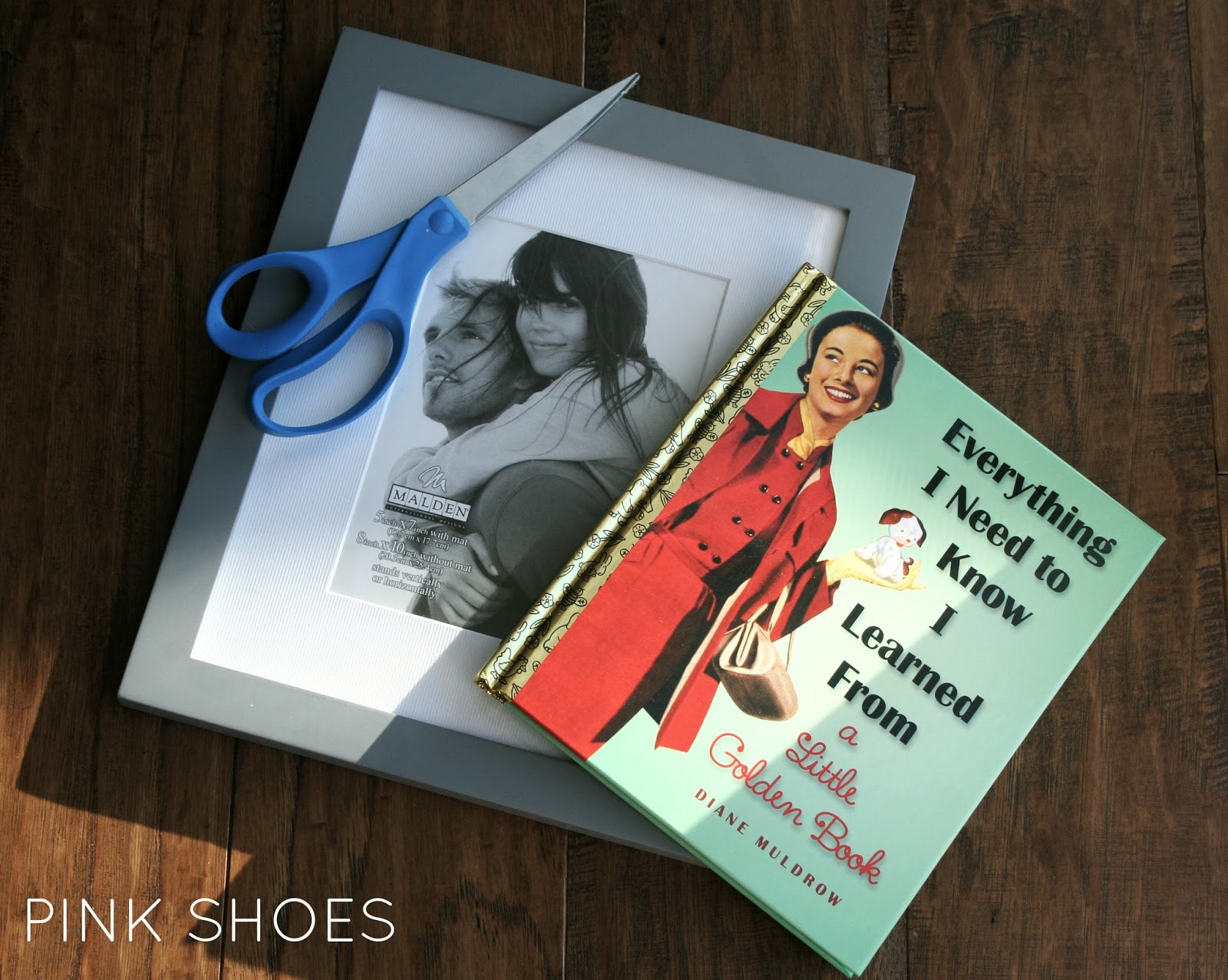 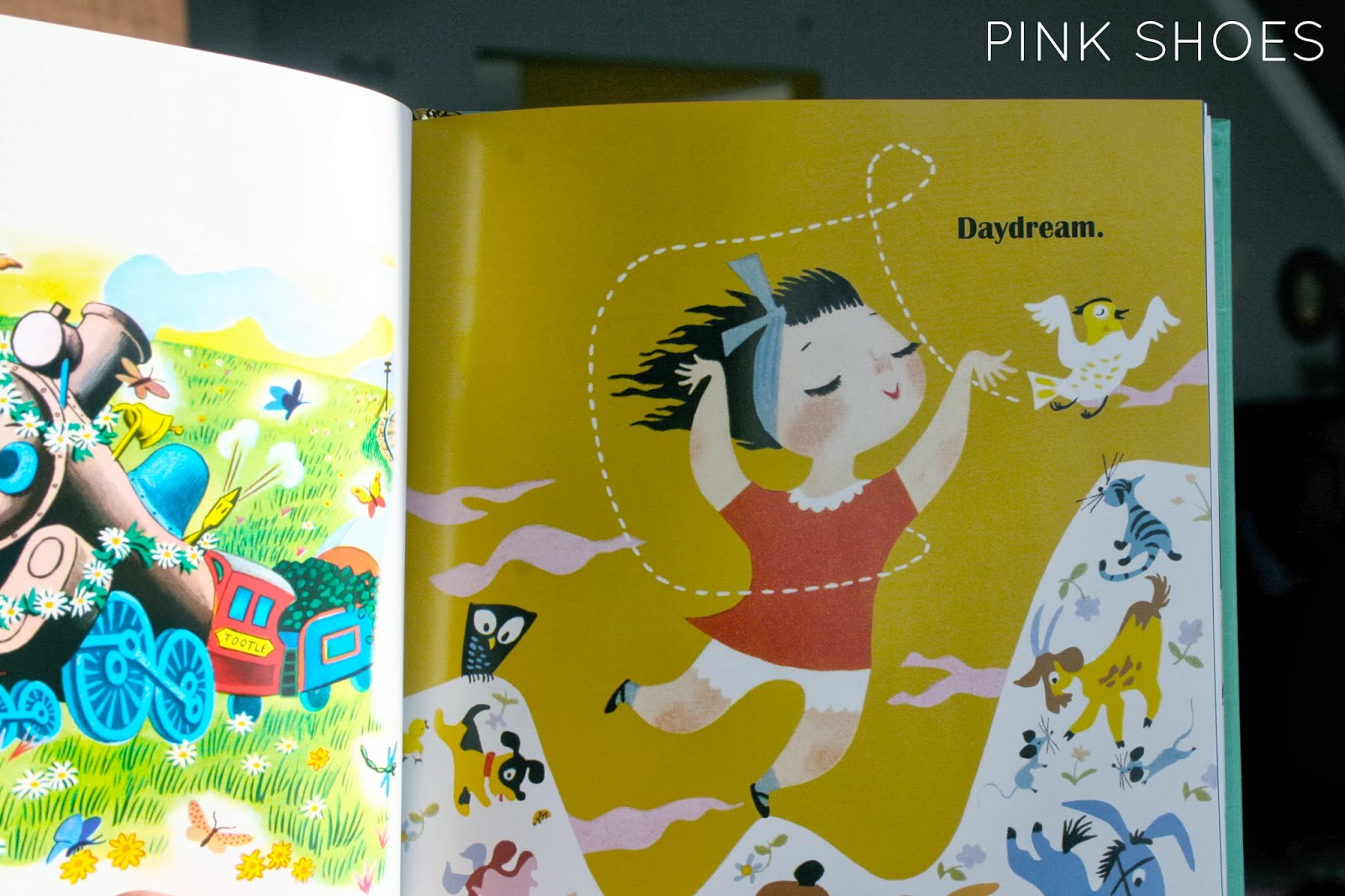 I mean….how great would that little daydream picture be in Georgia's bedroom?  Or this Kiss one below?  It's going above my bed soon.  And there's no end.  I could hang a page from this book in every room in my house.  But I'll refrain.  Maybe. 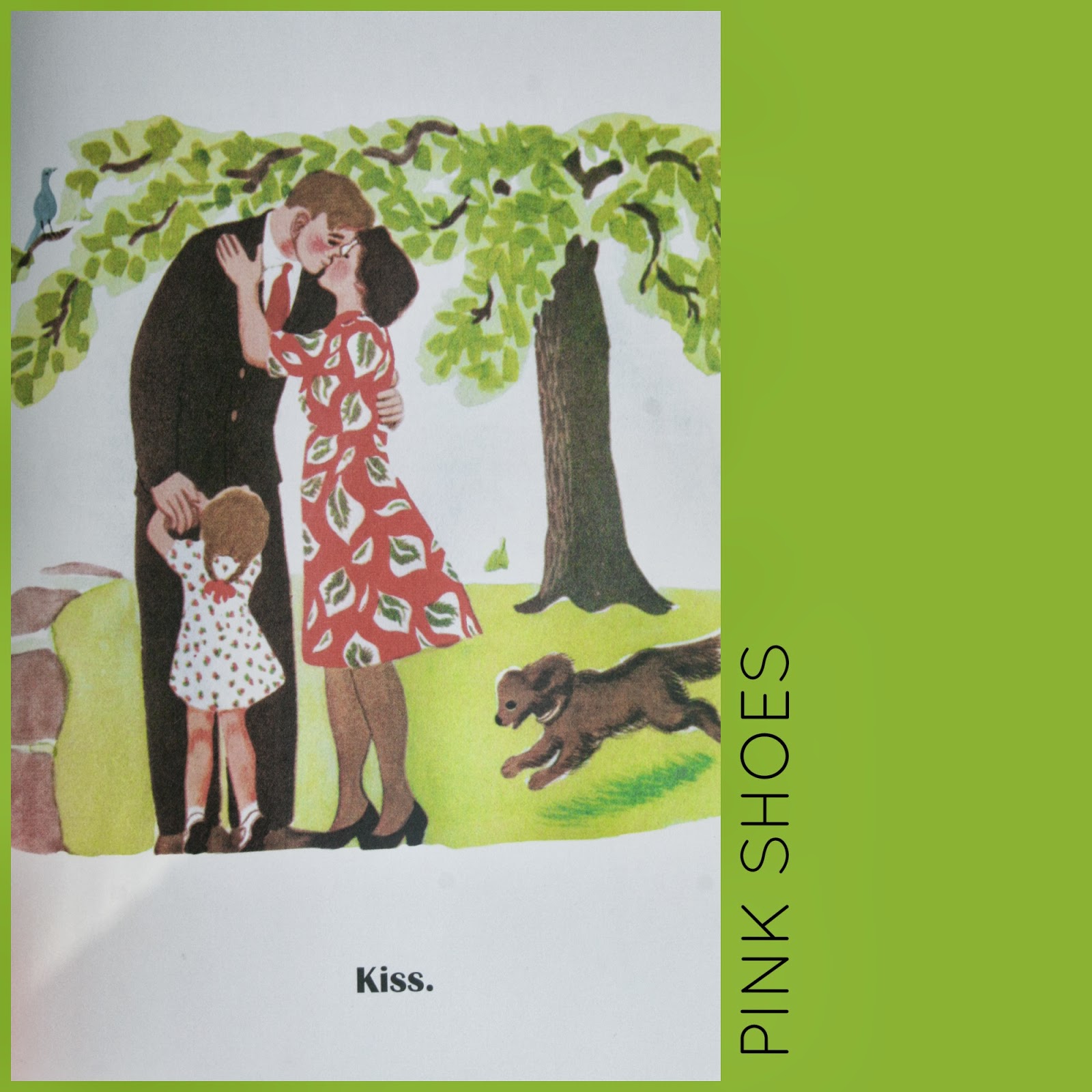 I started with this one……. 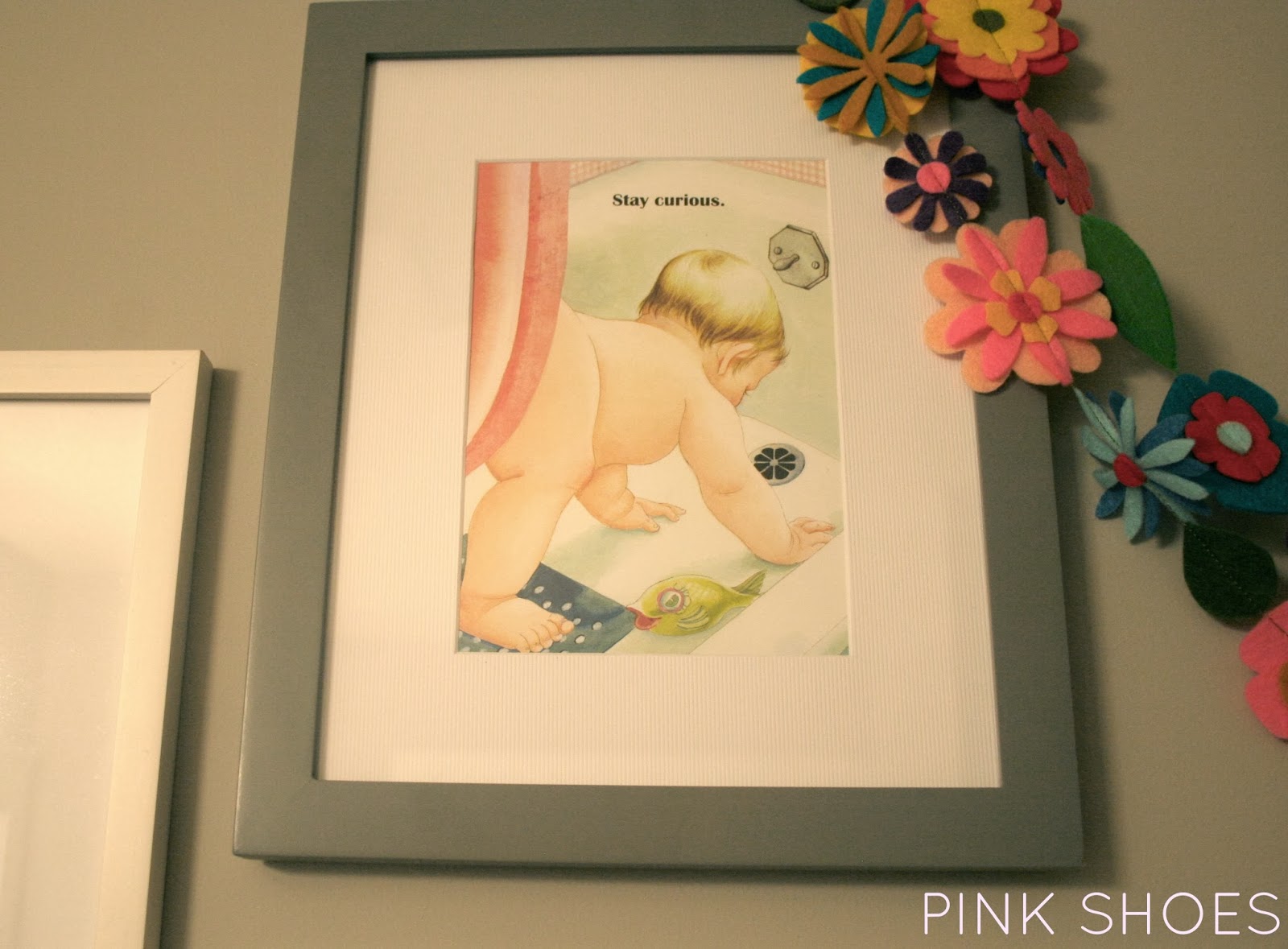 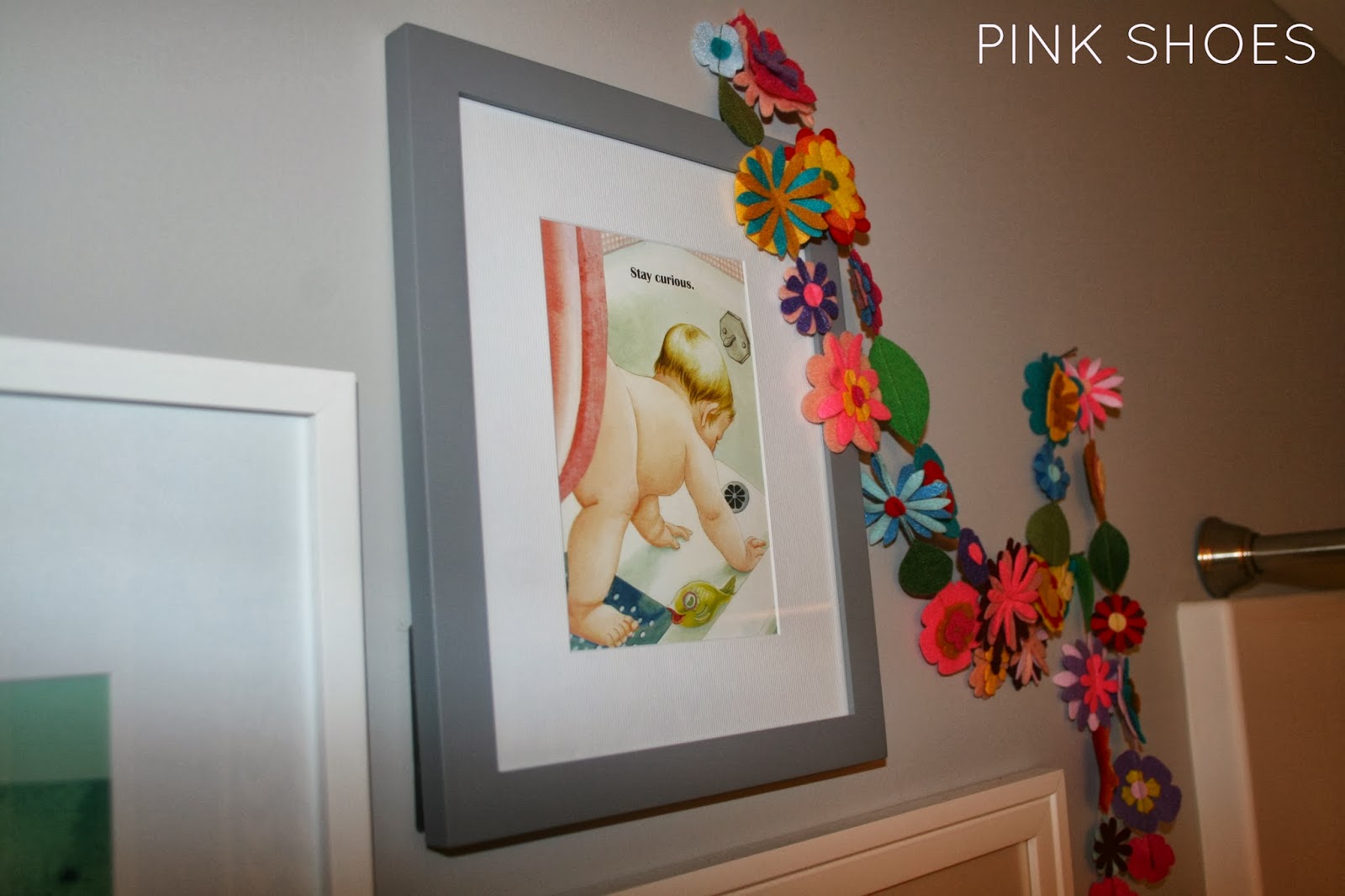 It's hanging in Georgia's bathroom……because I have this picture of her at about a year……. 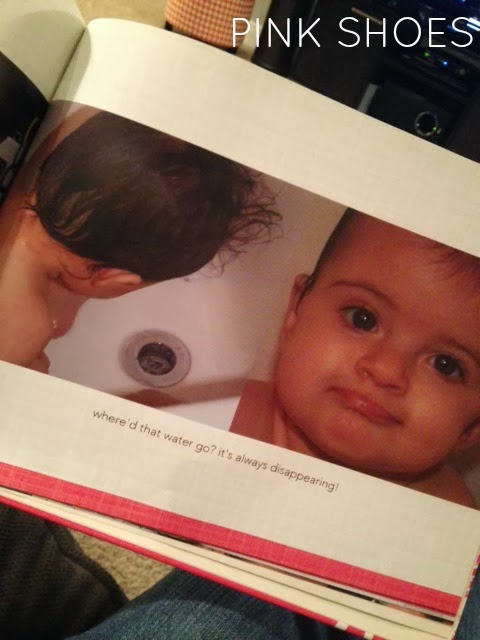 And it was too fantastic of a coincidence not to do it.

So snag yourself one of these babies…..two perhaps….one to decorate your house with and one to read.  And if you've got a nursery or something to decorate…….jackpot.

Posted by maggie at 9:27 PM No comments:

I guess kisses aren't the only thing that begin with Kay…….

Have you seen this ad?
I first saw it last week and about shot out of bed. I shook Chris awake and rewound the show I was watching so he could see it too.  I had to get someone else to corroborate what I'd seen.

There is a small part of me that feels like maybe I should throw Kay Jewelers a teeny tiny bone for at least trying to acknowledge adoption, but that part is just so minute and this ad is so off-putting (some call it an abomination--and I can't disagree) that it can't be done.  It makes me wonder if they consulted with anyone real that represents any side of adoption; a birth-parent?, adoptive parents from this decade?, an adoptee? a social worker?……anyone?

This commercial hearkens thoughts of Lifetime movies about adoption; which have in general, done nothing good for the institution of adoption--neither for birth parents, adoptive parents, or adoptees.  Likewise, it  is reminiscent of the era of closed adoptions where babies were whisked away from their birthparents, were denied a relationship with them, and worse….one in which many birthparents weren't given a choice about making an adoption plan or not.

An agency that smacks of a baby mill, a "social worker" walking into an impersonal waiting room with a baby as if this is at all how any agency would "hand-off" a child, a smarmy couple oblivious to the gut-wrenching emotion that really exists on the day that they meet their baby, no indication that this baby at all came from someone else and what they're feeling, a conversation from aforementioned smarmy couple that makes it sound like this is the first time they've thought of themselves as parents…ha,ha, he, he….aren't we cute?, and a glossing over of such a heavy topic…..it was all just too much for me.

The array of emotions that exist within adoption, in particular as it relates to the specific part of adoption portrayed in this commercial, are too heavy, varied, deep, personal, and gut-wrenching in both good and hard ways to be portrayed in a thirty second spot that I'd go so far as to say that it shouldn't even be tried.  This ad is cruel…...to birth-parents in that it gives them no credit for the decisions they've made, the sacrifice they make, and the immense love they have for their children.  This ad is demeaning…..to adoptive parents in that it makes them look like oblivious fools who have given no thought to the weight of what they are about to do.  And this ad over-simplifies (by a million miles) the act of adoption.

Sending the message that you can buy a baby as simply as you can buy a diamond necklace is archaic, insulting, and warrants whoever green-lighted this commercial being asked to find a new job.

Thankfully I don't own any Kay Jewelry…….