Parenting is a Process.

Started this last weekend….finished it today.  Working on getting over some writer's block--the fall weather and a scented candle today are helping.

This is for the moms of one who just became moms of two.  Who feel like they are missing something--because it's a lot harder than they thought it would be.  Not in terms of laundry or missed sleep or more chaos--but in that your heart hurts a little bit and you just can't come to terms with why….or say it out loud….because you feel like that smacks against everything everyone always told you about a second baby.  And it makes you feel guilty and sad…..and like something is just not clicking with you like it did for everyone else.  And by everyone else--I mean those liars or those people with short memories who are a year or two into more than an only child………..

As I type this, Chris and Georgia are sleeping in a tent in the basement.  Our unfinished basement.  Chris blew up an air mattress for G to sleep on and he's sleeping on some foam sheets and an old kitty cat body pillow that my mom made for me when I was about six.  It's absolutely 'glamping.'

You see….we normally go camping on Labor Day weekend, but this year we didn't because Crosby is crawling all over the place and crawling + dirt + fire pits + people and cars everywhere = one of the more un-relaxing ways to spend a weekend Chris and I could think of.  So we talked my parents into staying home this weekend and we headed to their house for a few days and Chris promised Georgia that they could camp in the basement tonight---our last official stay up late, it's still summer, night of the summer.

And she was pumped.  She didn't want me down there.  Just her and daddy.  Their bond has gotten tighter since Crosby was born and he's been able to meet her needs as she's adjusted to being a big sister and having someone else in the house to contend with in some ways that I haven't been able to over the last nine months; at least not as much as I've been used to.  On some days this bothers me and on other days I'm just so thankful that she has this incredible man to look up to and love like crazy and feel so protected by.

One of the hardest things about adding Crosby to the family has been juggling two kids emotionally.  I spent weeks laying in Georgia's bed with her last winter just wanting to be near her because I missed her.  I wanted to take care of Crosby and kiss him and breath in his new baby smell and not miss a minute of it but it left me feeling incredibly guilty.  Every time Georgia would hug me I'd cry, and mourn a little bit the fact that it wasn't just her and I anymore---this power team had been infiltrated.  And while I wanted  the infiltration and I couldn't imagine life any other way and I was so in love with this new little baby, I felt mad.  Mad at all the people who told me, "adding a second is easy--you won't even remember what it was like to only have one--your heart and your love just grow and it'll feel like it's always been that way."

You people?  You're all liars.  Or you have an incredibly different DNA make-up than I do.  Which I suppose now that I'm typing this is entirely more plausible.

But really--I want to be honest with you…you being people who haven't added a second yet and are riding that fence wondering how in the world you could make room in your heart for another one without feeling guilty about the first.  My answer is that you can--you absolutely can.  And it will be incredible.  Like mind-blowing incredible. And probably around month four for five you're not going to believe how lucky you are and how much you love these two little lives more than anything in the world.  And when you run to stop your older child from picking up the baby but then you see how the baby looks at her and you can tell he doesn't want anyone else man-handling him the way big sister does you pause your lecture because the bond they share is just so divine….you'll know….your heart has officially gotten bigger.  The addition is finally finished.

But that's what it is.  It's like building an addition.  It's like you have this great house; amazing in fact, but you know it's missing something.  You know that your house could function better with more space, so more people could fill it, and more laughter could be heard, and more love could flow--but you have to do the work to make that space bigger.  And you do--and you love that new space.  You could spend hours and hours in it; making it lovely and making it yours and making it just what you want…..but it takes some work and some elbow grease and some long hours and……some better budgeting---but when it's done?  It's better than you could have ever imagined.  And you'll breathe this sigh of relief that you made it, you did it, and everyone is better off for it.

And sure--this is a trite metaphor--that's not lost on me, but the point here is that parenting is a process.  It doesn't just change over night for the better.  Things don't just magically get fabulous because of a split second decision or even a well thought out one.  It takes some time.  And I don't know if you've come to this honest punch in the gut yet but we really suck at things that take time.  We are looking for quick fixes and fast improvements.  I mean--I was irritated that it took over a minute (literally--one minute) the other day for all my apps to update once I decided to finally hit "update."  That is embarrassing.

But I find myself in that same place so often in my parenting.  Why isn't her behavior changing right now?  I implemented this great point sheet…….20 minutes ago.  Why isn't he sleeping through the night?  He is NINE months old.  (And FYI--this was totally our fault.  Hello?  Babying the baby.) Why doesn't she love piano?  She's had two fantastic lessons.

Why isn't this two kids thing the bliss and heart bursting experience everyone told me it would be?  How can I love both of these babies with everything in my being but feel like a guilty, crappy mom who misses them both so much because I want there to be more of me?

Because it's a process.  That demands some patience and ability to just sit in the mess for a while--not too long--just a while.  But that quick fix thing I mentioned above?  Those first few months when things feel messy in your heart and in your head--it's hard to believe you'll be able to feel like yourself again and that all those promises of 'more love' will actually come true.  But they do.  They so do.

And soon--you'll have a ten month old that knows the minute he sees the bus pull up to the curb at 4 o'clock that it means the most amazing person in his world is about to run down those bus stairs and hug him and he gets his little hand raised proactively so as not to miss a second of being able to wave at her……and you just know…..this process……this stretching…..it's one of the greatest highs you'll ever experience. 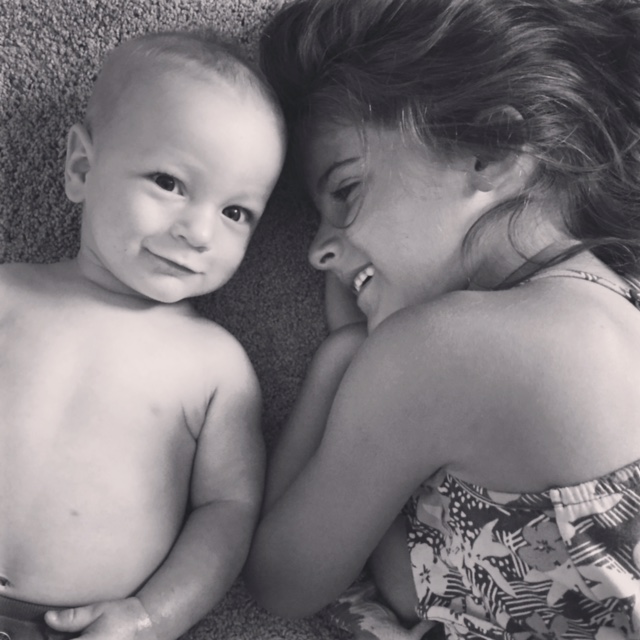 And just to keep it real---I'll keep coming back to this post and all these feelings the next time he's screaming and she's yelling about how he always pulls her hair and wrecks her Barbie houses and gets to throw food and he NEVER never…..NEVER gets in trouble.  Because it's not good to always stay trapped in your head……sometimes you have to clean up the crackers off the floor and put a six year old on the stairs to cool down once again.

Because this whole parenting thing…..this whole life thing……this being a human thing…..it's a process.  Anyone who says otherwise is selling some clothes to an emperor.
Posted by maggie at 9:07 PM 4 comments: Links to this post 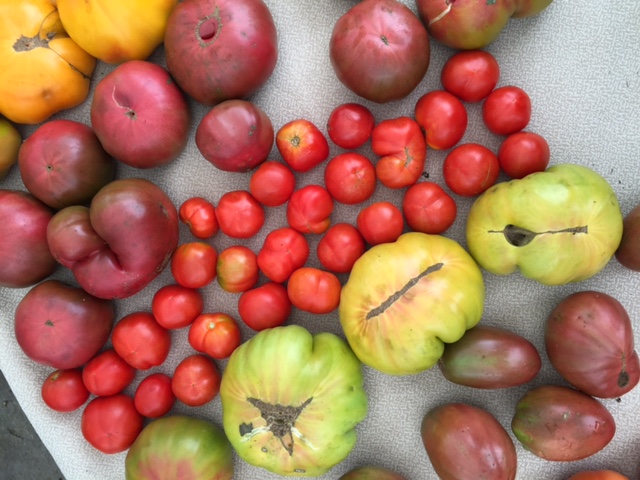 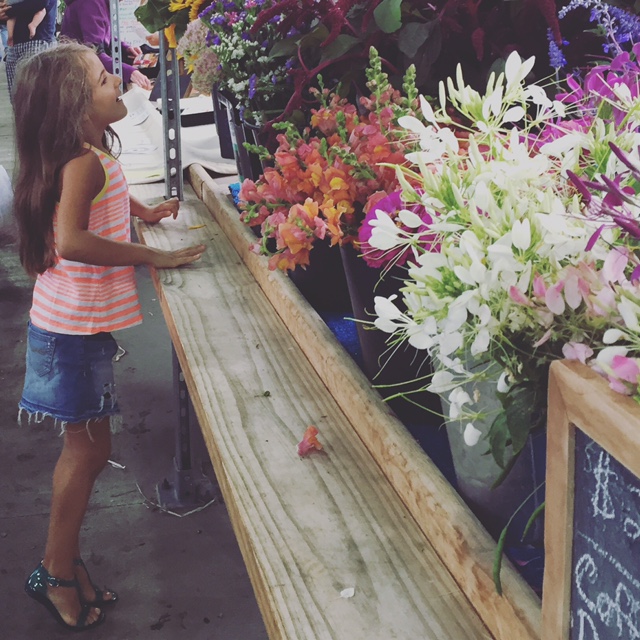 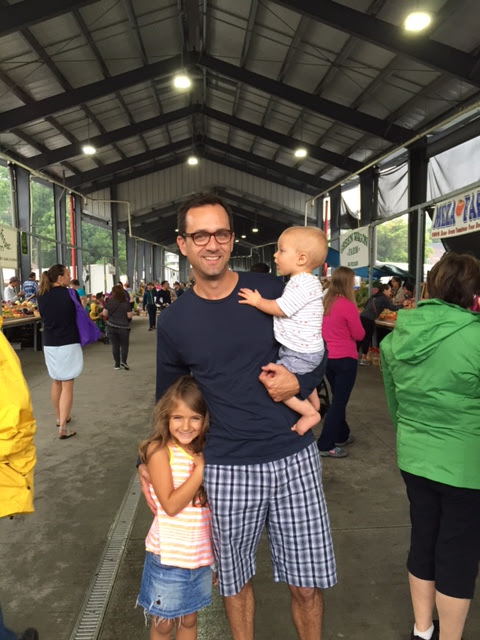 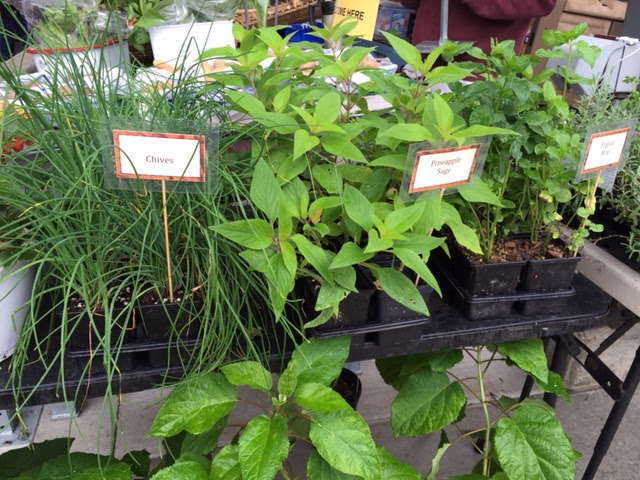 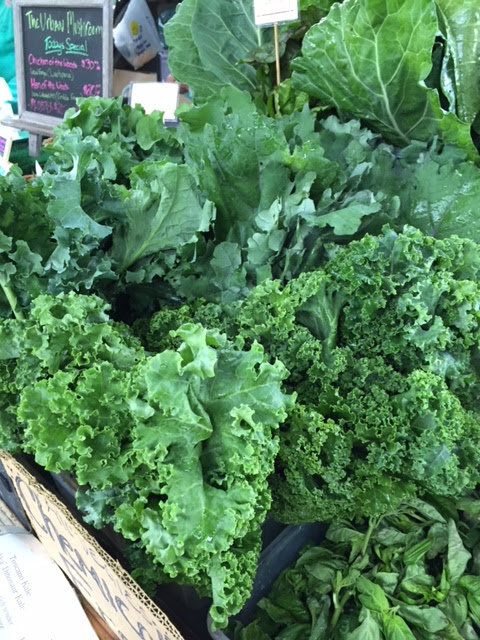 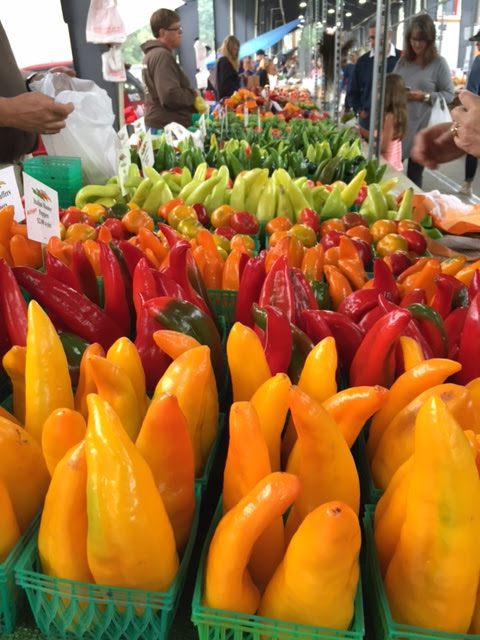 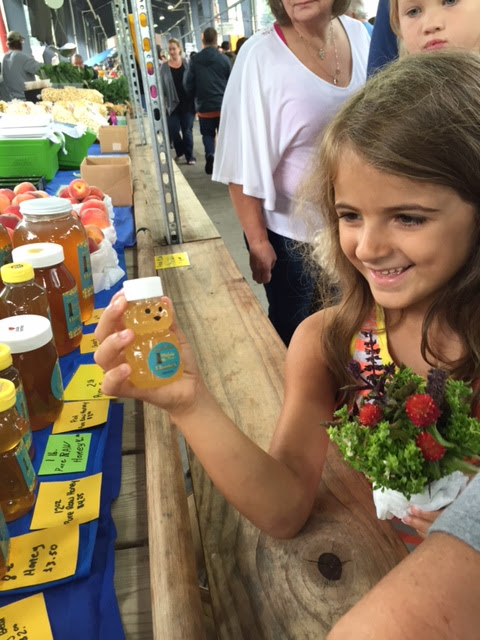 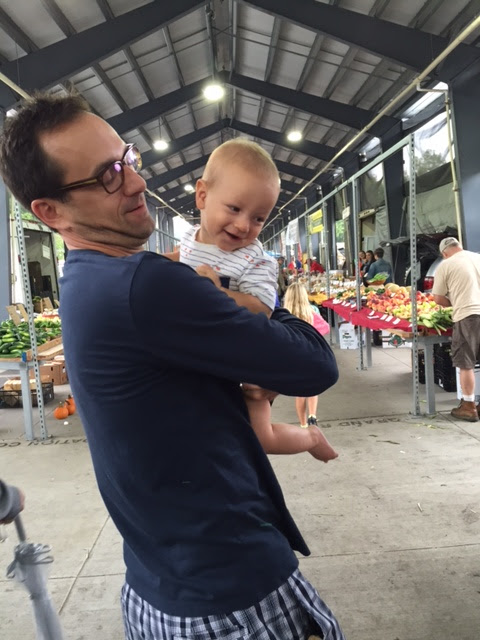 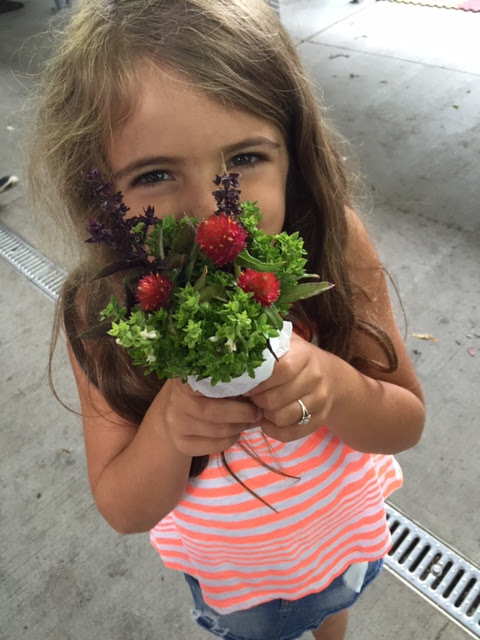 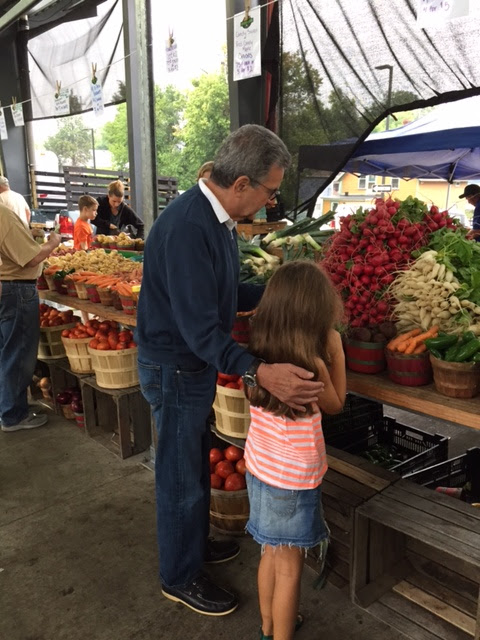 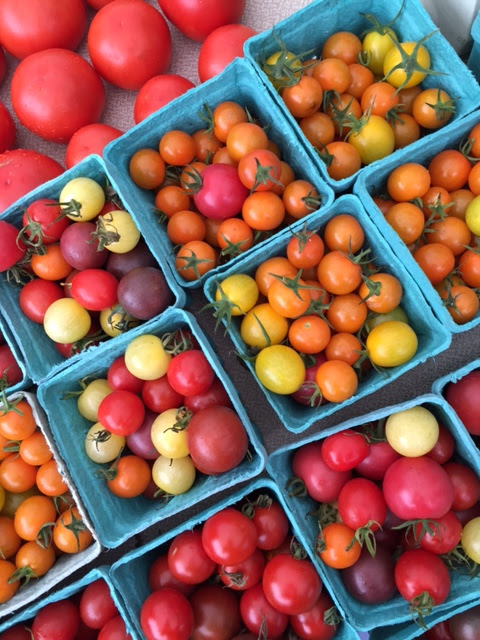 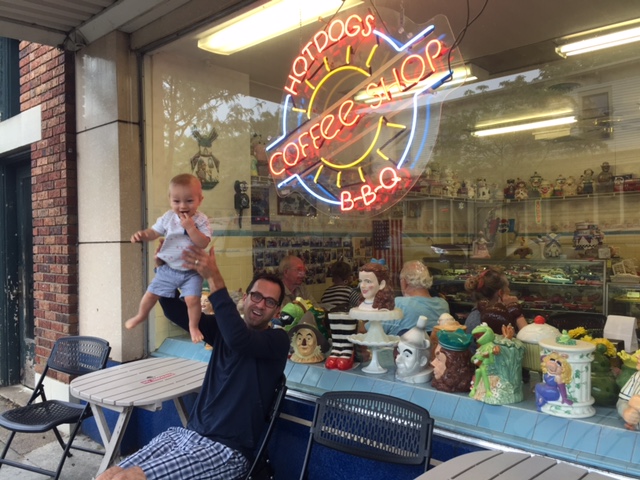 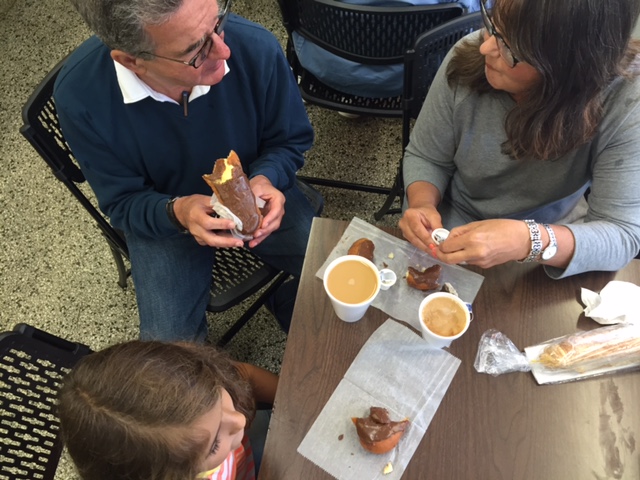 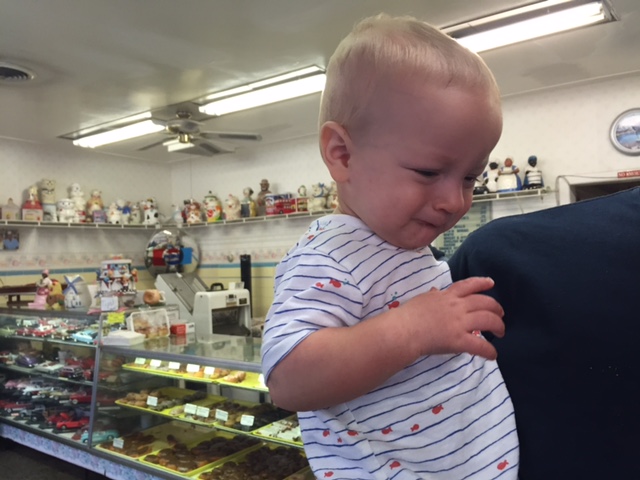 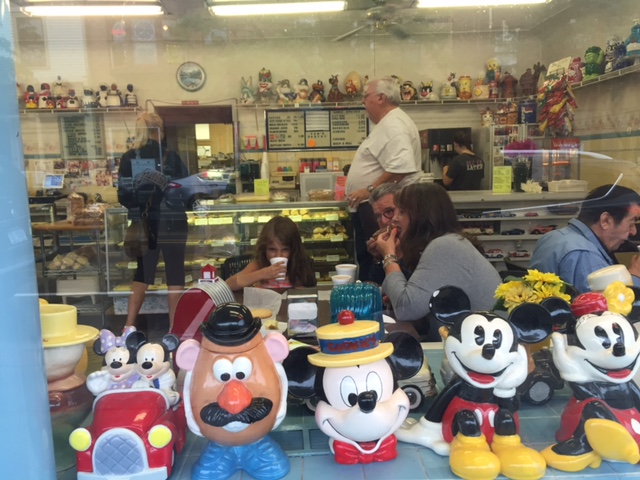 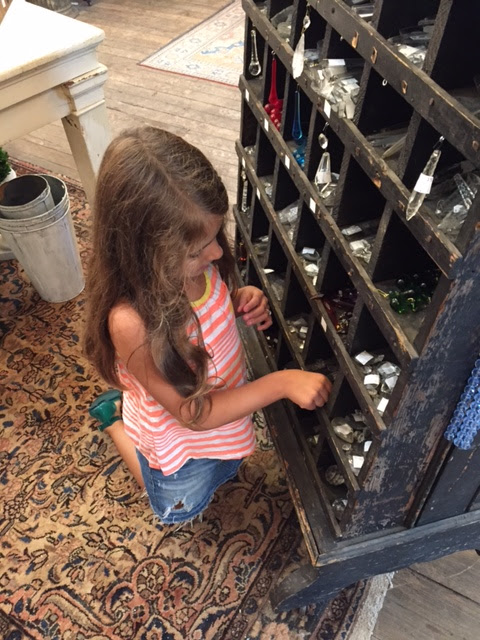 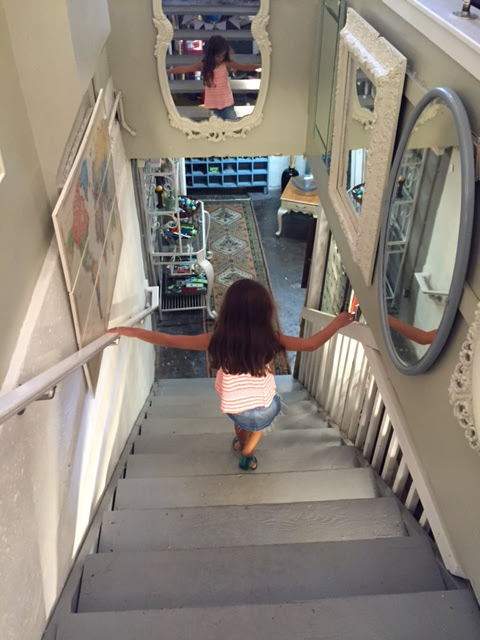 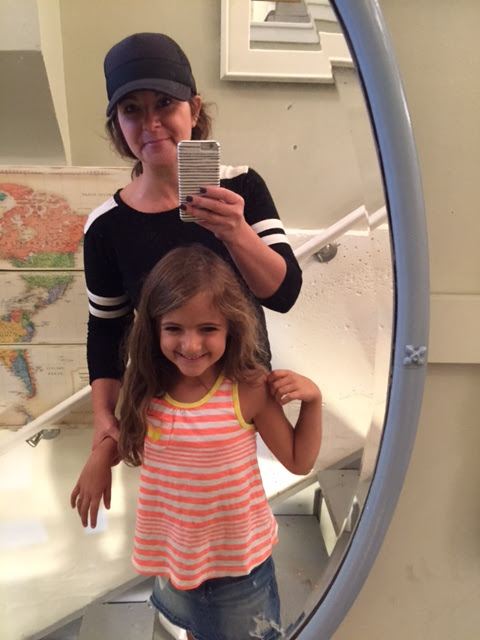 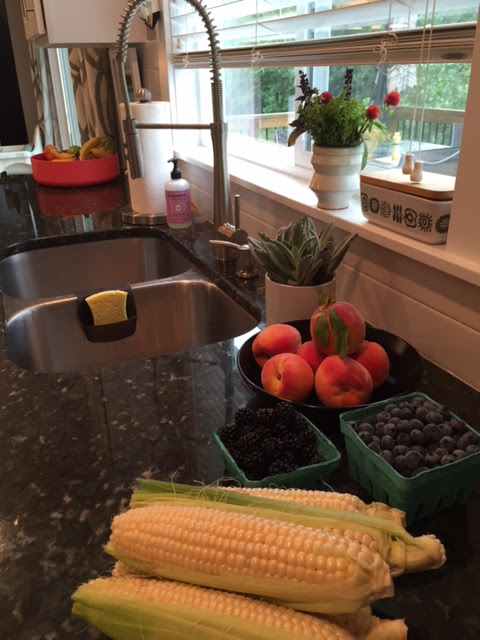 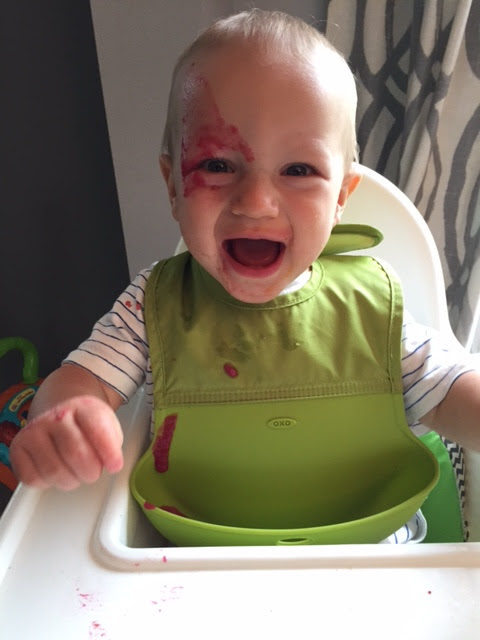 Posted by maggie at 10:00 PM No comments: Links to this post