But she was more than willing to eat a croissant slathered in honey, was begging for a puff of cotton candy, normally eats hamburger with the same vengeance as a lion catching its dinner for the evening, and wanted to get down so we could play hide and seek.

Yeah, well she needed to actually eat something.  We started negotiations with a few green beans (she loves them), a spoonful of mashed potatoes, and a few pieces of ground beef.  All foods that Georgia usually wants fourths of.  You would have thought we'd just induced Chinese water torture.

The tears, the screaming, the snot, the dirty hands rubbing her face and hair, the arching back, and the commentary--oh my word--this girl is drama....."Daddy--I want to to get down, I'm crying so hard I'm all sweaty, I don't like being sweaty, Mommy--I don't even want to play hide and seek anymore, I don't like mashed potatoes, I have snot in my nose........," and on it went.

We took everything off her tray but one piece of ground beef.

She still wasn't having it.

It was time to dig in our heels.

In that moment I heard everything my parents always told me every night in their attempts to get me to eat salad, "Fine.  We'll save it for you for tomorrow.  You can't leave the table until it's gone. We're setting the timer for ten minutes--if it's still there when it goes off, you're going to bed."

I was like fourteen when they said all that to me.  I still don't like salad.  But it was still their job.  Because you can't just live on cotton candy.

There were many attempts at putting the hamburger in her mouth--on her part--dont' worry....I didn't force feed her.  In fact, I pretty much ignored the theatrics.  Washing dishes, feeding the cat, clearing the table, asking Chris how his day was.  I was playing the part of "Love & Logic" mom quite well.  One time out of fifty is pretty good, right?

And then the gagging started.  Remember--one piece of hamburger.

The hamburger got eaten, we played hide and seek, and I'm basking in the glow of winning this parent vs. child battle.  I know I'll lose some--so you have to take a victory where you can get it. Right?

This is the peach almost one year ago.....I'll take this kind of mischief over hamburger tantrums any-day.  I know though......it only gets harder. 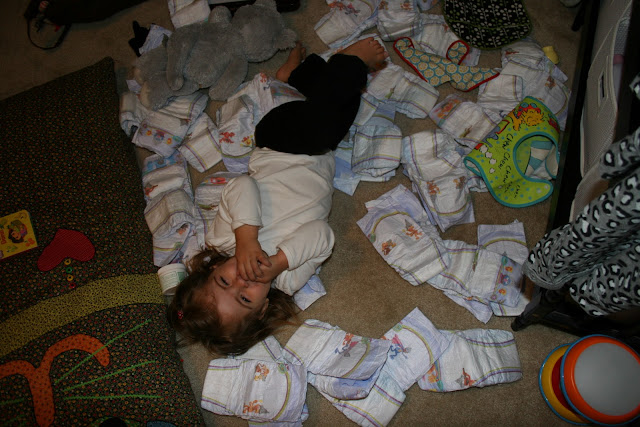 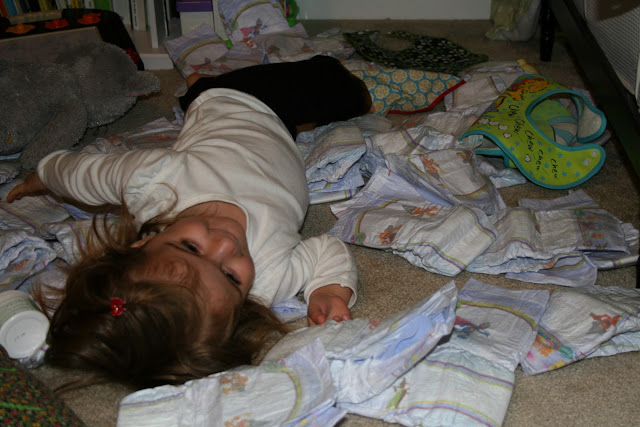 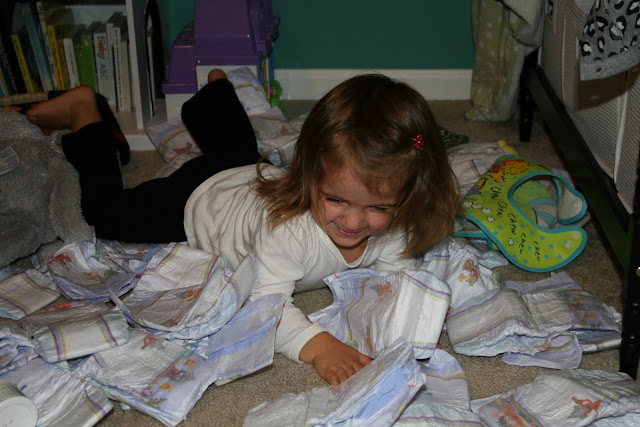