A little late on the six year old birthday party recap.  But…..we've been busy-ish around here in all good ways and just working on other stuff here and there even though I always want to make sure I capture these memories in this space.

The new Cinderella movie came out at the perfect time and Georgia decided she wanted to take a group of her classmates to the movie and out for frozen yogurt.  I was game for that since it was minimal planning and offered built in entertainment. 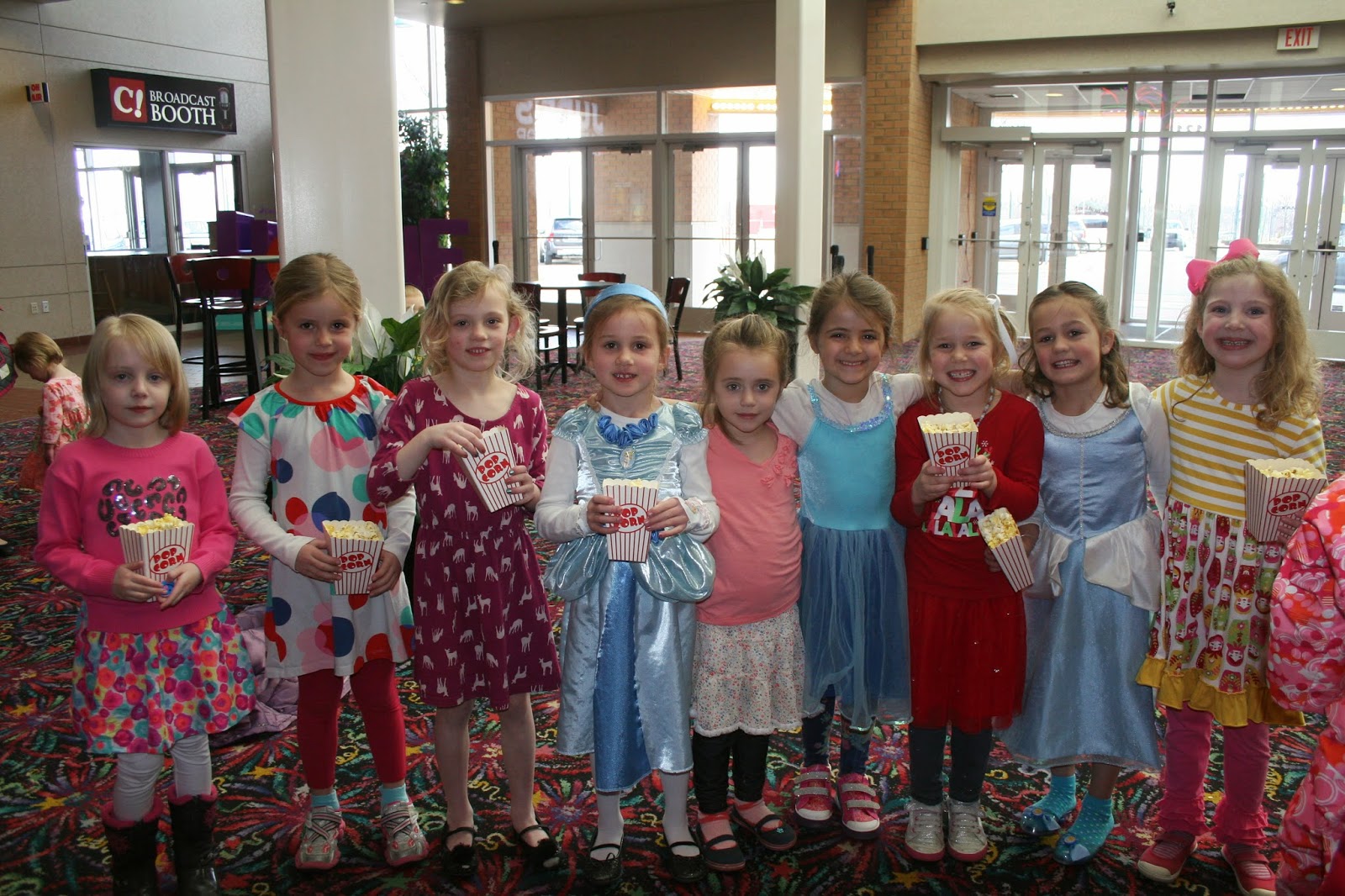 It also provided me at least fifteen trips to the bathroom during the course of the movie as inevitably each little girl had to use the restroom at different times and never when a friend was going (thank goodness my mom was with us so we could tag team who stayed in the theater and who visited the facilities).  So, Cinderella seemed pretty good.  I'll need to watch it again at a later date to fill in the holes. 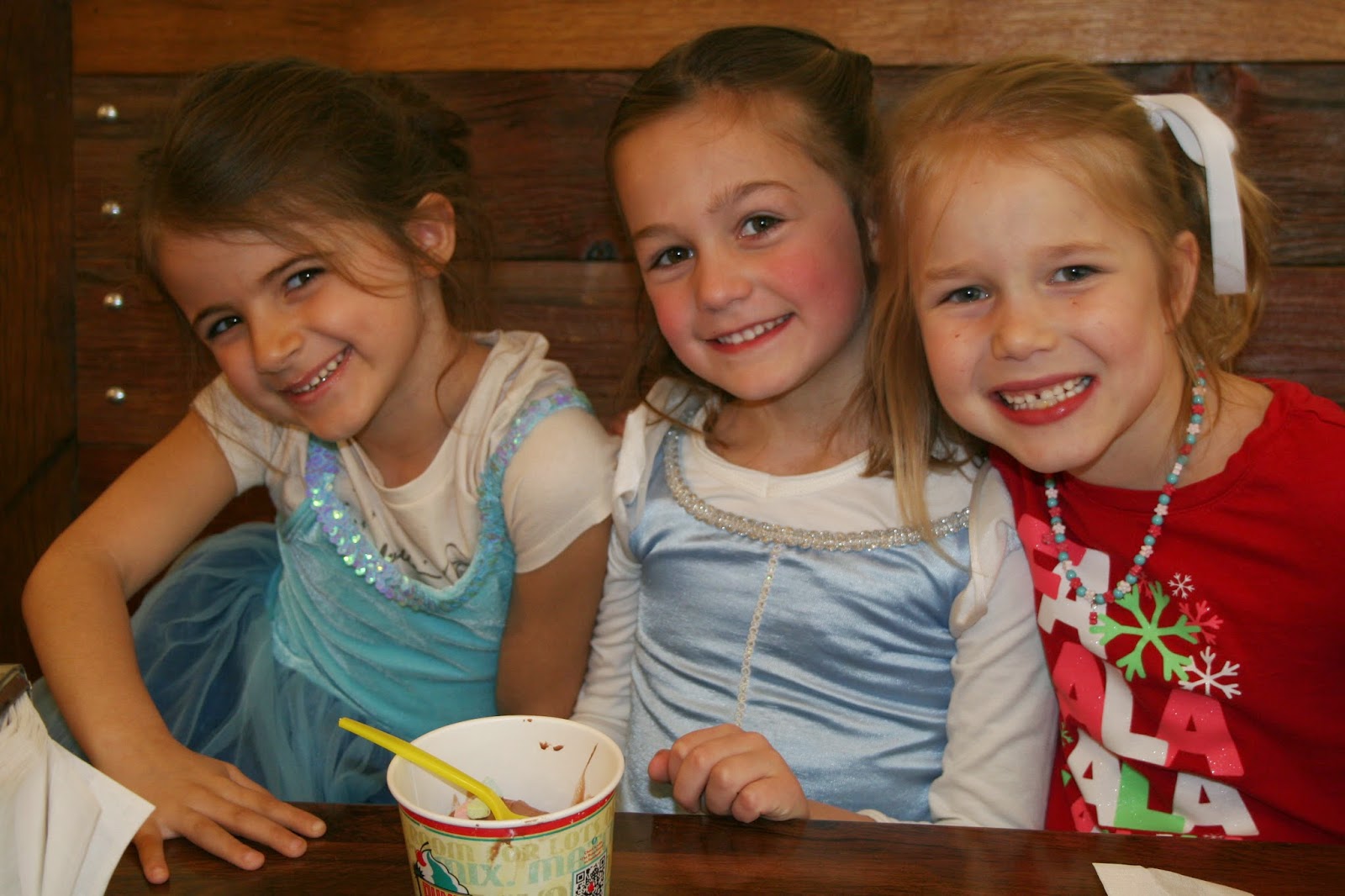 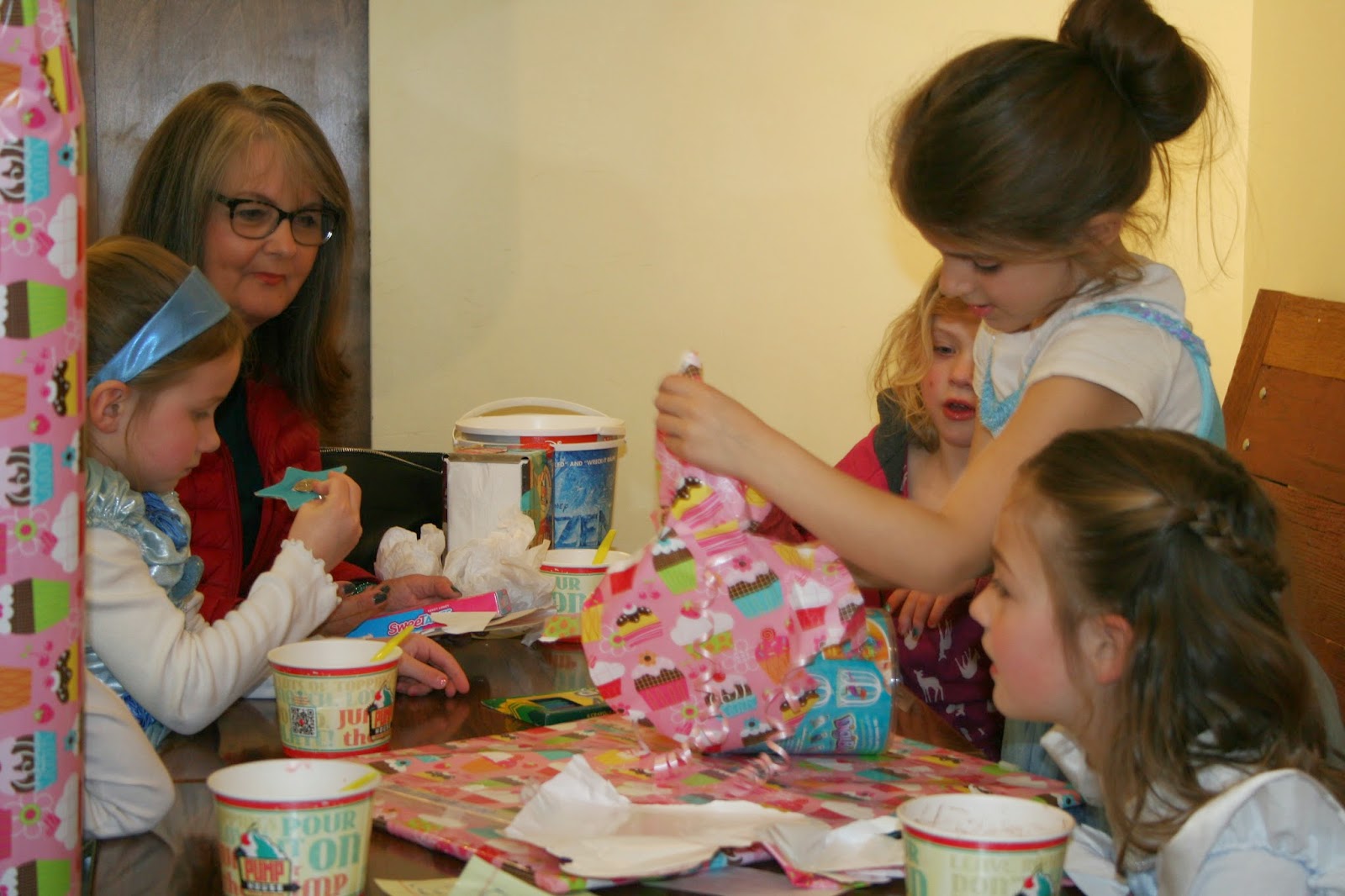 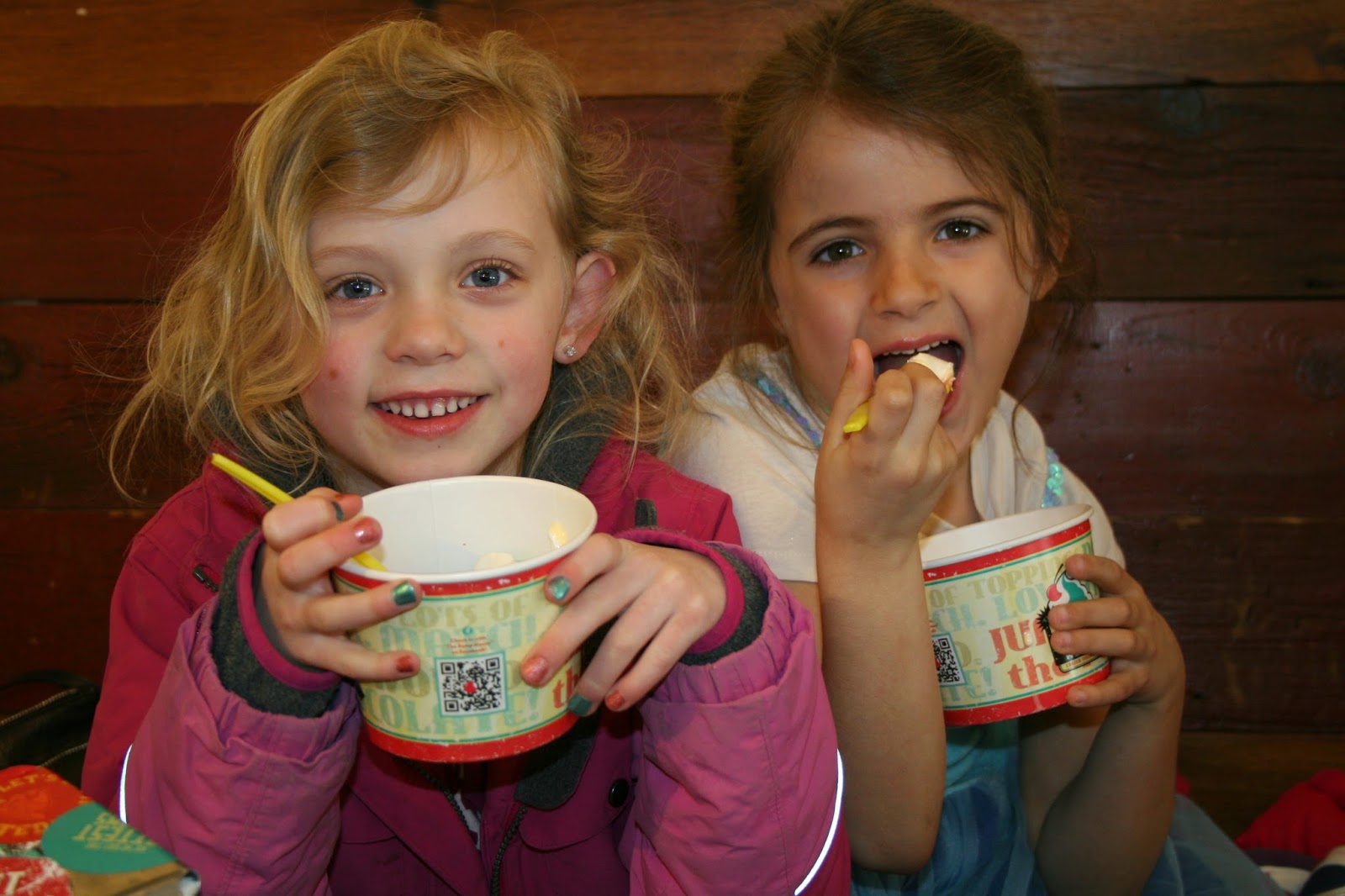 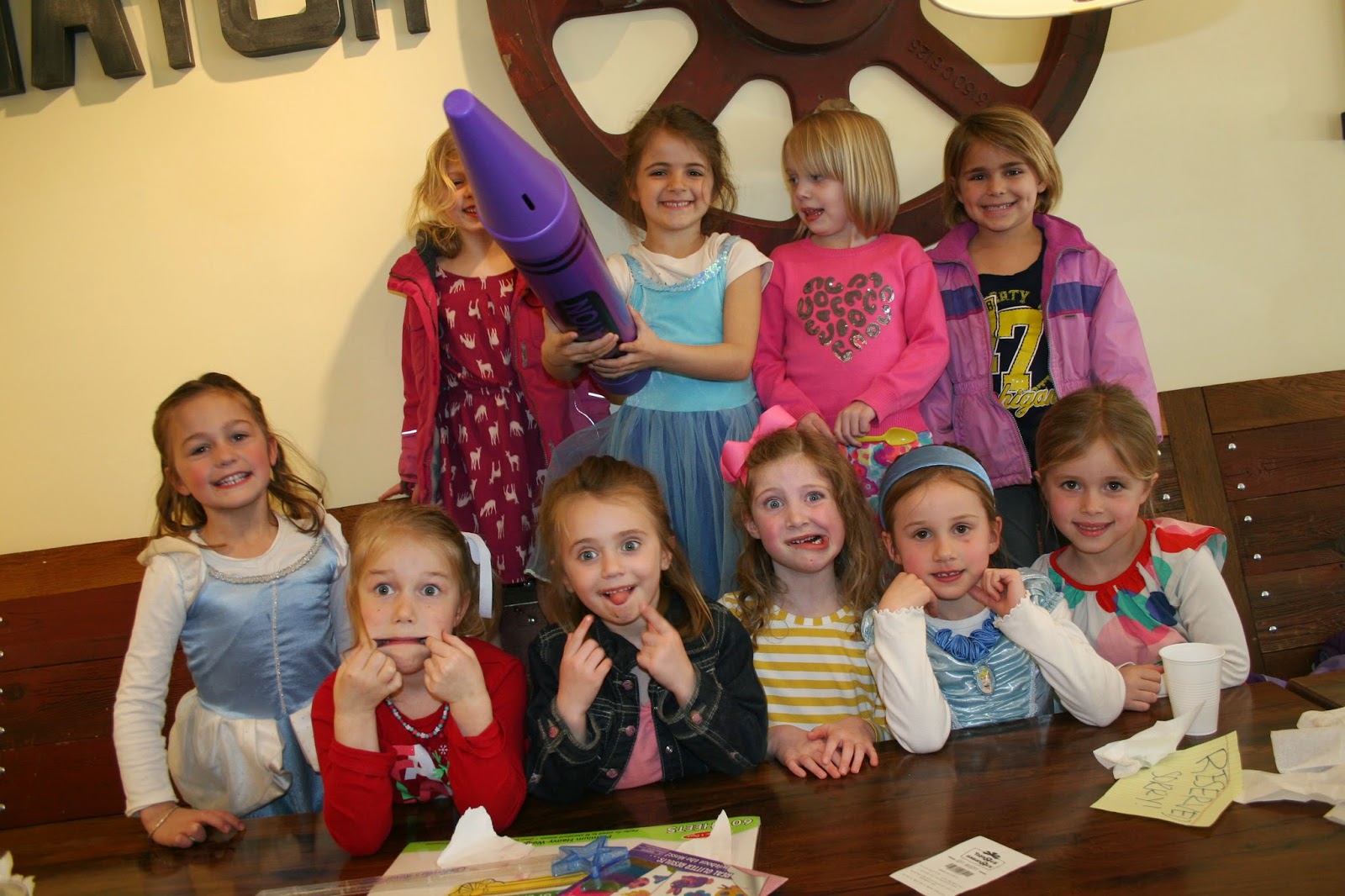 It was a fun afternoon and I always love the chance to hang out with Georgia's friends a little more.  She's met such an amazing group of girls this year at kindergarten and it's so interesting to hear the stories each day after school about how fantastic each one of them is, how beautiful so and so's dress was, what she had for lunch, how she's so good at making up games at recess, and how funny that girl is.

Later that night we had the family over…..and lo and behold……I might have won mom-of-the-year (at least this year) for our gift….. 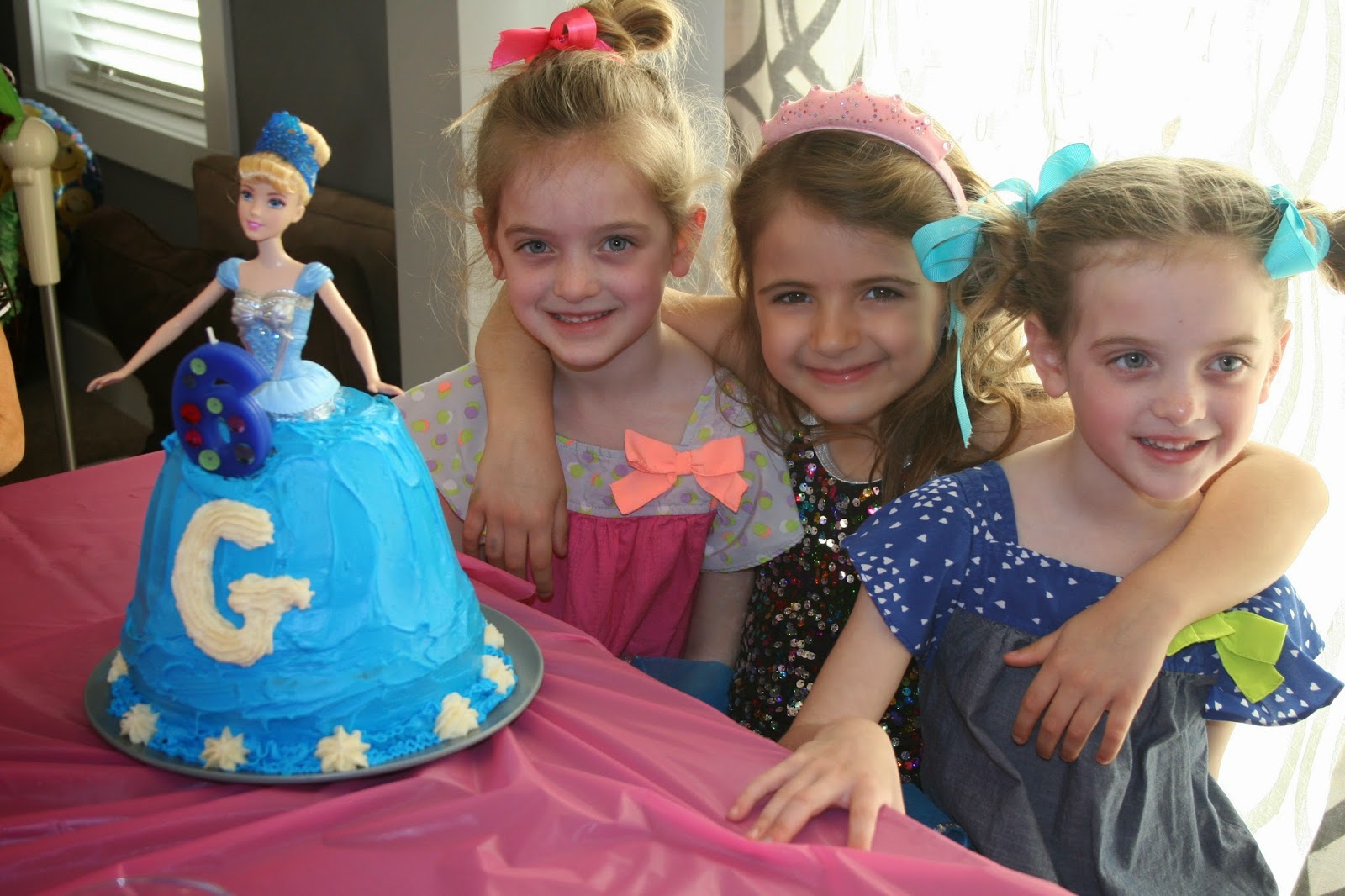 G's cute twin cousins and a Cinderella cake made by Grandma Cathy. 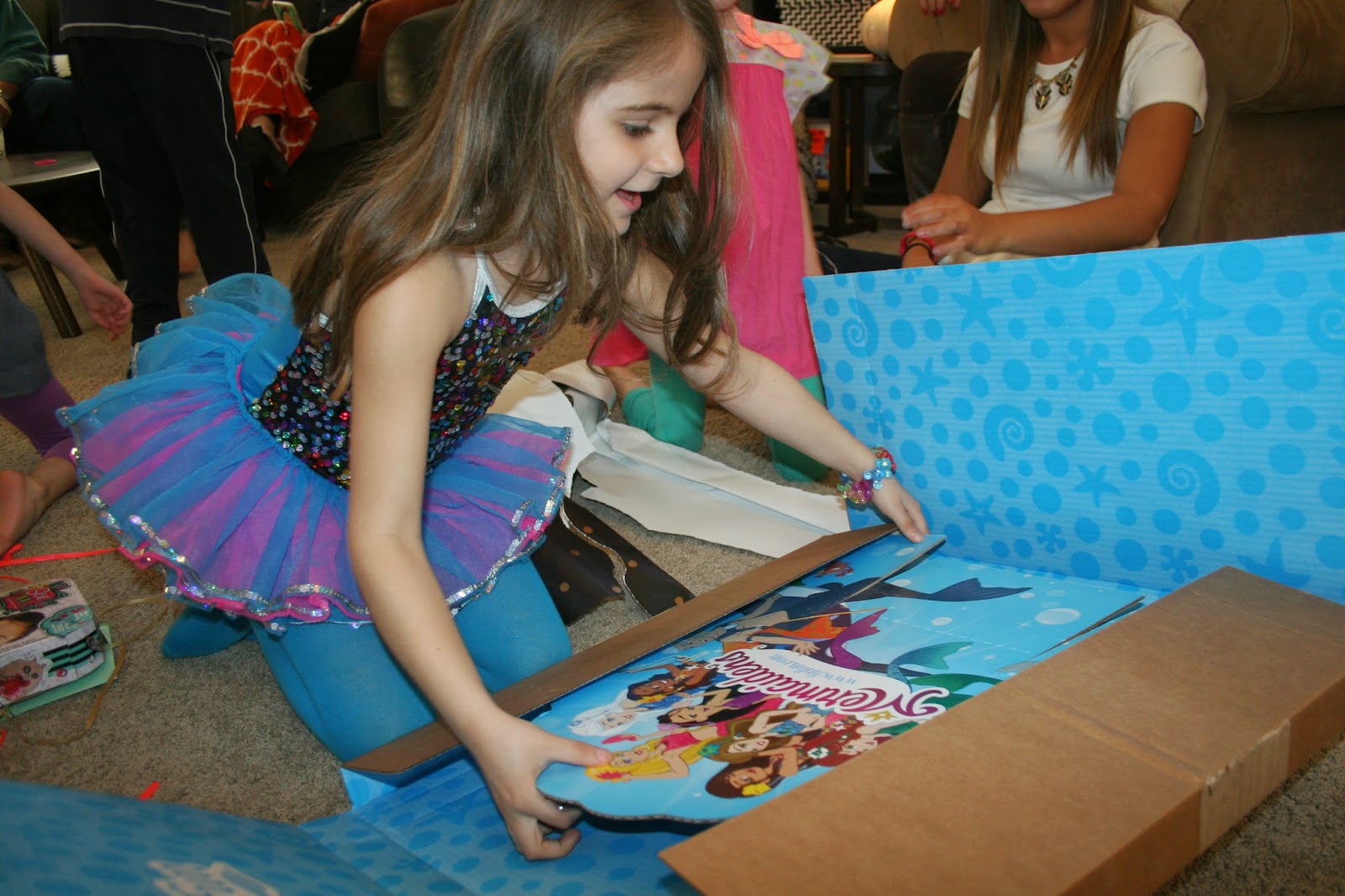 And then…..the mermaid tail.  It will for sure result in a broken ankle or something….but G's face upon opening it…..pretty spectacular. 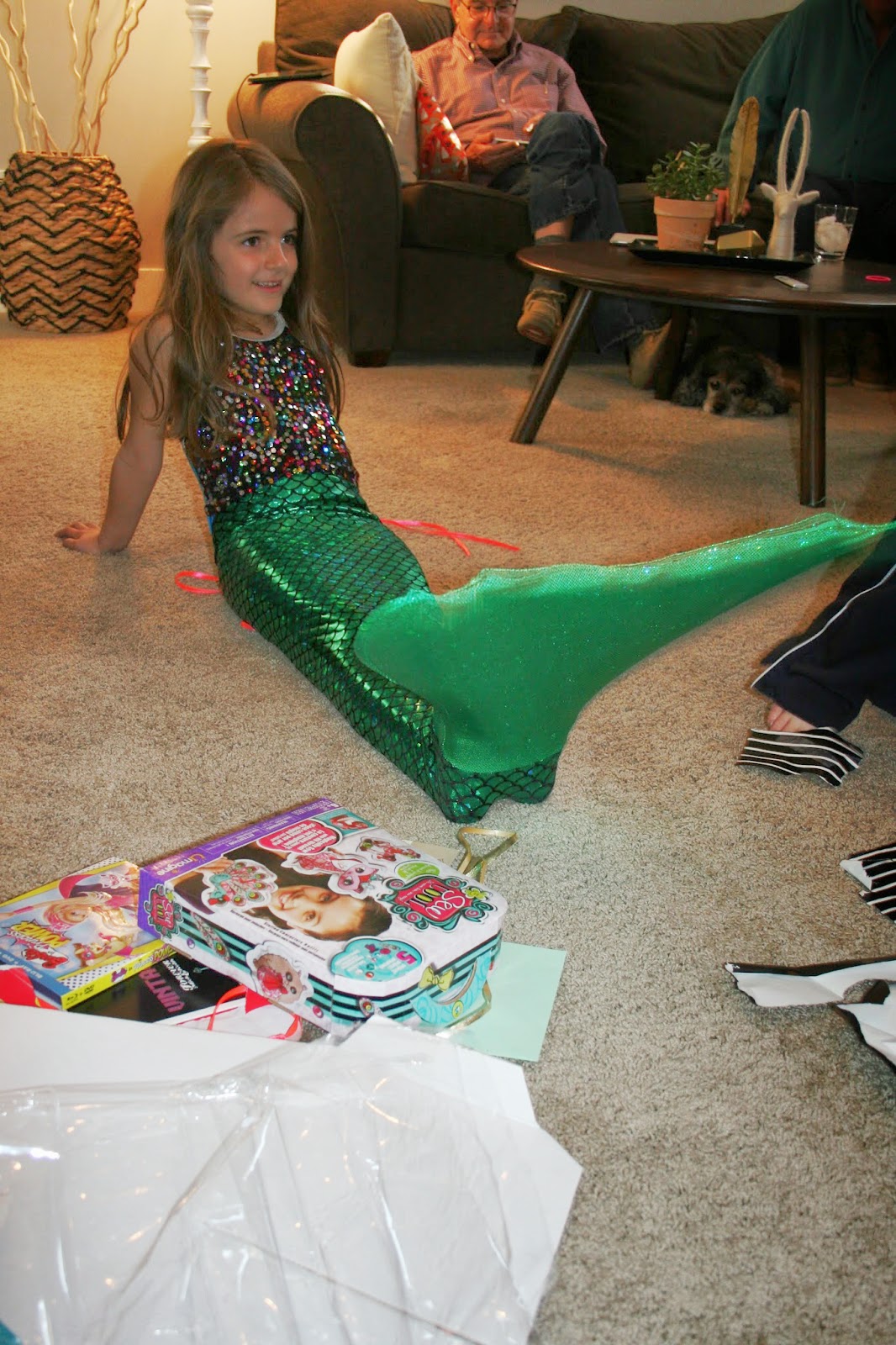 And lest you think this is just a water toy and 'where are we going to be in water this time of year outside of our bathtub?' fear not….this gets worn while laying around the living room, in the shower, while sliding down the steps, while lounging on the kitchen floor, while practicing piano (beginner players don't have to use the pedals--thankfully), sometimes to bed, and anywhere else Georgia can talk me into it. 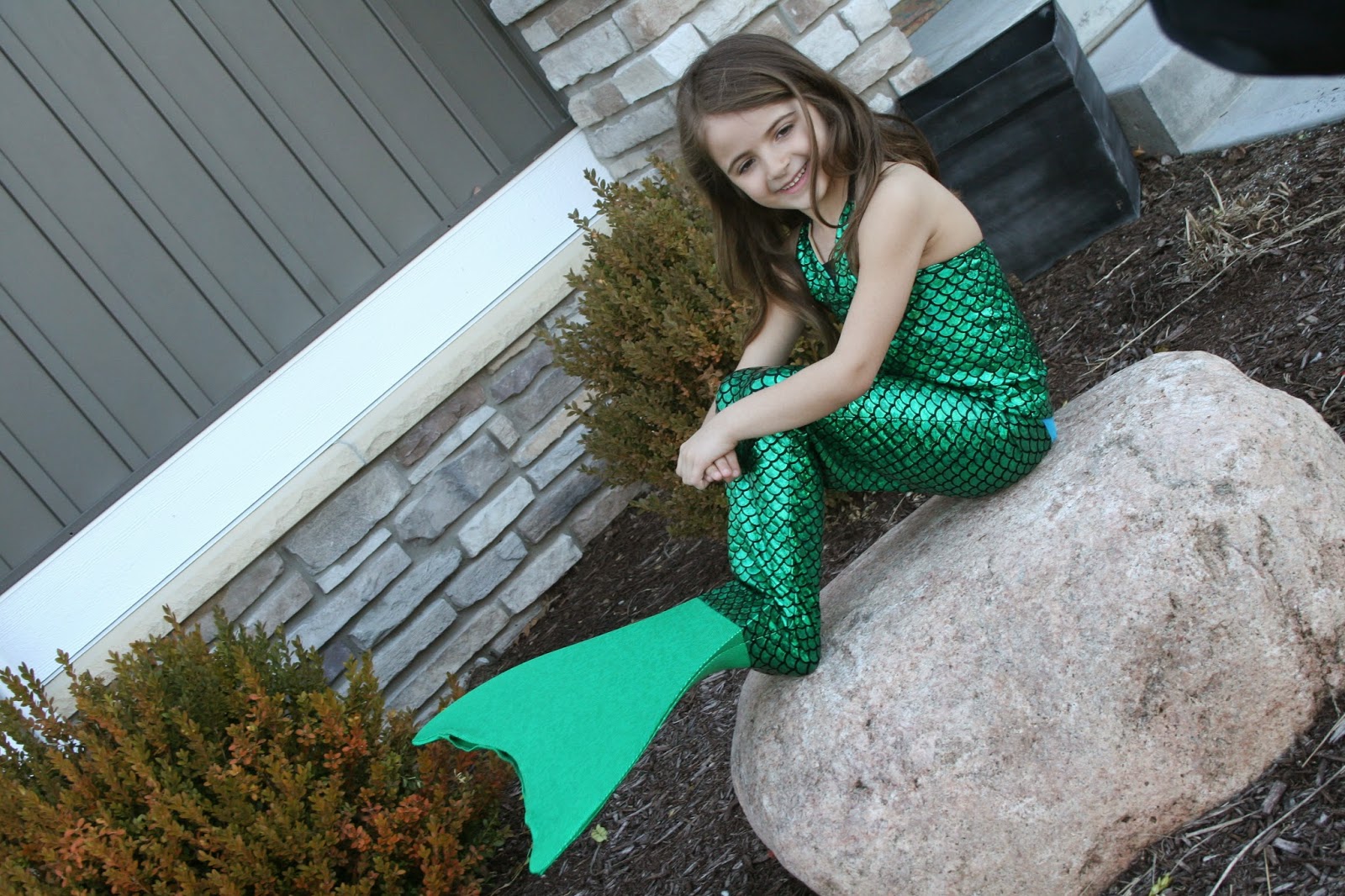 Oh look….a mermaid on the rock in our front yard.  Magical. 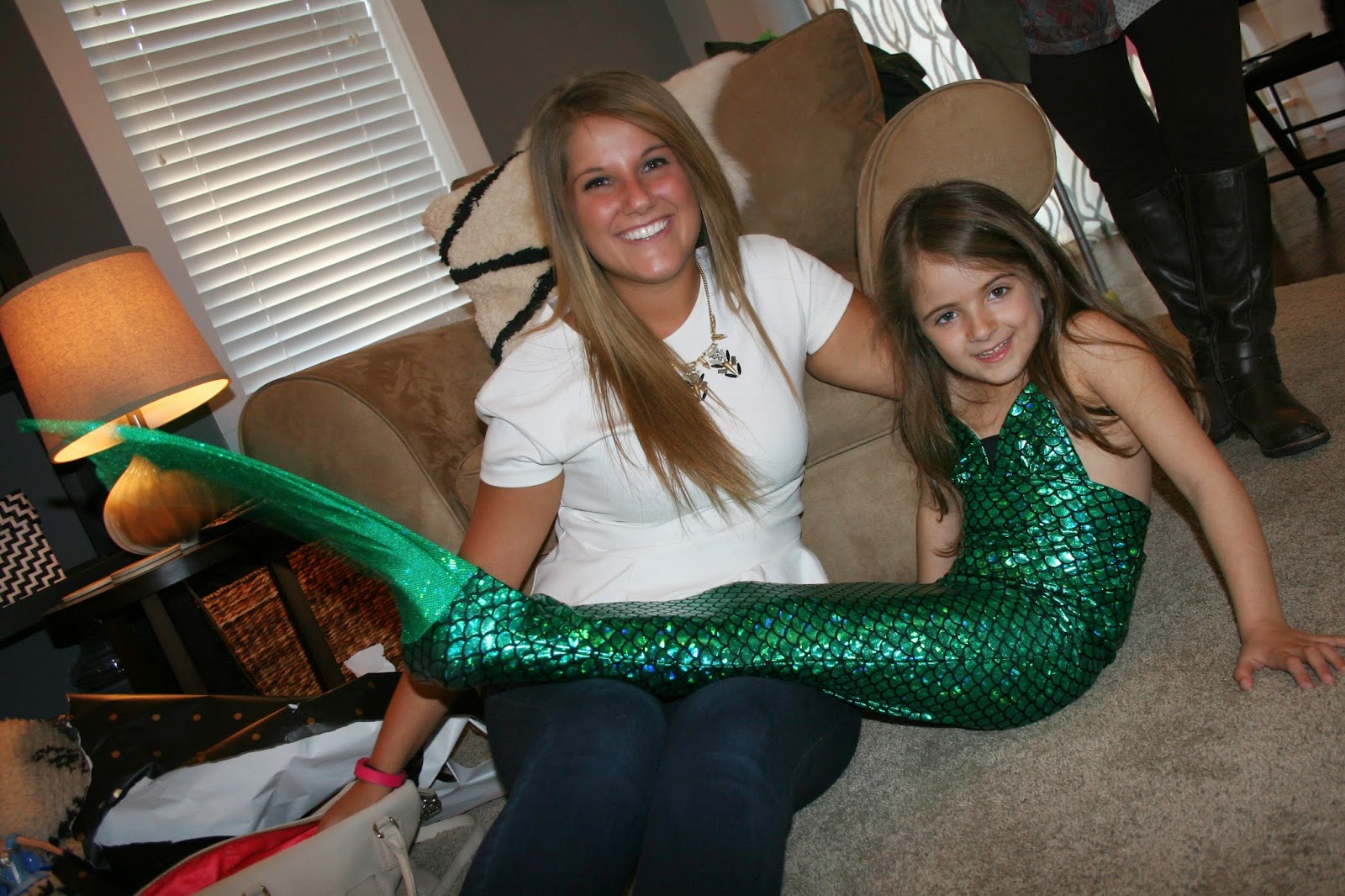 Oh look….that fin almost took one of Tarah's eyes out.  She's graduating from college soon and I think a mermaid tail just might be in her future.

Happy birthday you amazing six year old!  It's mind-blowing to Chris and I that we are here, with a six year old, who amazes the heck out of us everyday.  Who's exploding with new skills and observations and thoughts everyday.

She's our favorite girl in all the world and she makes our family our favorite place to be.
Posted by maggie at 8:02 PM