Do you read A Beautiful Mess? If not……you should.  It's a serene and inspiring little space on the internet.  Good ideas, recipes, and loveliness abound over there.  They've issued a challenge to their readers for the last couple of years right around this time of the year--before crazy commences.

Set four simple goals to fulfill before the new year.

Goals that are not result oriented but habit oriented.

So, not…….I'm going to repaint every room in my house before Christmas--because that's a lofty goal that surely will result in failure.  But more like……..I'm going to make small decorative changes in every room with things I already have.

Or, not………I'm going to lose five pounds. But……….I'm not eating any french fries until January 1st.

I like goals like this.  I think they're more attainable, doable, not as failable.  However, that french fry one could probably throw me for a loop.

I've thought about what my four could be and this is what I've come up with:

1. Read more.  In reality I read a lot; for work, with Georgia, other blogs, magazine articles, a chapter out of a book here and there, etc. etc.  But I don't read a lot "to the end" anymore.  I think it's a result of living in a technology world.  I'm not bashing technology when I say that--I think it's mostly great--I just think it's manifested some habits in people that are different.........like being able to do more things at once but possibly having less focused conentration on one specific thing.  The stack of books that are all started, but none finished, on my bedside table would be exhibit A. 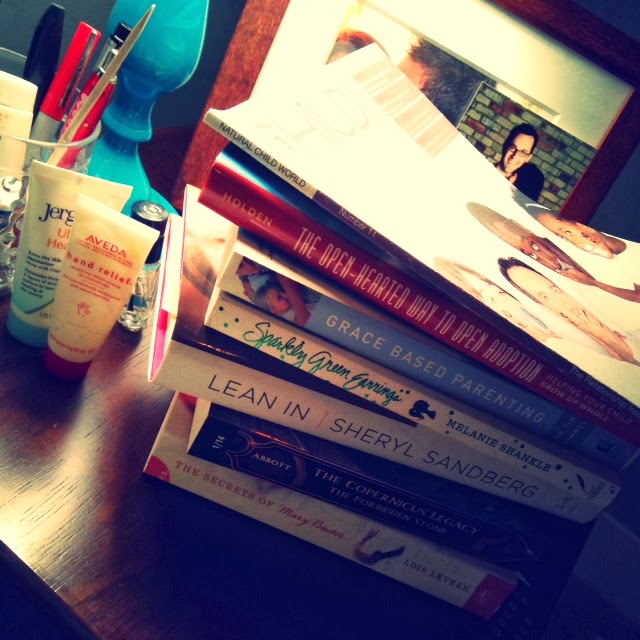 So I want to finish a book or a two that's already started.  They're all great. They just need to be finished.

2.  Bring a meal or two to someone who could really use a break.  I don't think there's any explanation needed for this one.  Steal it if you want to.  Just make sure to use disposable aluminum pans when you deliver it.  You'll earn more points in their book.  At least you would in mine.

3. Donate/Throw Away some clothes.  I am a clothes hoarder.  I'm 36 and I still have some stuff in my closet from high school.  1995 folks.  And I can make a case for all of it.  Because so frequently something that hasn't been cool for six years--all of a sudden is again--because guess what?  I have clothes from at least six years ago.  It's just plain stupid.  And I need to rectify the situation.  (As a former middle school teacher it's hard to type that word without laughing.  If you don't know which word I mean--you're more mature than me--and you were probably never a middle school teacher.)

4. Learn a new song on the piano. We bought a piano in August and it was a great purchase.  I played for over eleven years growing up (I even went to a fine arts camp for piano one summer; which is another story for another day) and that much piano never really goes away.  I play a lot now that we have one, Georgia can be found tinkering away at it most days, and Chris has even toyed around with taking some lessons.  However, I haven't really pushed myself to really learn, to mastery, a brand new piece of music. 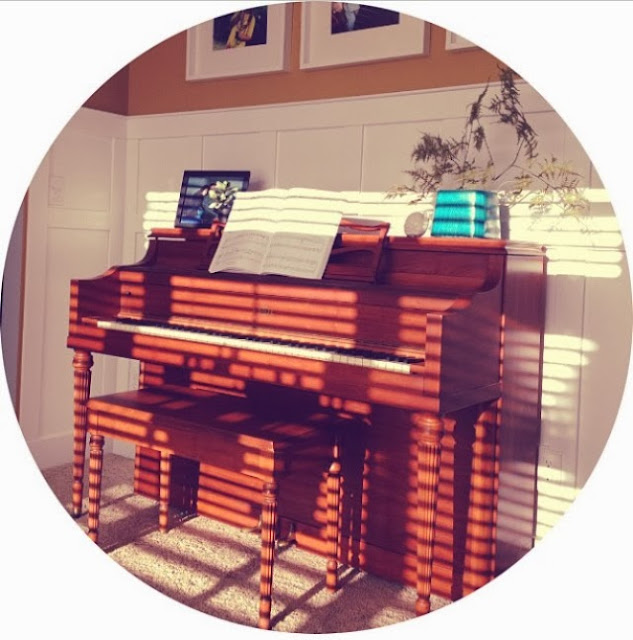 So that's it.  Four simple goals that have nothing to do with Christmas but have everything to do with taking some moments to focus on other things over the next couple months instead of shopping, baking, wanting, spending, running, over-sheduling, and being urgent just for urgency's sake.

What are your four simple goals?
Posted by maggie at 8:21 PM