I found this video buried on my desktop last week.  Georgia was about one and half at the time and just like today.....back then she had extremely strong opinions on very important things like what we used on her bottom, ahem, bobom, for diaper rash.  I remember after we taped this little conversation Chris and I watched it over and over and laughed and laughed.  It was just so quintessentially her.  And when I found it last week we had the same reaction.  Because it's still so her in a nutshell.


But at the same that finding it is just so awesome, like finding a $20 bill in your spring coat from last year, it's so sad because it was so long ago.  And so much has happened since.  Some of it, a lot of it, that I can't remember and while I can't expect to remember three years of details like what kind of diaper rash cream Georgia preferred, it's one of those mom things that you just feel like you should remember.  She's my kid.  Mine.  Nothing is more important to me on this planet than her and her daddy.

It's just another one of those reminders to make the most of every moment when you're in them because chances are....you're not going to remember that many little moments.....that ones that truly end up defining who you are as an individual and as a family.  Of course you'll remember some, maybe more than some.  But you can't remember them all--and as sad as that may be, it's just the truth.  So all we can do as mamas is make the most of them when they're happening and hope that a few of those fleeting bits of sand stick in the palms of our hands forever.

We went to the beach this weekend.  I've never, in over a decade of living in West Michigan, gone to the beach in the winter.  Which is crazy--it's like a college rite of passage here in Grand Rapids to spend some precarious moments out on the frozen white caps--but I'd never done it and I really wanted to.  It was a little late in the season to fully appreciate it--things had started to melt, the snow was a little dirty, and we couldn't tell exactly what was frozen and what wasn't so we had to be extra careful--especially with an almost four year old.  But we did it.  And it was hilarious.  We laughed, Georgia begged to be carried, Chris warned us about being careful, frequently, I told him to relax more than I should have, and we breathed in Lake Michigan fresh air.

Before we left the house I thought, "Is this really going to be fun?  Should we just stay home?  It's starting to drizzle.  A movie and a nap would be fun awesome."  But the thing is--it's a moment.  A moment that was going to pass and that day--I was in the mood to capture it.  I'm not everyday--no one is and that's okay, but when we feel a flutter of it, we should snatch it.  Because if we don't snatch them when they come, those feelings might not come as frequently. 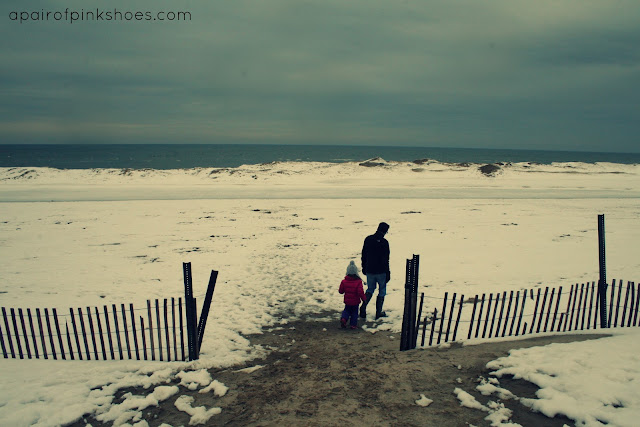 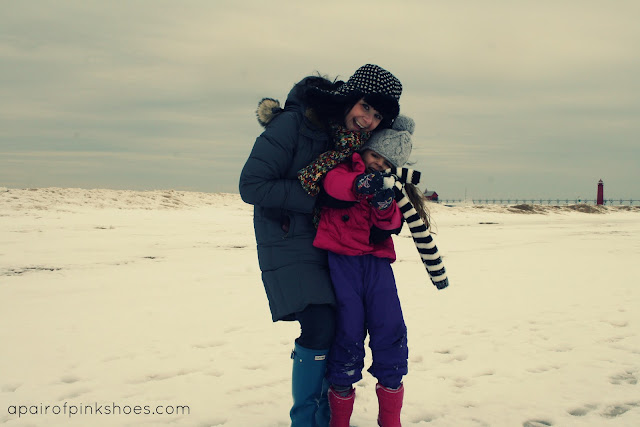 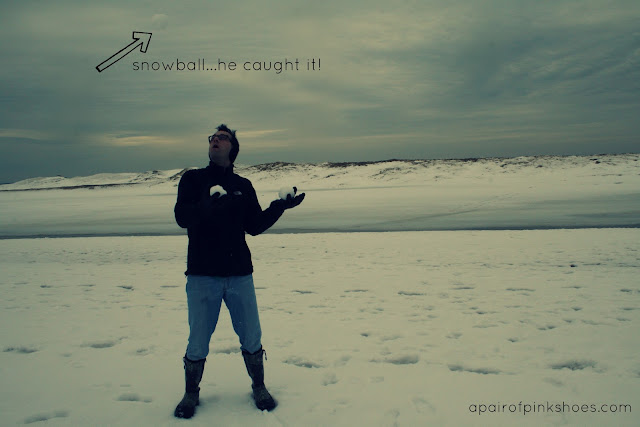 Who knew....my husband can juggle. 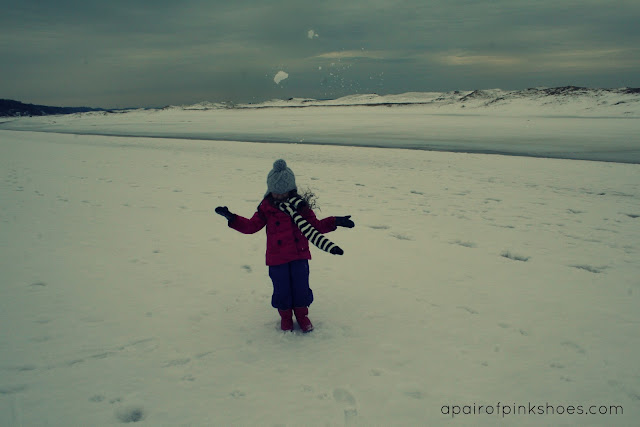 My daughter can't however. 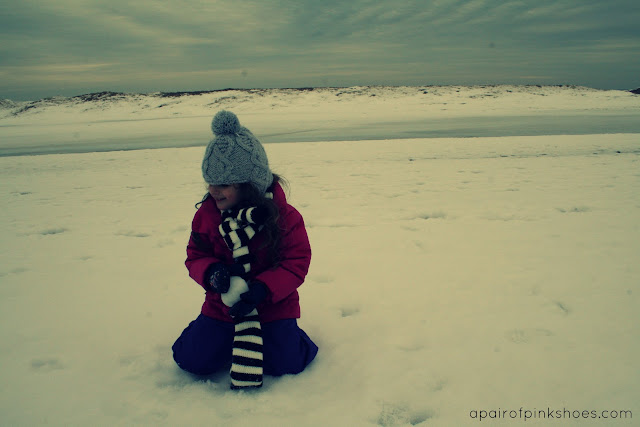 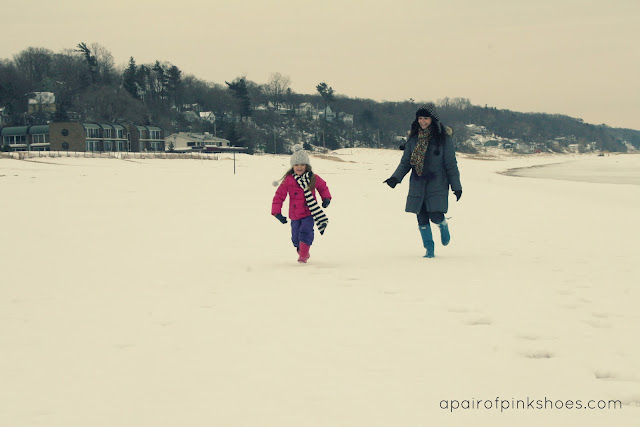 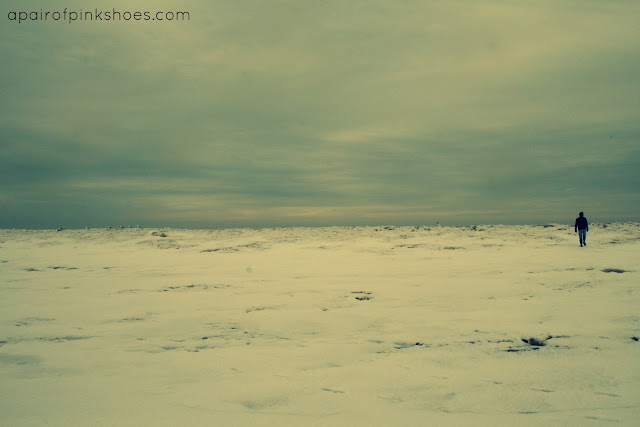 This is Chris's poster for a movie called, "The Last Man on Earth." 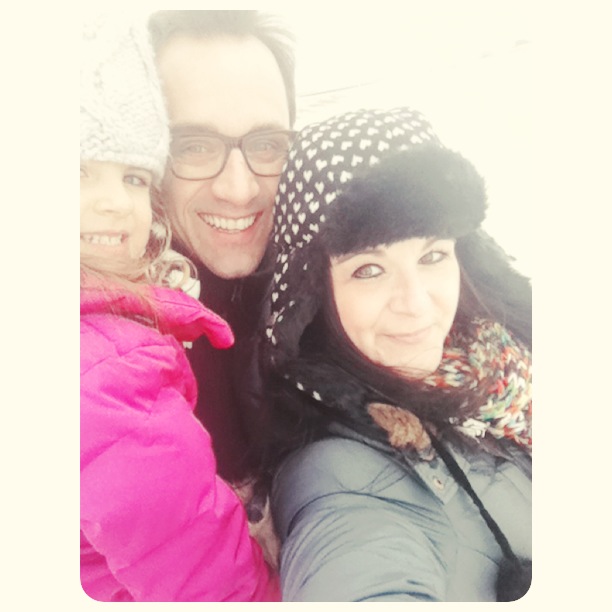 So snatch those feelings when you can.  They usually won't let you down.
Posted by maggie at 10:37 PM