Fall. Michigan at its best.

That's not really true.  Michigan is also pretty amazing in the summer.  It's December through mid-April  that are hard to stomach.  And that's not really true either because the first pretty snowfalls right before Christmas that hang around long enough to play in through early February rock as well.  It's even kind of fun to hunker down during the first blizzard of the year somewhere around mid-January.

So, just mid-February through mid-April are the months us Michiganders would like to erase.

But when fall rolls around it's like the trees are singing the Hallelujah chorus and you really just can't help but join in even if you don't sing soprano.

This weekend was a decidedly fall weekend.  Birthday parties, dinner out, mums & gourds on the front porch, and of course a trip to the apple orchard and pumpkin patch.  Two of them actually.

We hung out with my in-laws on Sunday at a cool little farm north of us where it's pretty much like a veritable birthday party for kids; face painting, tube slides, a petting farm complete with goats, llamas, kangaroos???, cows, sheep, bunnies, roosters, donkeys, and ponies, a clown that made balloon animals, bounce houses, puppet shows, donuts, cider, train rides, corn maze, really expensive pumpkins, and probably ten other things that I'm forgetting.  It was an awesome day. 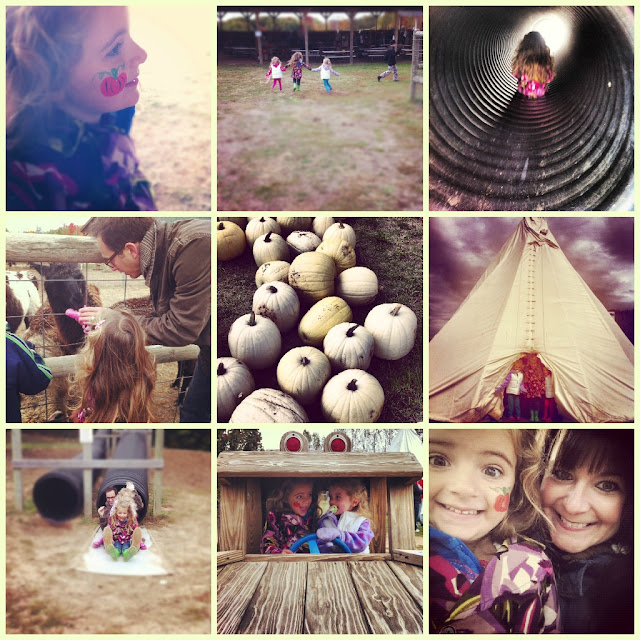 And today?  Georgia had her first field trip ever.  To an apple orchard.  I mean......I'm assuming a school loses its accreditation if they don't take their kids to a pumpkin patch right?  I know, I keep going back and forth between apple orchard/pumpkin patch....but they're inter-changeable right? 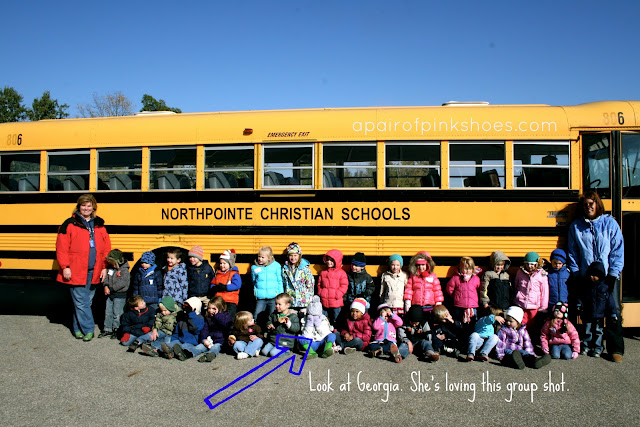 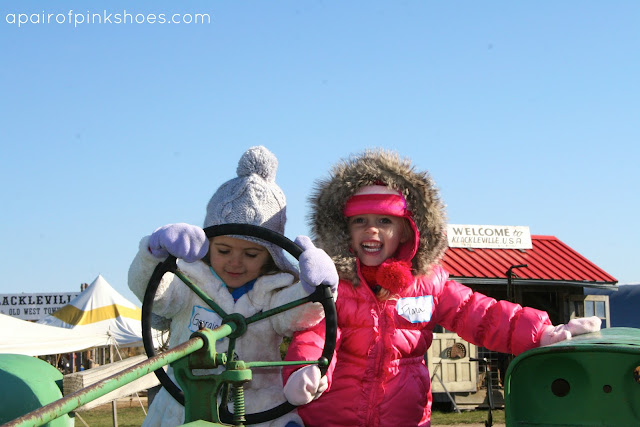 Was it cold you ask?  A balmy 39 degrees.  I don't think I've ever had to dig out hats and mittens so early. But in true Michigan form, it will be in the sixties tomorrow. 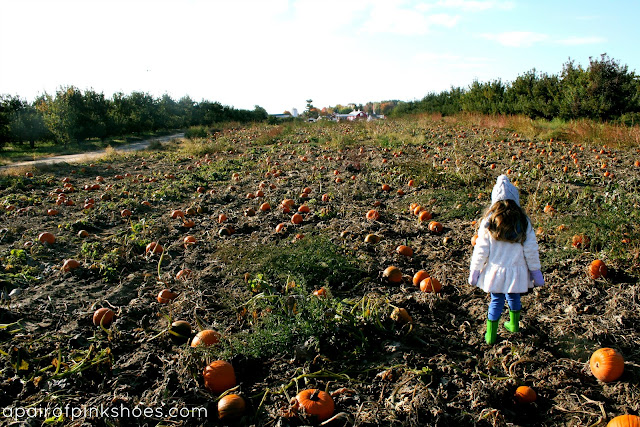 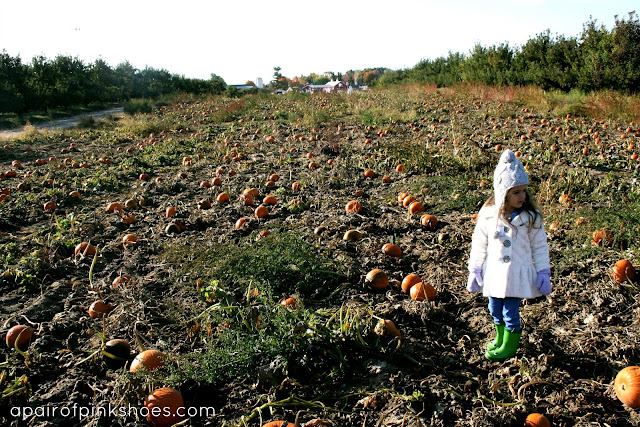 Picking out the right pumpkin.  Such a hard job.  But she made me proud. 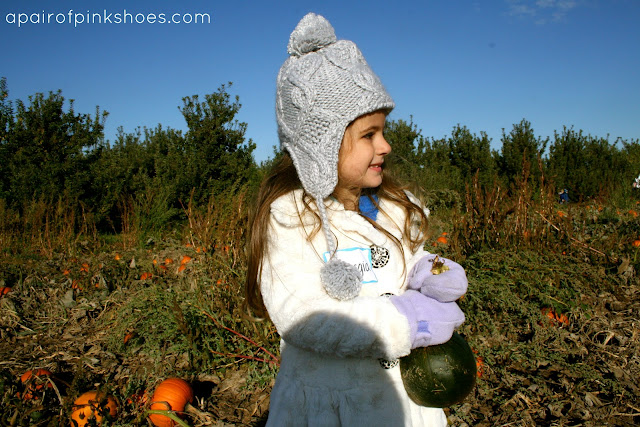 She picked out a bumpy green and orange crazy pumpkin all on her own.  I've trained her well in the art of spotting the cool ones. 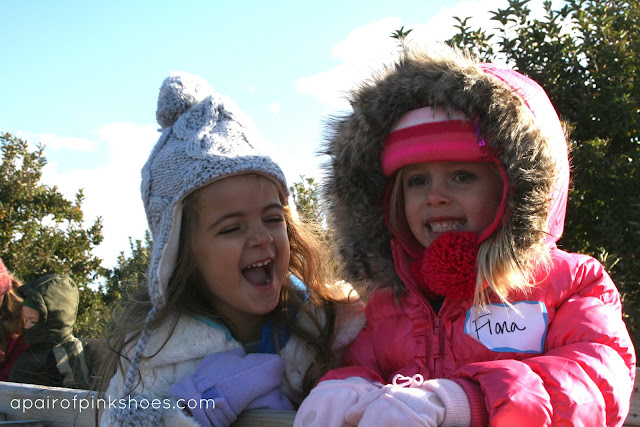 I can't wait until these two are eighteen and can look back at pictures of each other from the time they were babies.  I love that every time Georgia is sitting at her table making a project, it's for Fiona.  And it makes me smile how whenever we're in a store Georgia doesn't want to pick out a toy for herself, but for Fiona (I do, however, see through that thinly veiled attempt at generosity). And even when they argue about toys or one of them hugs the other too hard, or Georgia is a little aggressive they always come back around. 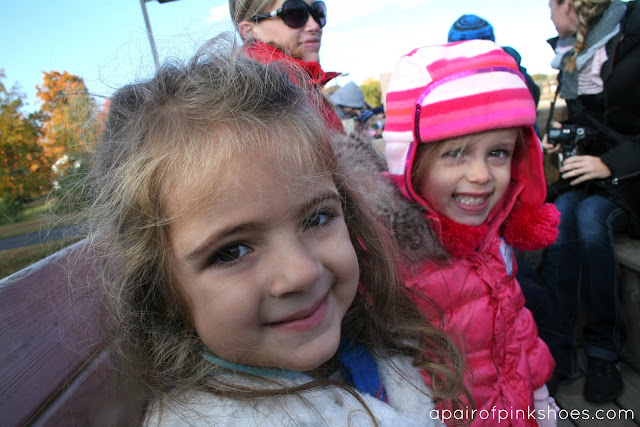 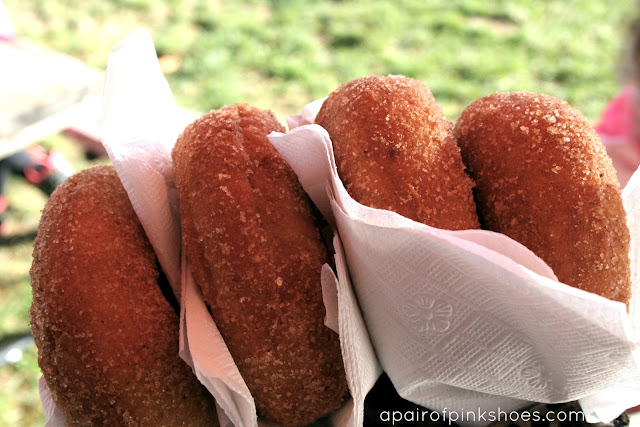 Any other time of the year I'm a glazed donut girl, but when it's fall I can't get enough of these apple cider sugar donuts. 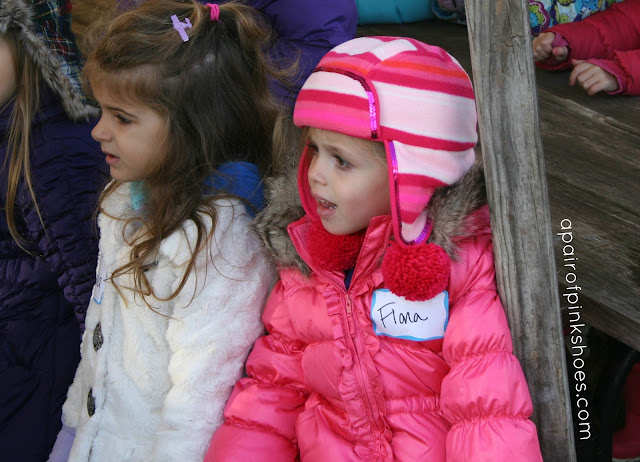 They were "listening" to a presentation about apple blossoms.  I think the apple blossom lady was losing them. I've seen that same look in my 8th graders when reviewing the Monroe Doctrine.  (Anyone know what that was?  Impress me.) 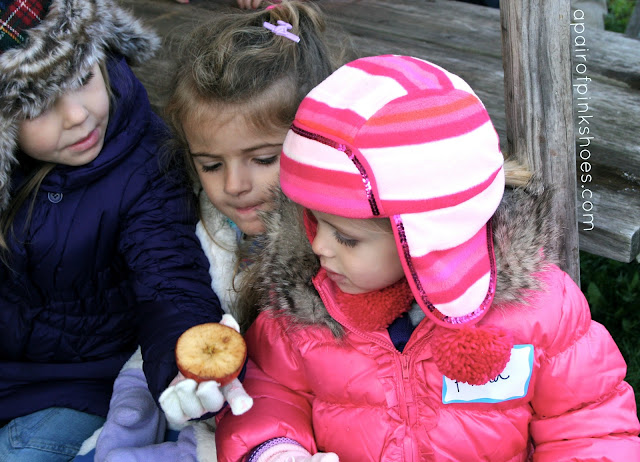 Such a great weekend!  What do you do to ring in fall?
Posted by maggie at 6:31 PM

Email ThisBlogThis!Share to TwitterShare to FacebookShare to Pinterest
Labels: all the in between, georgia peach