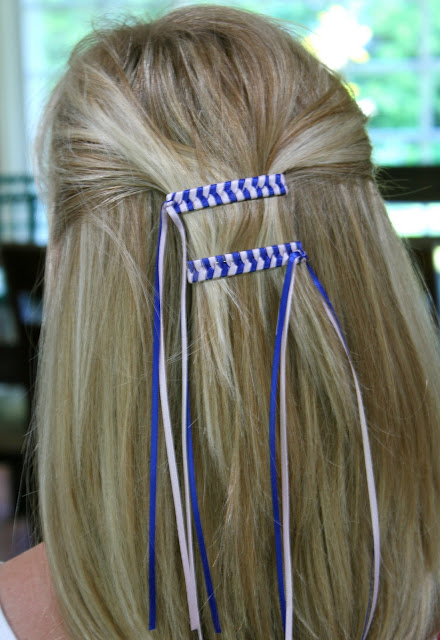 You know you had a pair.  Mine were purple and light purple and I think I often wore them with a pair of mint green (yeah, I said mint-green) linen over-alls that my mom's friend made for me.  I don't know why I loved them so much (the barrettes, not the overalls); they created the illusion of long hair?, all the cool kids had them?, they were purple?, all of the above? Probably.

Well--I think they're cool again.......especially for two year olds named Georgia.  And if you have a little cutie it's way easy to make these for them!  I modified them a little bit and didn't use barrettes but these big bobby pin/clips that Goody makes. They stay in my daughter's hair better and they hold more hair than the old school barrettes did. 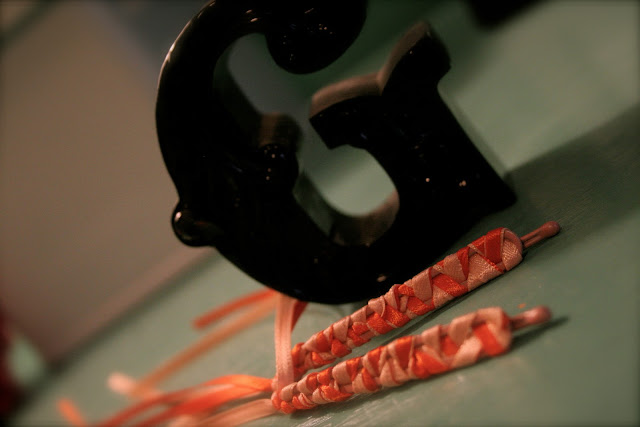 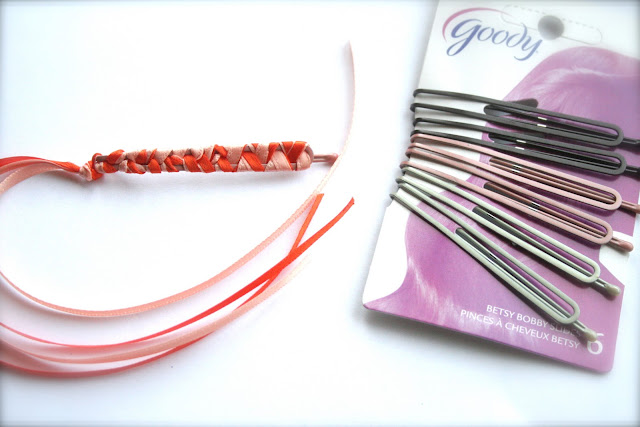 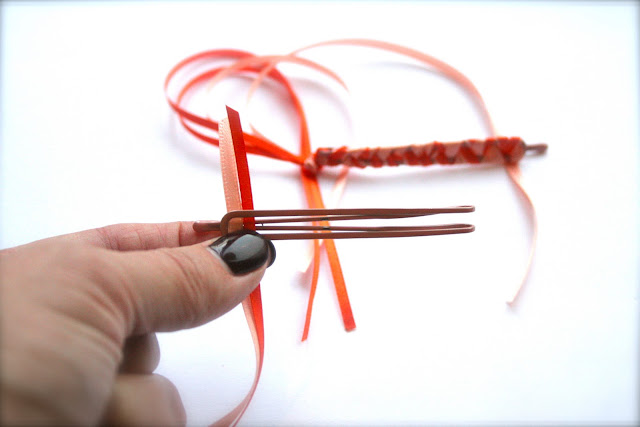 Cut about a foot of ribbon (you'll want to use fabric ribbon--the kind you buy on cardboard spools for about .50 cents a spool at Michael's or Hobby Lobby). Use two different colors.  Put them together and thread them through the top of one side of the bobby pin (when I say top I'll be referring to the part of the bobby pin that will still show once you put it into your hair).  Start at the front of the bobby pin too--the part that would slip into your hair first. 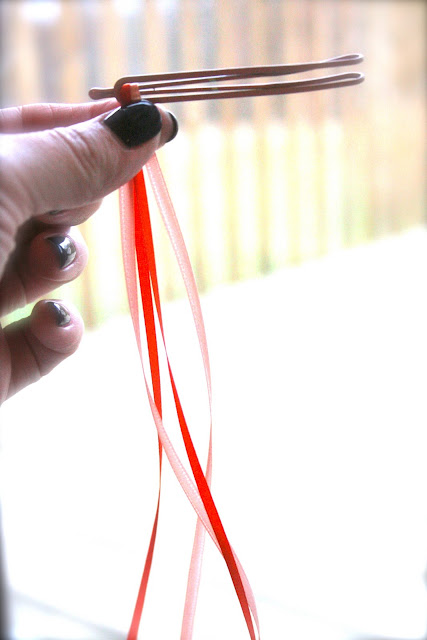 Pull the ribbon all the way through the top of the bobby pin until it hangs evenly in two sections.  In this picture it looks like I have the ribbon hanging over the part of the bobby pin that would be underneath your hair--it wasn't......the picture just looks weird. 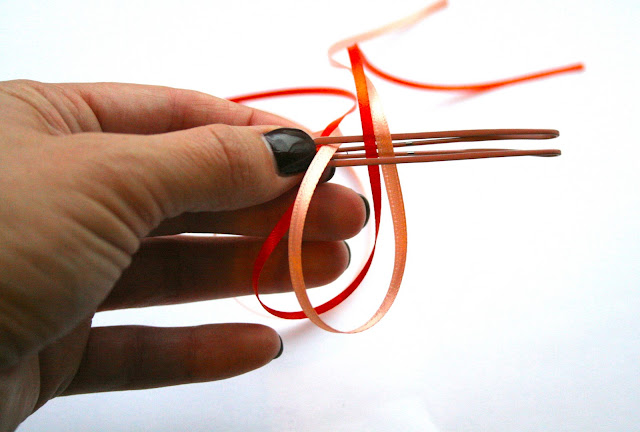 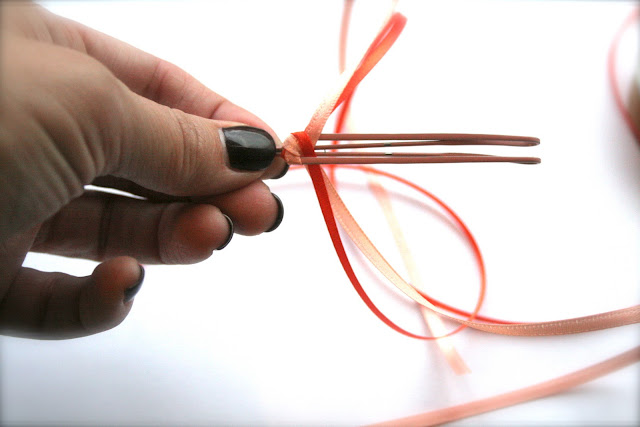 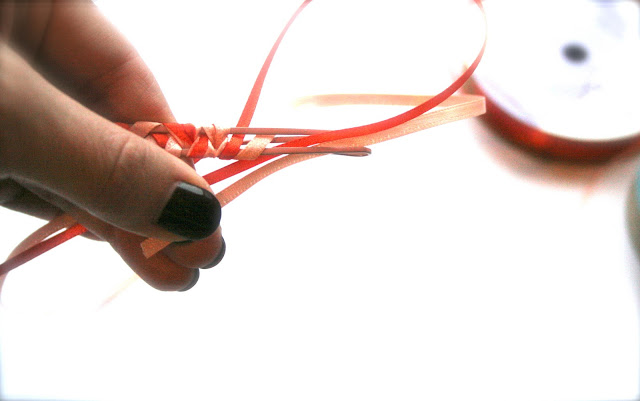 It's okay if it looks messy as you work. Just keep pushing the "braid" tighter as you work down the entire length of the bobby pin.  It will look better at the end and it's okay if it isn't perfect. 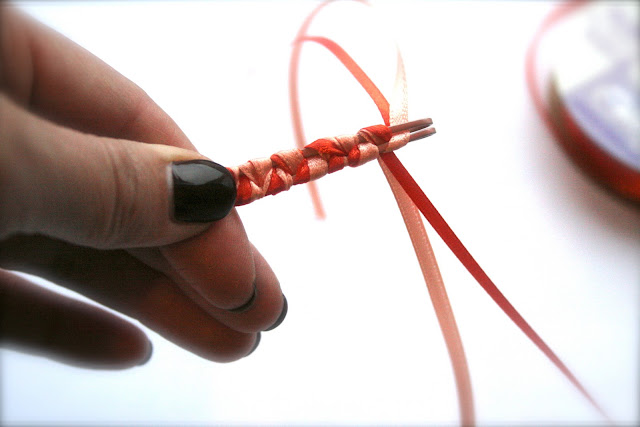 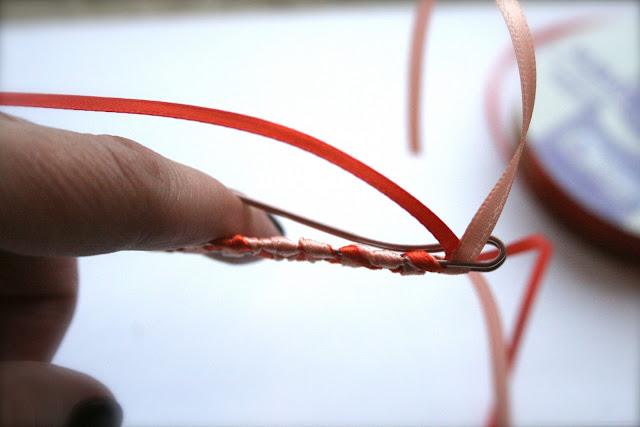 A helpful hint.....I spread the bobby pin apart (like above) and leave my finger in there.....yep....it does kind of hurt.....but this will ensure that you don't loop the ribbons around the bottom of the bobby pin--which would "lock" the bobby pin and not allow you to open it when you put it into your hair. 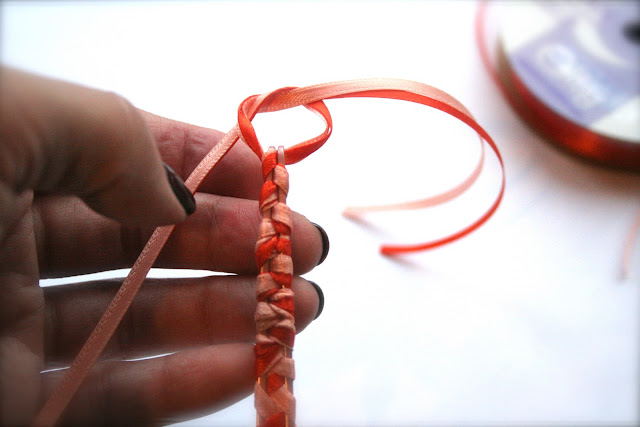 When you get to the end you should have about seven inches of ribbon left......tie the two sections in a knot to finish off the barrette.  This will keep the braid tight and give you that truly 80's flair........you know you want it! 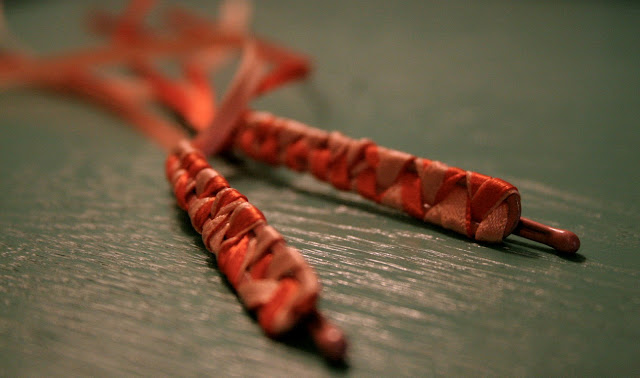 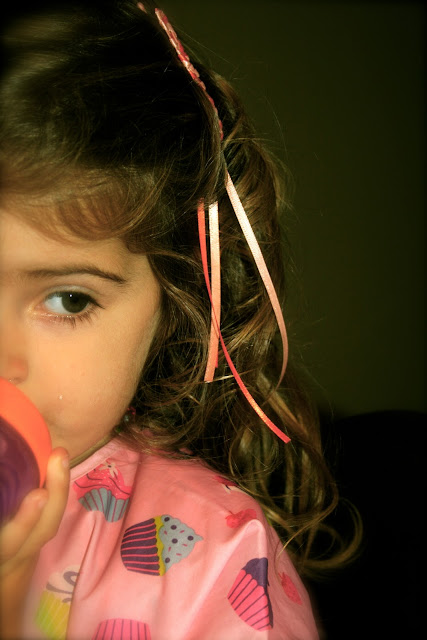 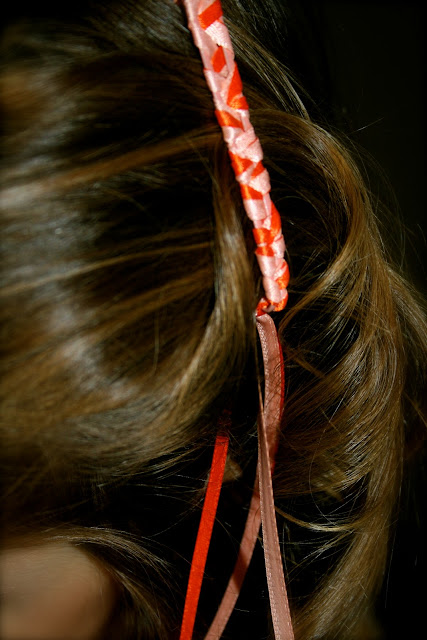 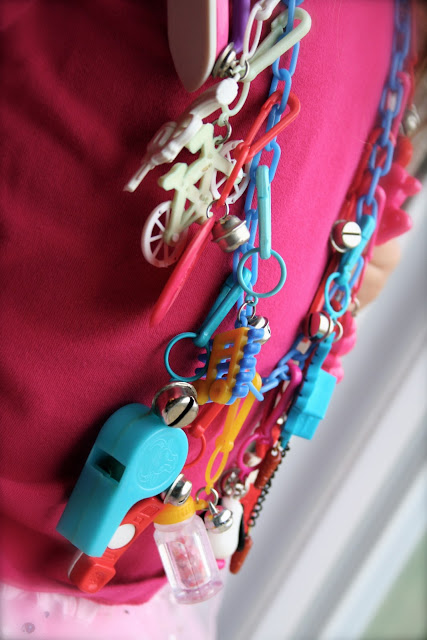 Georgia thought it was pretty cool--she told me phones didn't look like that when I told her that's what that "thing" was that's hanging next the whistle......... 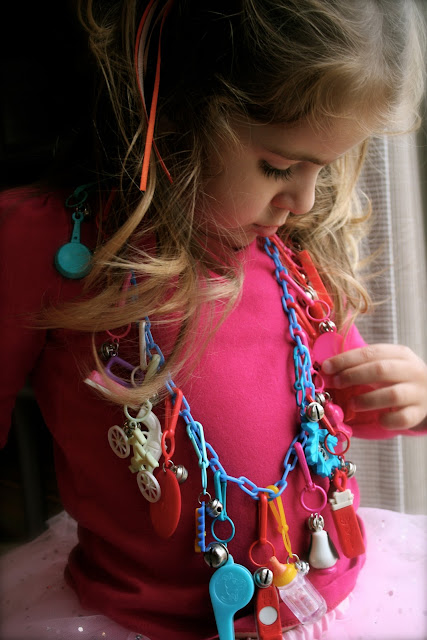 Can anyone spot the cigarette lighter charm?  How adorable is that for a charm on a necklace that a twelve or thirteen year old wore?  Childhood smoking just isn't as cute anymore I guess.  What in the world!?
Posted by maggie at 2:04 PM