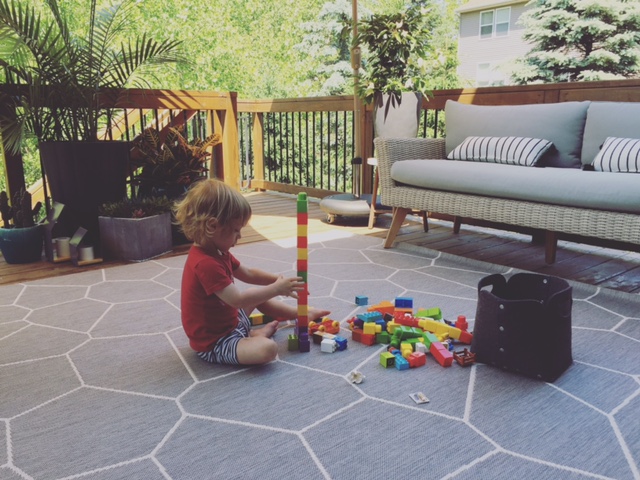 A request for some deck details was a good motivator to bring me back here.  We spend a lot of time on our deck in the summer and fall because here in Michigan you blink and it's time to get back inside and shut the doors for months on end and turn on the heat.  We've kind of made the deck a second living room and over the last few years have collected some really basic pieces that we use over and over again to make it one of our favorite places to be.  We don't have a huge deck at all so we can't put as much on the deck as I'd like to and there are some days Chris would argue I need to stop already.

Our deck is also basically on the face of the sun, that darn western exposure, so I'm pretty thankful that succulents and cacti and palm trees are having a good long moment, and are pretty cheap, because that's about the only thing I can guarantee won't look dead every day between the hours of noon and seven p.m. I get a lot of those kinds of plants at Lowes and even my local grocery store (and Grand Rapids friends--check out the D & W at Knapp's corner for great inexpensive plants--while their groceries and produce are a joke in every context--they sell some amazing cheap plants).

I think it's worth it to go out and buy a really huge pot--really huge--to anchor small cheaper pots around.  However, the really big one I have is from a local nursery (Horrock's if you live in Grand Rapids) and was less than $50.  And you really only need three to five pieces in a little group to make an impact.

And the item that I'd say really transforms an outdoor space is something that creates a running water sound.  My mom has had this little copper lotus leaf bubbler (featured below) for a long time and there aren't really any other ones on the market, which is so weird to me, but you can find this one on Amazon and it's so easy to just place in a pot and when you hear that little trickling water sound, it just instantly makes your deck seem like a get away.

A few of my other favorites are in the collage below--the rug we have from Target, some pots from Target that we've had for years and they still are doing well despite baking in 100 degree heat every day, the love-seat from World Market that's a few years old but they still sell them, the little house lights from Target that are under $10, and some more favorite planters and plants. 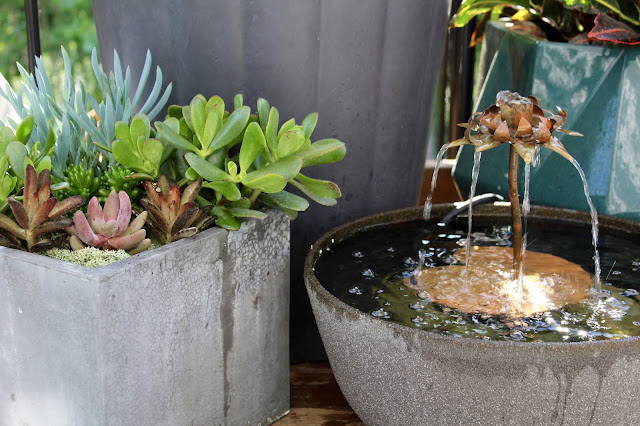 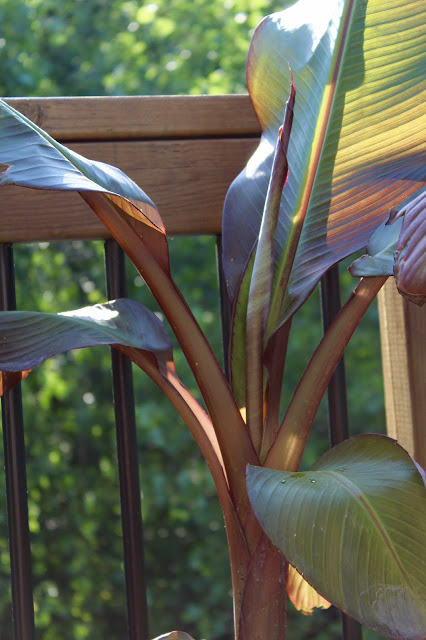 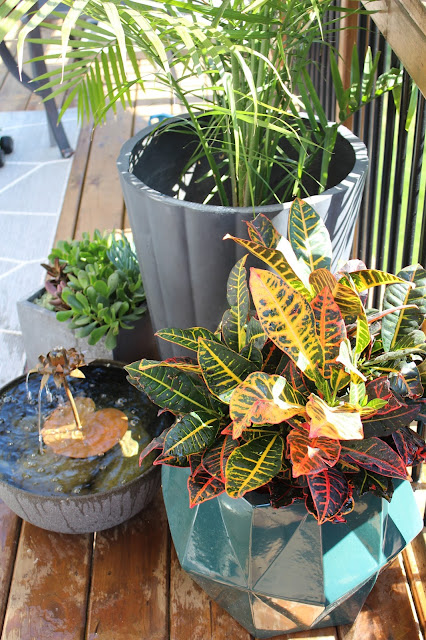 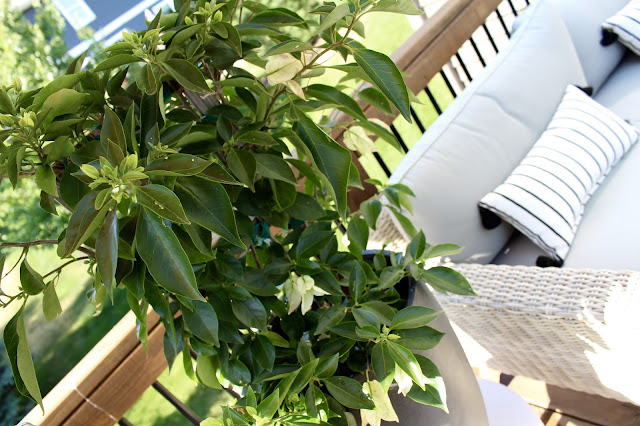 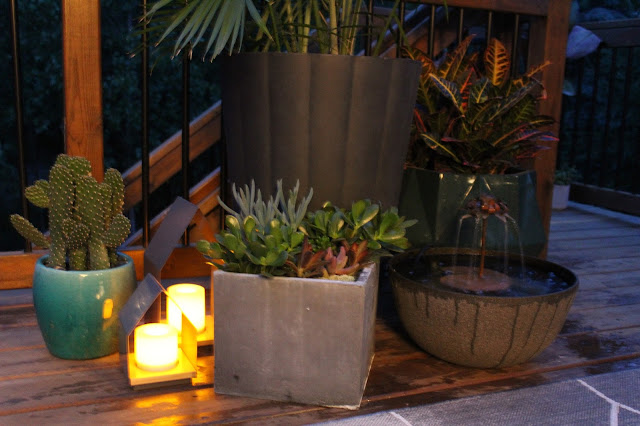 That little cactus in the turquoise planter is called a road-kill cactus and I got it at Lowes.  No prickles either! 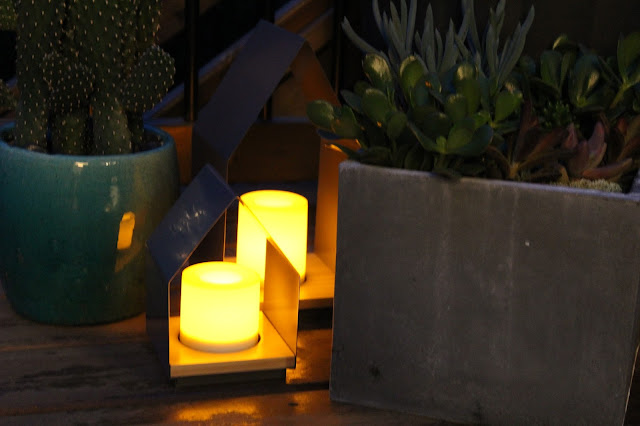 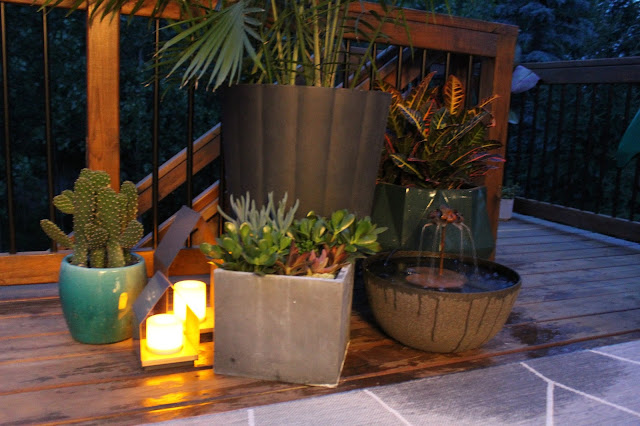 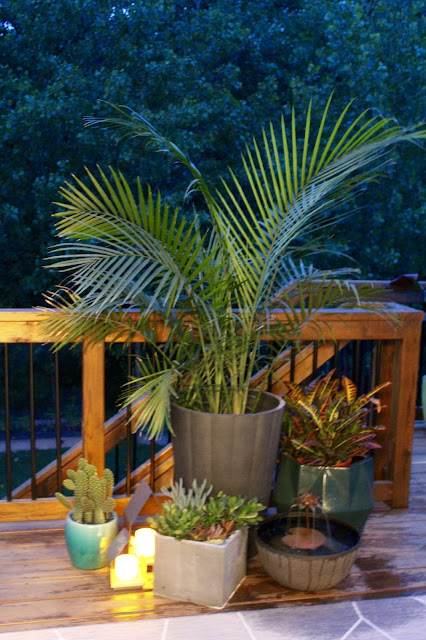 So--that's about it!  We also have two pretty huge cantilevered umbrellas on the deck that we bought on clearance one year at the end of the summer but that's not too exciting--but so necessary being that whole face of the sun thing.