I am a builder. 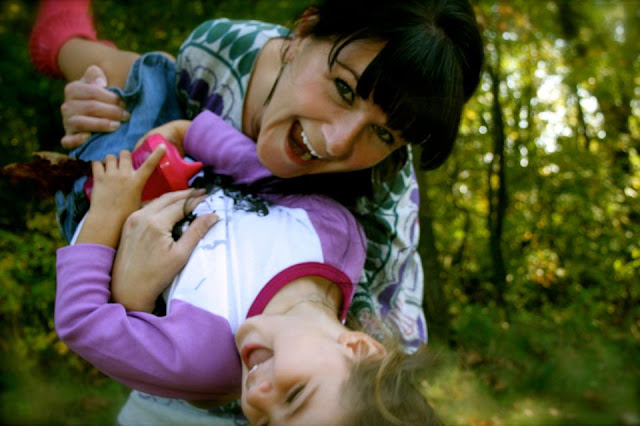 Fighting.  I feel like I'm getting really good at fighting with my four year old.  Actually, that's not true.  I suck at it.  And no matter how many times I say the proverbial parent line, "I'm not arguing with you about this.  Mommy is deciding," or the  Love & Logic moniker, "I love you too much to argue with you," we fight.  And it is exhausting.

We fight about socks, jeans that look like boy jeans, jeans that look like mom jeans (seriously--she called a pair of jeans 'mom jeans' today--I own no such thing), where I brush her hair after a bath, the volume on her music before bed, why she can't eat brownies for breakfast, why she can't eat cereal out of a box in the car--the actual cereal box, why I don't know the answer to how big a beaver dam is (that's right ,keep laughing--it's real funny when you're the one explaining how beavers knock down trees for the thousandth time and the explanation is still not sufficing), and on it goes.

And one of the most frustrating pieces of advice triviality that people tell new parents is "pick your battles."  Yeah, I think we all get it.  I'm not going to fight over what bow Georgia wants to wear in her hair, what pair of (reasonable) shoes she wants to wear, how long she wants to hang out in the bathtub, what pajamas she chooses, or how many stuffed animals she wants piled in her bed every night.....but some things........they're not going to be battles because the outcome isn't negotiable.

Enter.......the inevitable fight.  The growing pains.  The hard work.  And I'm choosing to clutch tightly to the other thing everyone tells first-time parents, "It's just a phase."  That this head-butting of sorts will pass and something else will take its place until more head-butting of the tween variety sets in.

I say all that to say that in the process of these little moments (which makes them sound cuter) I have to remember that I am a builder.  I so badly want to say things to my daughter in the midst of these disputes out of frustration, anger, irritation, and sheer humanity.......but I have to bite my tongue.  Does that mean no correction? No consequences? No hard lessons? Definitely not.

But it means I need to watch my words.  Because frequently the words that we, that our children, remember with the most accuracy and clarity out of all the amazing ones that will ever be spoken to them are the ones that cut.

I can distinctly remember three different comments made to me while growing up, all before the age of ten that hurt.  A lot.  I remember who said them to me, where I was when they were said, what it smelled like, what I'd done right before they were said, what I was wearing........everything.......because they were hard comments.  Unnecessary.  They didn't build me up.  They weren't constructive.  They hurt. And I carry the ramifications of them as a thirty five year old.

And if you're honest--I bet you have them too.
And I'm not naive enough to think that my daughter won't have them.
I'd just like to do my best to reduce the amount of them she attributes to me.
I want to be her builder.
And building is hard work.  Things need to be readjusted, taken apart, reevaluated, secured, repaired, and contemplated.  A good builder doesn't destroy their project mid-stream because something is frustrating about it, not going well, a little different than originally envisioned, or taking longer than originally thought.  A good builder keeps plugging along.  Making intentional decisions and consistent progress.

I'm her builder.
And I write this today more of a reminder for myself than for anyone else.  Getting it out.  Hitting publish.  It's for me.  I need to feel convicted of it in the midst of an embattled week.........

If you're there too, you're not alone.  Just remember......we're builders.  And sometimes it's really hard.
Posted by maggie at 2:33 PM