And just to prove to you all what a freak I am....I wouldn't post this before today because I needed to be "through" the weekend and "relaxed" before I put this out into space for criticism, judgement......and maybe.....a little mama sympathy?????  Please????

I flew to Atlanta on Friday to attend a conference with one of my Mom Colored Glasses partners, Rachel.  The conference was great......but the real point of this post is to let you in on my crazy.  About a week before we left I started having my typical panicky moments and regrets about going away and leaving Chris and Georgia--the same little fits I have every time the three of us aren't together.  But this was worse--because I was going on an airplane.  (Cue impending doom music.)

Sidebar:  I don't like being away from each other as a family.....ever......and Chris and I are pretty much on the same page as far as this is concerned.  Georgia doesn't leave us for over nighters unless we absolutely need to be somewhere ourselves over-night or a work situation arises--but otherwise.........she's ours......all ours.  We did go to Arizona right after she turned one and we've gone away on other little one or two night trips here and there,  and that was great--but doesn't need to be a habit.  And I know.....perhaps I sound like an over-protective helicopter mom (and dad--it's both of us I promise you) but............I just don't care.  It's the beauty of being a parent--you get to make the decisions.  And with the amount of time that Chris spends on business trips it's important that we're together as a family when we can be.

So with the above weighing heavily on me combined with an airplane ride (which I never worry about when Chris jets across the pond) I was certifiable.  In the midst of a disgusting cry session a week ago about how maybe I shouldn't go, airplanes are dangerous, make sure Georgia knows I love her, blah, blah, blah Chris came over and gave me a big hug.  "You're a really ugly crier," he said lovingly.

That's how we roll folks--love and sunshine and unicorns just overflow from us.

I laughed--because Chris is really good at making me laugh when I'm being ridiculous.  And I was being ridiculous.  Not ridiculous because I don't like leaving my family (that's normal--at least I think it should be) but because I let worry paralyze me.  Worry about things I have absolutely no control over.  And this debilitating worry has been a theme I've allowed in my life for quite some time--I've allowed it to rob the joy out of things and that's just plain crazy.  No one has ever told me I should worry or that worry is worth it, I never saw my parents or sister worry about things to the level I know I do so it's not that I learned by example--it's just this genetic make-up that I have a hard time shaking but need to.

When people have bad tempers we don't tolerate it.  We say, "Hey--crazy red-faced guy who's flying off the handle about someone not going fast enough after the light turns green---it's time to get that temper in check."  When people are impulsive and make rash decisions with no thought to the ramifications we say, "It's time to talk about developing some self-control."  Why don't we treat worry more serious.  Why don't we view it as a problem like other things.

I need to start looking at it as a problem.  I should probably start worrying about it.  I should probably start reprimanding myself for it and asking others to hold me accountable for it because it's just not worth the mental energy.  And I'm not talking about the normal worry that everyone feels on occasion.  I'm talking about the gut wrenching sobs, sleepless nights, and excitement sucking worry that I succumb to on a regular basis.

So.......it's Monday.  It's new day, a new week, and I'm going to work everyday on building up a wall against worry.  I want to look forward to things like I used to instead of dreading them and only allowing myself to have a good time once I'm "there." Anticipation is a great thing--it's what keeps us plugging along and working hard.  Worry just makes you stop dead in your tracks in the hopes that something that should happen and that will be good, doesn't happen.  And that.............is just plain insane and a waste of good old fashioned excitement. 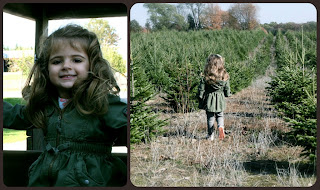 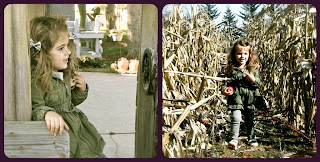 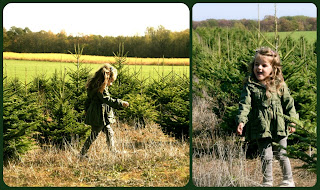 Georgia had no problems with worry this weekend......she had a great time up at Great Grandma and Grandpa's farm hanging out with daddy!
Posted by maggie at 3:32 PM