Thirty Six Things I Love About This Guy.

Chris turns thirty six today.  Thirty six!  I've known him since he was nineteen, started dating him when he was twenty, married him when he was twenty three, and have been thankful for him and in love with him all the days in between.  Sometimes I really can't believe I get to call him my husband and that he gave the girl that dumped him a second chance.  That's right.  I dumped him.  On Valentine's Day.  After he gave me a present.

Happy Birthday Babe.  Here's thirty-six things I love about you.  There's about a bajillion more.

1.  He makes me laugh.  Harder than anyone else.  Almost everyday.  I could list all of our inside jokes--but that'd just be obnoxious. 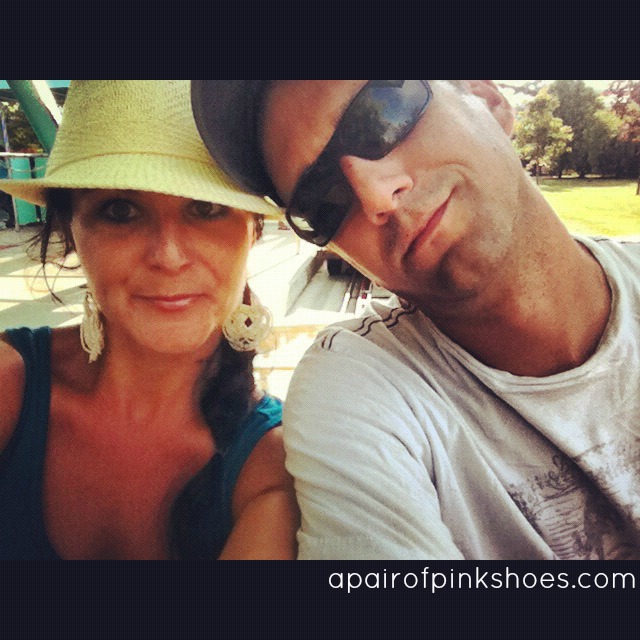 3.  He sets the table for me every night.

4.  He loves our daughter like crazy.  The feeling is mutual.  And to see the two of them together is magic. 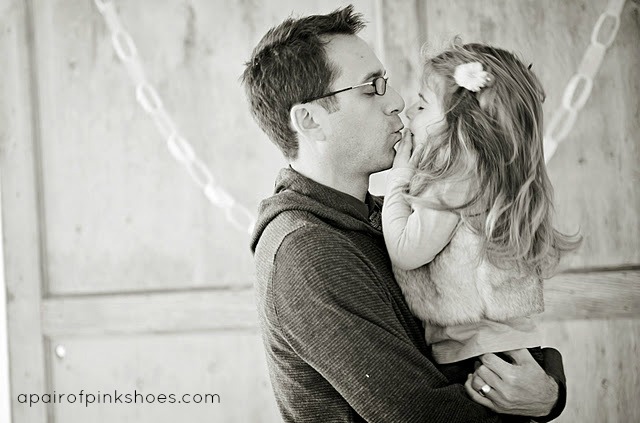 5.  He's smart and amazing with words.

8.  He lets me buy him stuff like white jeans and suede shoes and he'll wear them and look pretty amazing in them. 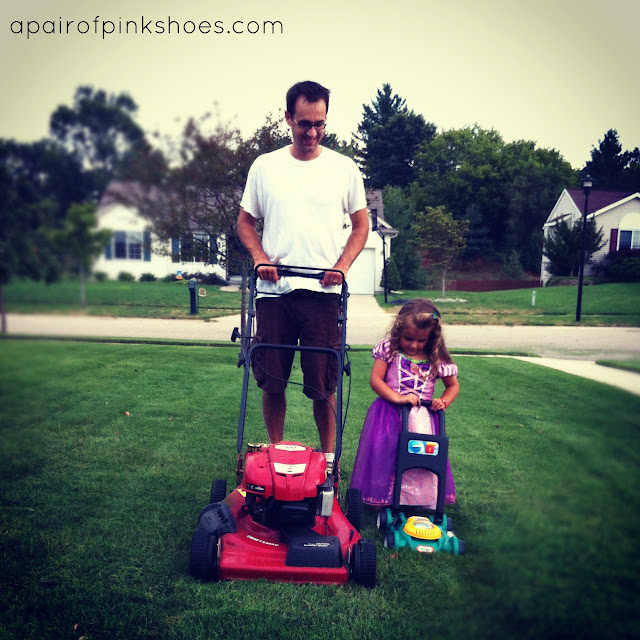 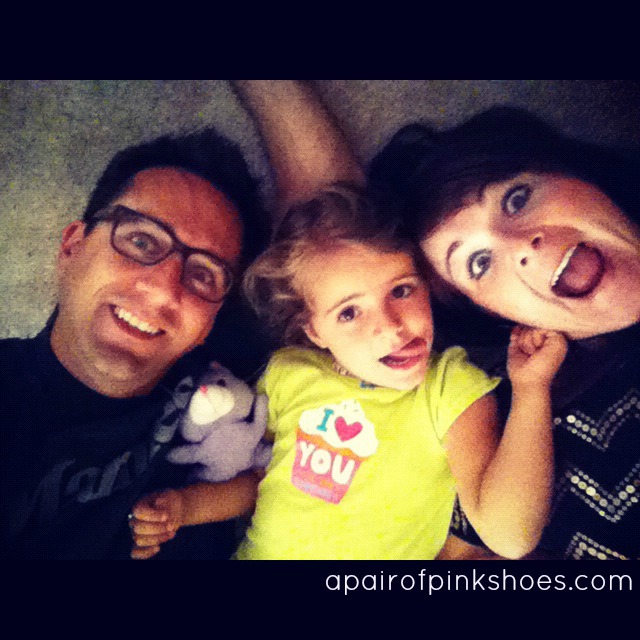 16.  He reads every one of my posts on Pink Shoes.

18.  He laughs at my clothes, tells me some of them are crazy, and then tells me I'm beautiful in them.

19.  He's honest with me when I'm being ridiculous.

20.  He takes Georgia on dates like going out for donuts every single Saturday morning. 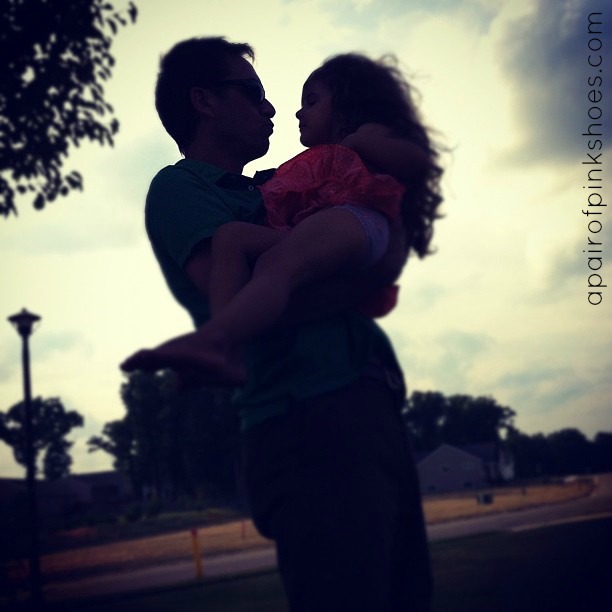 21.  He is literally the worlds best pancake maker.

22.  After our first date, our sophomore year of college, he told his brother he'd met the girl he was going to marry.  I dumped him the next month.  When I came to my senses a year and half later (and he'd grown his hair long and gotten an earring) he took me back......after some groveling on my part.

23.  He can fly airplanes and I think that's pretty hot. 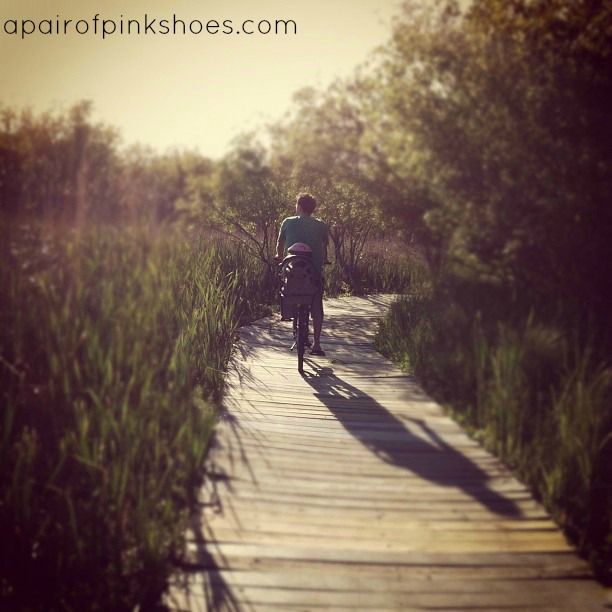 25.  He's objective and really tries to see both sides before making a decision.

26.  He always tells me thank-you for making dinner, doing the laundry, cleaning the house, and going grocery shopping. 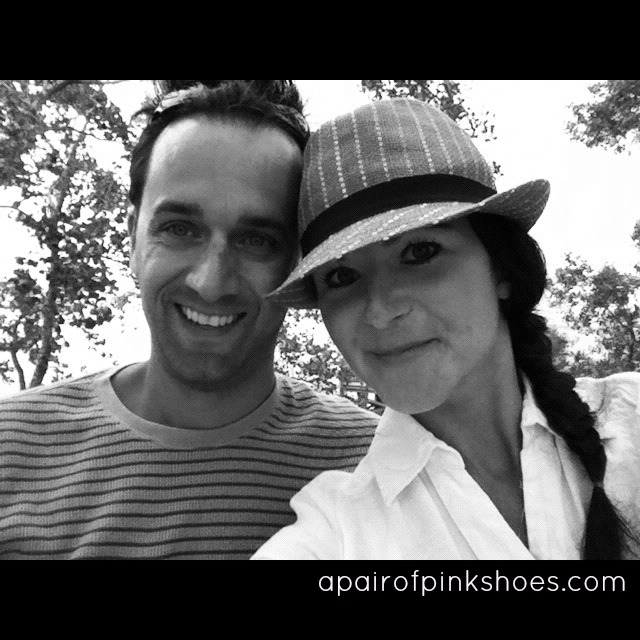 27.  If I want to do something, he wants me to try and supports me through it.

28.  He works hard at our marriage and wants it to be better everyday.

29.  He shows Georgia everyday how a man should treat her.

30.  He has the best hands.  I pretty much wouldn't date a guy if he had girl hands--his passed the test and still do.

32.  When he found out Georgia was a girl he was thrilled.  He was made to be a daddy to a little girl. 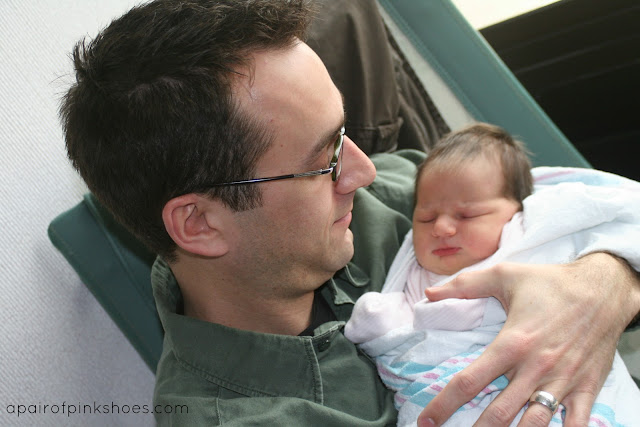 34.  Politics.  He loves them and can talk about them forever.  I love that.

35.  He gets up with Georgia every Saturday morning so I can sleep in.  Seriously.  That's amazing.  How did I not put that as number one?

Just think....in thirty six more years we'll be 72.  Yikes.  We need to start looking for that condo in Puerto Vallarta.  STAT.
Posted by maggie at 8:24 AM