Fanny's Dream. And Passion. And Happiness. And Just Being Happy….Where You Are.

That's a good long title that I'm sure will do well in terms of SEO.  But I'm sticking with it.

Georgia brought home a book from library day at school this week called Fanny's Dream by Caralyn Buehner.  We read it together and it was clear from the get-go that it was an adaptation of Cinderella.  Farm girl who wants to be a princess hears the mayor is going to throw a ball so she waits, and waits, and waits and waits for her fairy god-mother to come and transform her into a vision so she can race down the hill to the ball.  But she never comes.

Instead, Heber comes.  (Super attractive boy name if you're in the market by the way.) And Heber tells her that he's no prince (we know--your name is Heber) but he can give her a good life and they'll be a great pair and he lists all the ways she'll be taken care of; chivalrous ways to be sure…..not necessarily living in a castle kind of ways however.  She thinks about it for an hour. Mind you, this is about 58 minutes longer than the real Cinderella considers marrying Prince Charming--so Fanny really gives it a lot of consideration and weighs out the pros and cons. In the end, she decides to choose Heber because the fairy god-mother is for sure a no-show at this point.

The book then chronicles Fanny & Heber's life for the next few years; a nice little house, they make each other laugh, they have cozy nights at home, they have three great kids, and on and on.  And finally…..finally…….six or seven years in……..the fairy god-mother shows up and tells Fanny that now she'll change her into a princess and she can marry the prince because the mayor is throwing another ball.

Fanny looks over her shoulder, back at her quaint little house where she knows her husband is reading to their three kids and she thinks about her life and she tells the fairy god-mother, "No thanks."  And my favorite part--the last line of the book--when she walks back into her house and Heber asks her who she was talking to outside she says, "My fairy-godmother Hebie."  And he replies, "Yeah, and I'm the Prince of Sahiba."

And my gut reaction at the end of the book was, "Awesome--Debbie Downer."
But then I kept thinking about it and it struck me….why did I think that was a downer of a book?  Wasn't it realistic?  In a good way?

Fanny learned one of the most important lessons there is to learn.  A lesson that I don't think a lot of young people (and I include myself in that category) are learning today; in an era that speaks Pinterest quotes and self-help books that spout 'you better get every last thing you want and desire and dream about and feel passion about…..or life isn't worth living' crap.

I think the ability to choose happiness, to learn happiness, to be realistic about happiness is waning, dwindling, and being eclipsed by PASSION.  And this eclipse is changing our definition of happiness…..and not in a good way.

I am so weary of people talking about finding their passion.  Finding what they're passionate about it and doing it. Only doing it if it's their passion.  Leaving others in the dust if they can't get on board with their passion.  Realizing that where you are right now in life isn't really your passion--so go ahead and abandon everything you're currently doing…..to find your passion.

The word passion feels about as stagnant to me as describing something as "epic."

And also…..I fear there's a whole lot of me, me, me wrapped up in finding all of our passions. 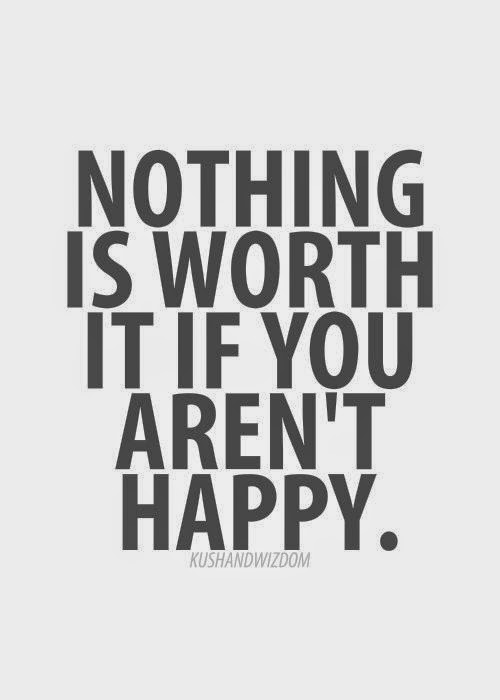 all over Pinterest I wonder what "happy" really means?  Because there's no way I believe that you shouldn't do something unless it makes you happy; assuming we're talking about the most used definition of the word happy.

I wasn't real happy while I was going through five years of infertility treatments.  But I did it anyway.  Because we wanted to try and figure out what was keeping us from getting pregnant.  Nothing. That's what.  No answers.  So……..a lot of happiness in that.

But we did it.  And ten years later, I suppose I'm "happy" we went through it because the end of that twisty road led us to Georgia and eventually Crosby.  However, if someone could have told me after year one of Clomid shots and one IUI after another that it wasn't in the cards for us to get pregnant and we should just stop right now and pursue adoption and had I really been in the right frame of mind to hear that advice and act on it, I probably would have been much happier along the way.

We kept at it though even when we weren't happy.  Even when it really blew….we kept at it.  I guess I'm glad meaningless Pinterest quotes weren't so prevalent ten years ago.

And Fanny?  I believe that at the end of the book she was happy.  Really happy.  It might not have been what she'd dreamed of all those years ago and it might have been a lot of hard work, being a farmers wife……because life is hard work, but she realized while she was waiting for her fairy god-mother that it's pretty unrealistic to depend on someone else (or something else) to come along and bestow happiness upon you.  It's really a mind-set, a choice, a daily decision, something you have to work at, and something that might just creep up and surprise you one day because you've put so much effort into getting there, even when it hurt…..even when it meant giving up something you thought you really wanted.

So really…..do things that you love, that you feel passionate about, that make you act like a better person. But, not at the expense of others, not because you don't feel 'happy' right this minute, and not because you think something or someone will solve something hard for you that you don't feel like putting the effort into yourself.   There are no reliable fairy-godmothers.  Fanny knew that; hers was seven years late.

We know that.
We have to acknowledge that.

And when we do, we might find that what we originally thought was going to make us happy wasn't really it. 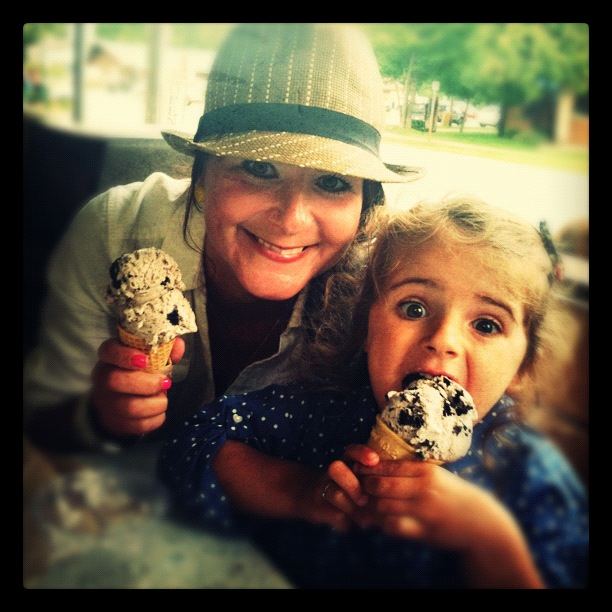 Totally unrelated picture other than we're happy.
Posted by maggie at 12:59 PM