I'm taller than you. Yeah, but my name has more letters in it.

And I'm two months older than you.
But I'm younger than her.
Yeah, well my hair is longer.
That's okay, mine is wavier.
I have two G's in my name.
So, I have an F.
Well…..we both have O's.
My birthday is the first day of spring.
Yeah--but it's hot out when it's my birthday.
I have a bitty baby.
So do I….and a big American Girl doll.
I do too.
I've been to Florida.
Me too…..with you.
I'm wearing a dress today.
Yeah well……

"Hey girls," I interrupted……"you're both wearing a dress.  The same dress and the same leggings."


(Proof of matching outfits.  And I snagged this picture from my other online home.) 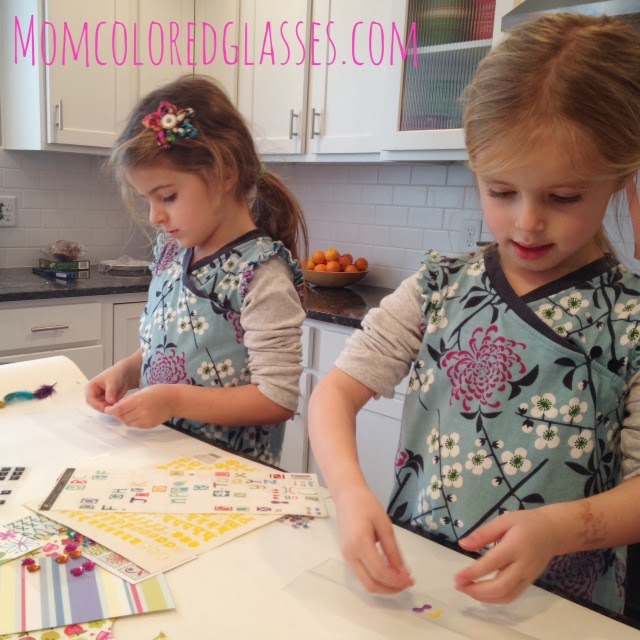 I listened to my daughter and her best friend comparing the goods this morning as they sat peacefully next to each other at the little desk in our kitchen coloring.  They weren't looking at each other; heads down, concentrating on what they were doing, talking quietly……but firing back and forth who had what and who didn't. It was friendly.  Just….focused.  I listened for a while without stopping it until I felt like it was teetering on ridiculous…..and let's be honest…..arguing about who has more letters in their name was insane right from the get-go.

But it got me thinking.  As a thirty six year old…..their conversation was just……meaningless.  At least to me.  But it wasn't to them.  Being taller, older, and owning a name full of letters--or the ever amazing letter F was a big, real deal.  Different thresholds of excellence for different ages.

For six year olds……the season that birthdays fall in.
For thirteen year olds…..who texts you at night.
For twenty year olds…..what kind of laptop you have……heck…..I still worry about that too.
For thirty year olds……where you're at in your career.
For thirty five year old moms…..what brand of stroller you have, are your diapers organic, do you make your own baby food, do you have the right kind of baby carrier,  is your car seat top-of-the-line….and really, I could go on here because I'm a thirty five year old mom.

The point is…..who listens to me talk about this….stuff…... and thinks, "it's funny…to hear her worry about all that…..it's so silly….it's just not a big deal.  It's like when six year olds used to worry about who was older."

To me it's real.  To those beyond me, who've acquired more life, they know it's fleeting.  I'm not suggesting that what is important to people isn't important.  I WANT my four year old to engage in conversations about age, and names, and states visited…..it's normal and expected for a confident, secure almost-kindergartner, but I want to help her understand that they're not details to get crazy upset about.  And I'm going to talk to my friends about great strollers and maybe even wish I had the latest and greatest toys for my play room from Land of Nod, but the perspective I need to have about those things transcends my mere thirty six years.

So this year…..my goal is to act like double my age…..at least in perspective.  No orthopedic shoes yet….although I'm sure when I reach the age of 72 there will be "cool" orthopedic shoes and knock-offs.  It never ends.  I'm realizing that.

But when it comes to perspective…..tacking on a few years can't hurt.  And I believe in an age where we can all see what everyone else is doing, buying, making, photographing, eating, packing for, driving, wearing, reading, listening to, and engaging in the second they're doing it…..in photo app filtered and edited glory, asking yourself, "What would someone double my age think?" might help you just appreciate the beauty and creativity of others versus feeling down about yourself because of it.